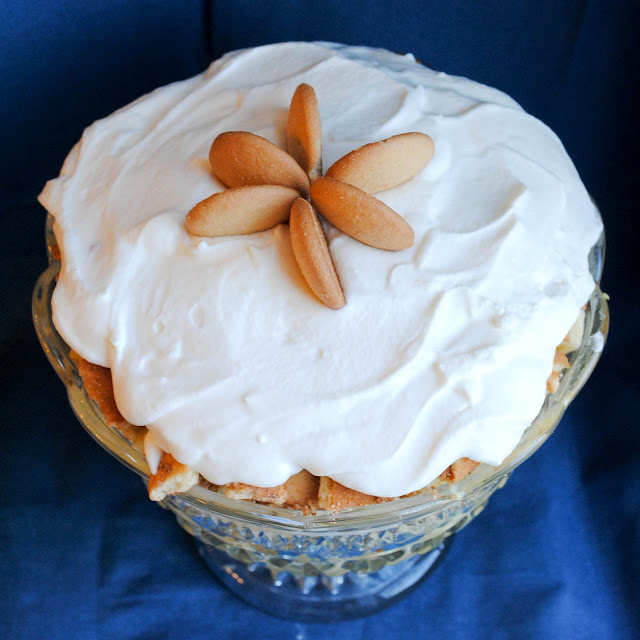 Milk is like your crazy distant cousin who seems totally cool but is secretly harboring a boatload of bitterness which one day explodes and makes your family reunion really awkward.

One minute everything’s calm. Peaceful little bubbles are slowly forming on the surface of the milk.

You look back and all you see is a tower of foam spewing its angry, milky wrath all over your stove.

And you’re left with nasty burnt milk crusties all over the place.

Not cool, milk. Not cool.

The crazy thing is, I boil milk on a pretty regular basis. And every time I think, “There’s no way I’m letting the milk get me this time!”

But it gets me. Every. Time. 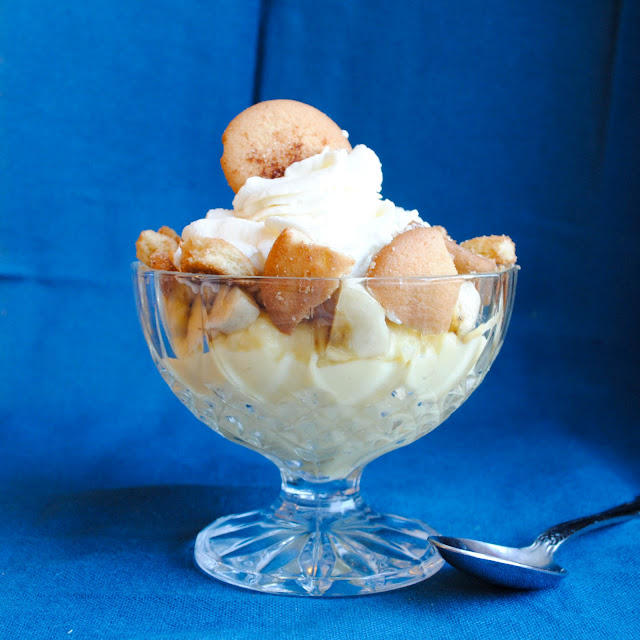 This may be the reason I’ve never made homemade pudding before. Not because it’s super hard or time consuming, but just because it involved boiling milk.

But I’ve decided milk can no longer keep me from warm, creamy homemade pudding! So I stared milk straight in the face and made some darn good pudding.

Did it overflow and cause a good portion of my stove to be brown and crusty? Yes, yes it did. 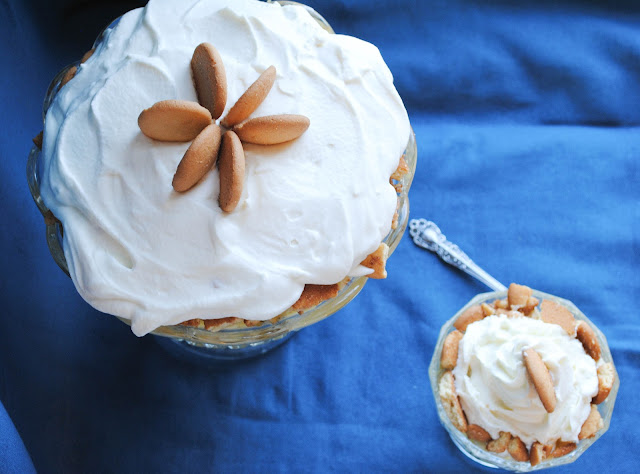 This is the real stuff guys. Thick, creamy pudding spiked with coconut rum. Crisp, crumbly vanilla wafers flecked with butter and cinnamon. Fresh bananas and whipped cream that maybe also has a little rum in it. (Hey, I’ve got to have something to get me through these stressful milk boiling episodes!)

The only thing that could make this better would be to sprinkle it with toasted coconut. Because clearly everything is better with coconut.

But since other weird people don’t like it, I decided to hold off. I try to make sacrifices now and again.

But if you, my coconut loving friend, want to add it more power to you! Then you can invite me over and we can talk about how annoying taxes are, and how expensive (but a-ma-zing) Anthropologie is, and how our March Madness brackets are totally wrecked. Deal? 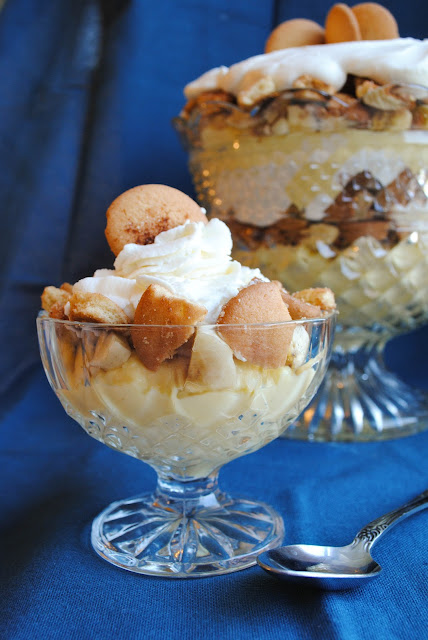 Directions:
1. To make the pudding, whisk the egg yolks, sugar, cornstarch, and salt together. Make sure the cornstarch is thoroughly incorporated and no longer clumpy. Set aside.

2. In a large saucepan, bring the milk to boil over medium high heat. Remove from heat then whisk a little at a time into the egg mixture. Once the egg mixture is warmed, slowly whisk the remainder of the milk into the mixture.

3. Pour the mixture back into a clean large saucepan (this prevents the pudding from sticking). Add the rum and heat mixture over medium heat until thick (about 3 minutes). You want it to form big bubbles on the surface. Cook another 2 minutes, whisking the mixture constantly to avoid lumps forming. Transfer to a clean bowl (and lick the spatula..because warm pudding is the BEST!). Add butter and vanilla and stir until thoroughly incorporated. Press a piece of saran wrap directly onto the pudding and refrigerate for 4 hours or overnight.

4. To make the crumble, heat oven to 325 degrees. Break up cookies into bite size pieces. In a bowl combine wafers, sugar, cinnamon, and salt. Spread on a lined baking sheet and bake for about 12 minutes, or until toasted.

5. To assemble, layer 1/3 of the pudding followed by the bananas, wafer crumble, and whipped cream in a large trifle bowl. Repeat 3 times, ending with the whipped cream. If you don’t want your wafers to get too soggy, assemble immediately before serving or serve in individual bowls with crumble on top.