First, I want to congratulate Anne Smith, the winner of the Microplane Grater Giveaway! Thanks to all who entered the giveaway! You all made me so hungry with your comments. If I had a million dollars, I’d give you all a shiny new Microplane and a big, fat hug! 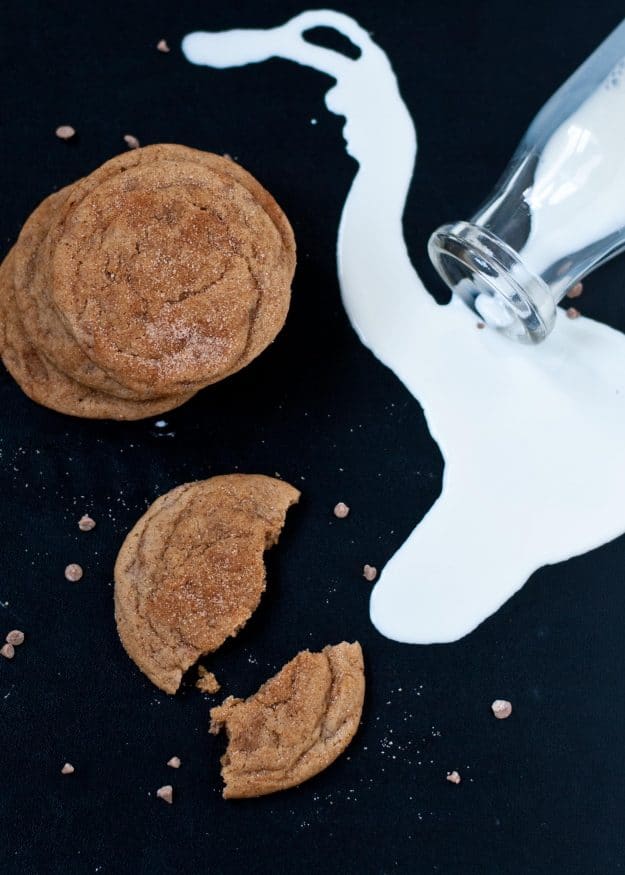 Guys, this Ohio weather is driving me bonkers. Back in July when I was craving salads and cucumber sandwiches it was 75 degrees and rainy.

Now, I’m in full-on fall weather food mode. I’m craving soups and stews, pumpkin, sweet potatoes, and cinnamon EVERYTHING. But the weather? The weather is not cooperating. Today it was 90 degrees and, ohhhh, I don’t know…about 4,000 percent humidity. 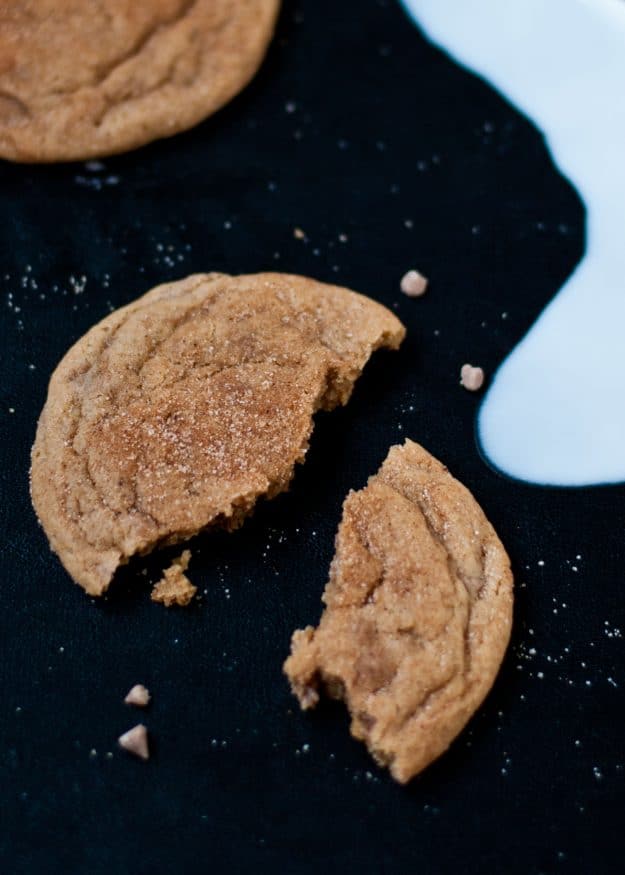 Really, Ohio? You’re going to decide to be all sunny and warm and summery now? In the middle of September? When all the pools have closed and I’m actually kind of looking forward to throwing on some boots and a pair of skinny jeans?

Not cool, Ohio. Not cool.

So here I am, on a 90 degree day, standing in front of a hot oven eating a cookie that tastes just like Autumn. 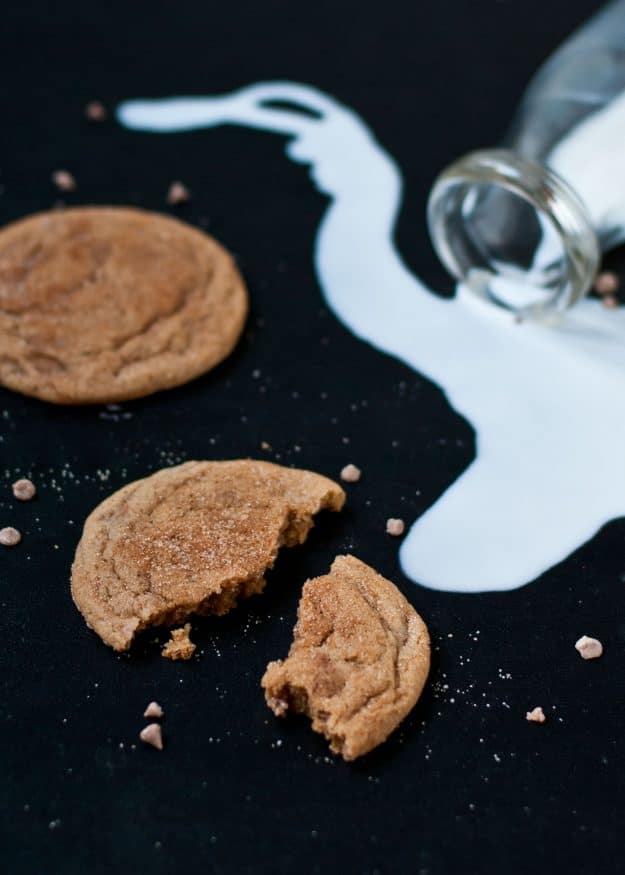 And you know what? I’m enjoying the heck out of this cookie.

I adapted the recipe for these Maple Cinnamon Snickerdoodles from Sally’s Baking Addiction’s recipe for Soft and Thick Snickerdoodles. Have you tried them? They’re big, fat, puffy cookies that taste like little clouds of cinnamon goodness. They’re fantastic.

So I replaced all the white sugar with brown, added a good pour of pure maple syrup, and stuffed them full of mini cinnamon chips. 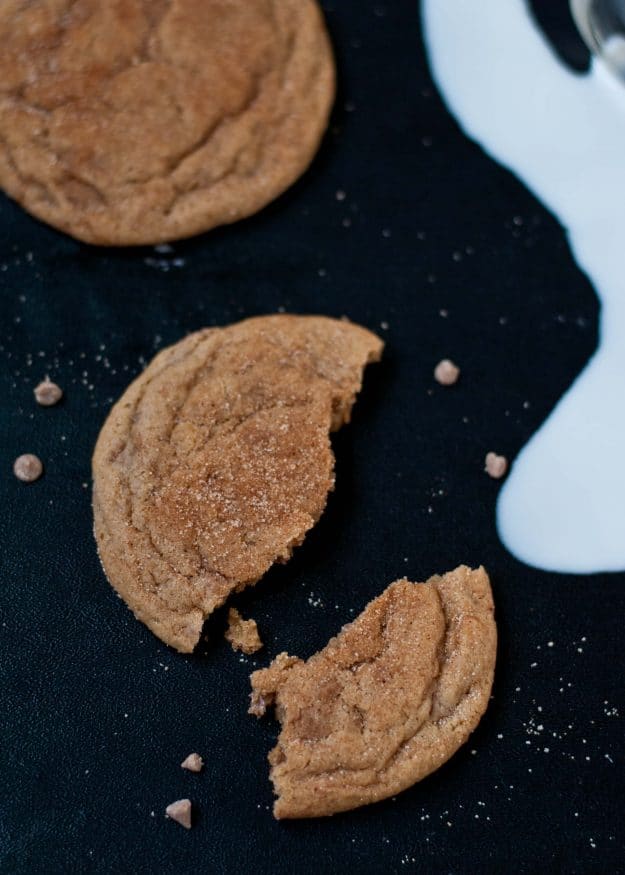 This story has a happy ending. These cookies are a new favorite. The Mr. and I gobbled them. Gobbled, I tell you.

One bite and your brain will be screaming all kinds of things at you.

Like…”Hey you! Yeah you with the cookie crumbs on your face! How ’bout you get us a glass of milk?”

And “You better not even think about taking these into the office! I want ALL THE COOKIES”

These cookies are sweet, innocent, and totally addictive. The brown sugar makes them chewier and richer than typical snickerdoodles, and the tiny cinnamon chips melt in your mouth. Most grocery stores usually start to carry Hershey’s Cinnamon Chips this time of  year, but if you can’t find them, you can also buy cinnamon chips on Amazon

or King Arthur Flour (their mini ones are my favorite!). 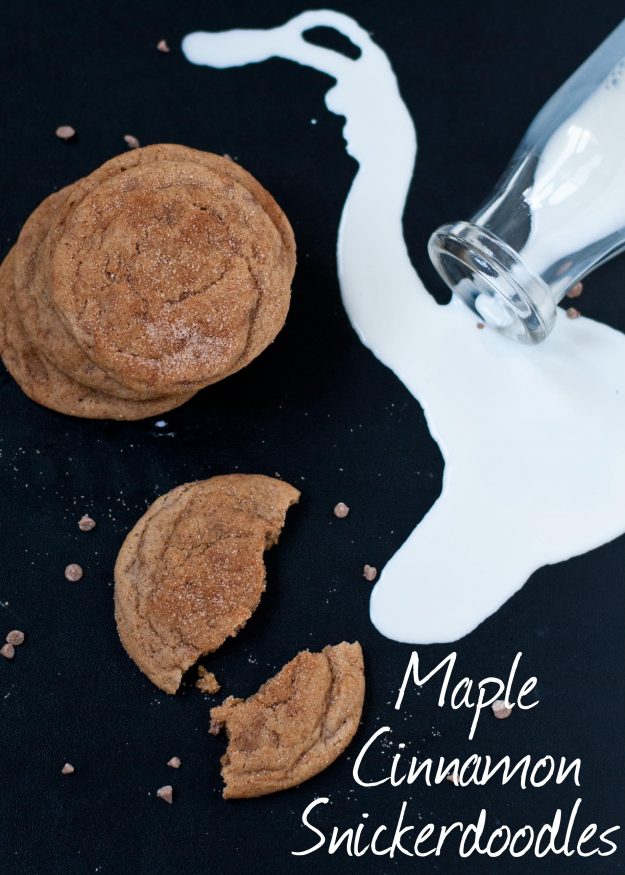 90 degrees or not, you won’t regret heating up your kitchen with a batch of these Maple Cinnamon Snickerdoodles. Promise.