This Raspberry Cordial is sweet, but not too sweet. Serve it with the fanciest linens you own in the company of kindred spirits. It’s the way Anne would want it to be. 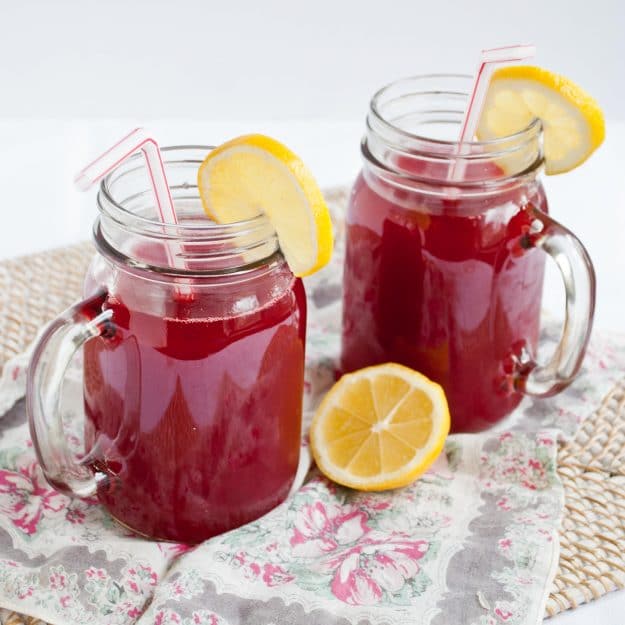 Oh, Anne Shirley. That adventurous red-headed dreamer with a heart of gold and a penchant for trouble. She’s as much a part of my childhood as Barbie dolls and slumber parties.

Anne of Green Gables is one of my “heart clutch” movies. It’s the kind of movie that makes you hold your hands to your chest, sigh, and get a little teary. It’s one of those movies that makes you laugh and cry, that speaks something beautiful into your soul.

Part of the reason I love this story so much is because I see myself in Anne. Her fierce loyalty, her awkwardness, her uncanny ability to get herself into sticky situations, her romantic idealism, her tendency to be just a tad over-dramatic. Yup, Anne and I are kindred spirits for sure. 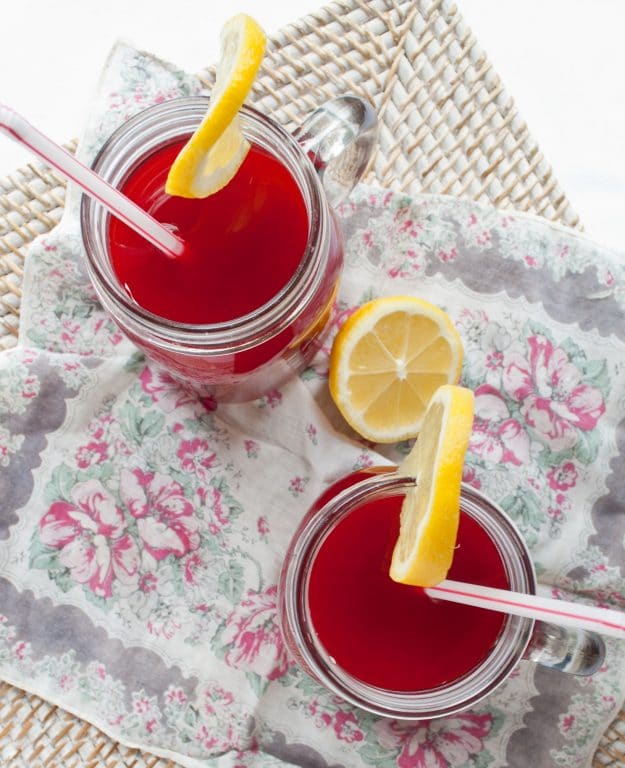 I so appropriately enjoy this movie for a woman of my age, the Mr. even surprised me by taking us to Prince Edward Island (where the movie was filmed) for our honeymoon. It’s an absolutely gorgeous setting–the kind that overwhelms you with its simplicity and grace. It’s nickname is actually the gentle island. Ummm, can you say heart clutch?

Exhibit A: this lake is called “The Lake of Shining Waters.” That’s its actual name, people. How can you not love this place? 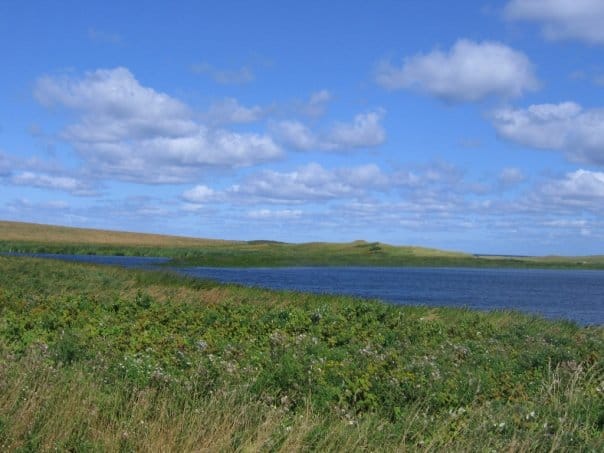 Here’s the Mr. with a slate in the school house of Avonlea. If you get the connotations of this picture, we are totally bosom friends for life. 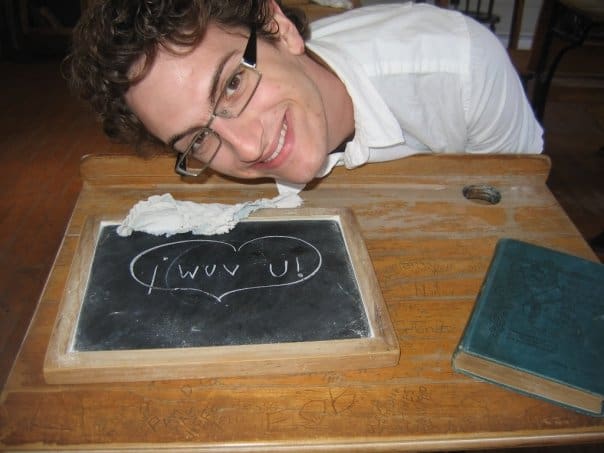 And finally me. Living out my dream of one day being Anne of Green Gables. 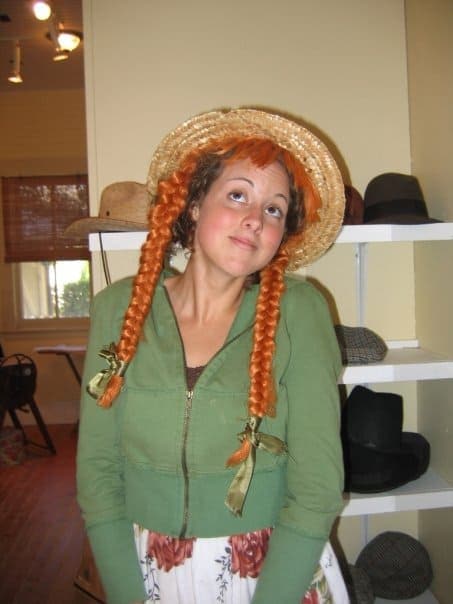 Alright, at this point you’re either thinking, me and this girl are totally kindred spirits! OR when is this crazy girl going to get on with it and tell me about this pink drink?

Don’t worry, I love you both, and I’m getting there.

If you haven’t read the books or seen the movies let me tell you the backstory of this delightful raspberry cordial. In the movie, Anne is beside herself with glee because her adoptive mother, Marilla, has agreed to let her best friend Diana come over for an unsupervised afternoon tea. Best of all, Marilla has given them permission to drink her homemade Raspberry Cordial.

When Diana arrives, Anne goes out of her way to make her guest feel at home, starting with a goblet and the bottle of cordial. While Anne jabbers on (as per her usual) in the kitchen, Diana manages to down three full goblets of the cordial. When Anne returns, she discovers Diana drunk as a skunk. As it turns out, the bottle was actually full of Marilla’s famed mulled wine, not the sweet and child-friendly Raspberry Cordial. When Diana returns home, the drama thickens, but you’ll have to watch the movie to find out what happens next. 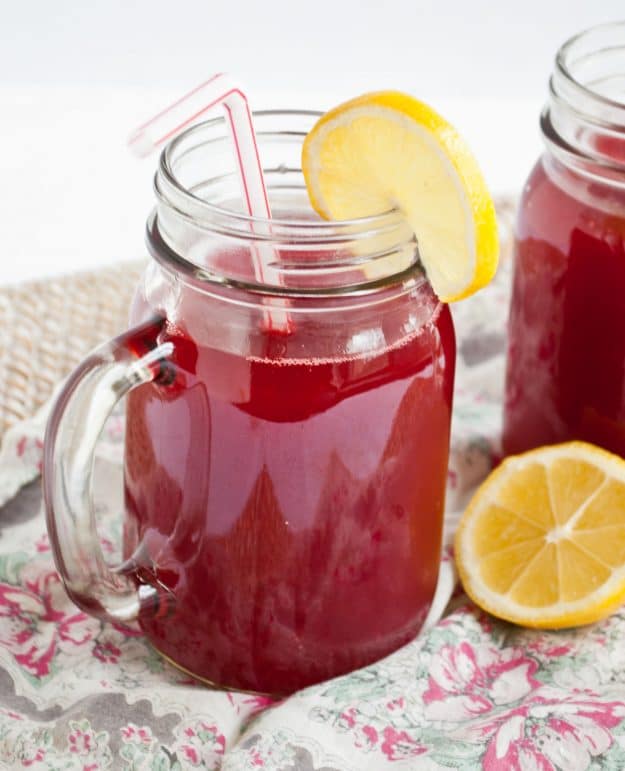 This is a re-creation of that famed raspberry cordial. It’s simple to make and only requires frozen raspberries, sugar, lemons, and boiling water. It’s sort of like raspberry lemonade, only flipped. Lemon raspberryade. Sweet, but not too sweet, it’ll have you grinning from one raspberry stained ear to the other.

Although real raspberry cordial is non-alcoholic, I think this would be stunning with some champagne, sparkling white wine, or, if you really need something strong, vodka. Either way, serve it with the fanciest linens you own in the company of kindred spirits. It’s the way Anne would want it to be.


Adapted from Anne of Green Gables