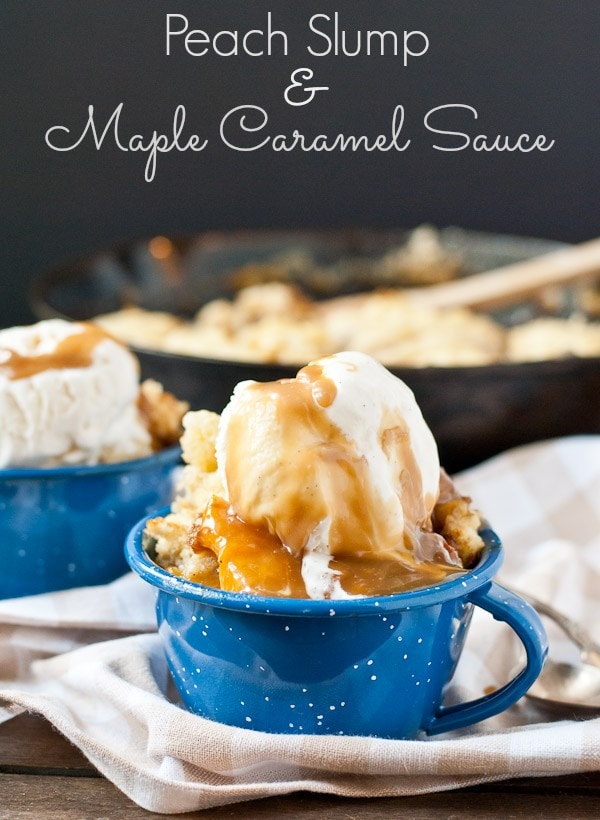 Guys, I am just giddy about this dessert. It’s got a funky name, and it doesn’t look pretty, but dang if it isn’t good.

Contrary to popular belief, slump isn’t just what you do when you realize it’s 8 PM on a Sunday night and you have to go to work in the morning. Slump also happens to be an old fashioned, rustic fruit dessert that’s similar to a cobbler, but is cooked entirely on the stove top. Unlike a cobbler where the biscuity top develops a brown crust, the dough on this slump is steamed in the pan leaving it fluffy and soft. The result is a dessert that feels like a cross between cobbler and bread pudding. 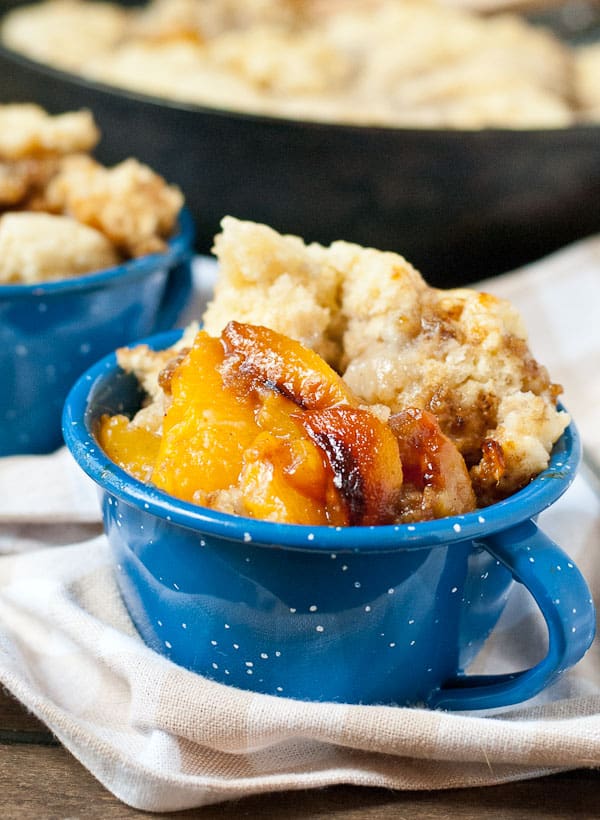 Before I go into more details, let me explain how this peach slump came to be. My neighbors gather each week for a casual hang out we call Wednesdays on the Porch. We each take turns hosting, and we spend the long summer nights hanging out on each other’s porches (or decks), and enjoying appetizers and drinks.

One Wednesday, my neighbor mentioned he had a peach tree in his backyard and a five gallon bucket full of what he called “ugly peaches.” Of course, my ears perked up. He offered to let me have some, but apologized for their somewhat beat up condition. It was nearly dark when we made it to his backyard, so I didn’t really catch sight of the peaches as I tumbled them into a plastic bag to take home. The next day, I was pleased as, well, a peach to find these speckled beauties.

They needed a good cleaning and a few bad spots removed, but otherwise they were perfect. And ridiculously juicy. And destined for slump.

I am over the moon for this peach slump. It’s partly because this recipe is truly an example of neighbor food.  It’s also partly because it’s the ideal mash up of summer and fall, a delightful collision of juicy fresh peaches and Autumn-laced maple sauce.

This sauce is ridiculously easy to make, and it’ll make you long for chilly fall mornings and fleece blankets. Maple caramel is the Watson to peach slump’s Sherlock, the Robin to its Batman. And while it’s absolutely what completes this dessert, it also managed to sneak its way into my coffee, my oatmeal, and my pancakes. It’s got a way about it, that’s for sure.

The Mr. and I tried to split a bowl of the stuff, but ended up deciding we each needed our own. Some desserts are just too good to share. 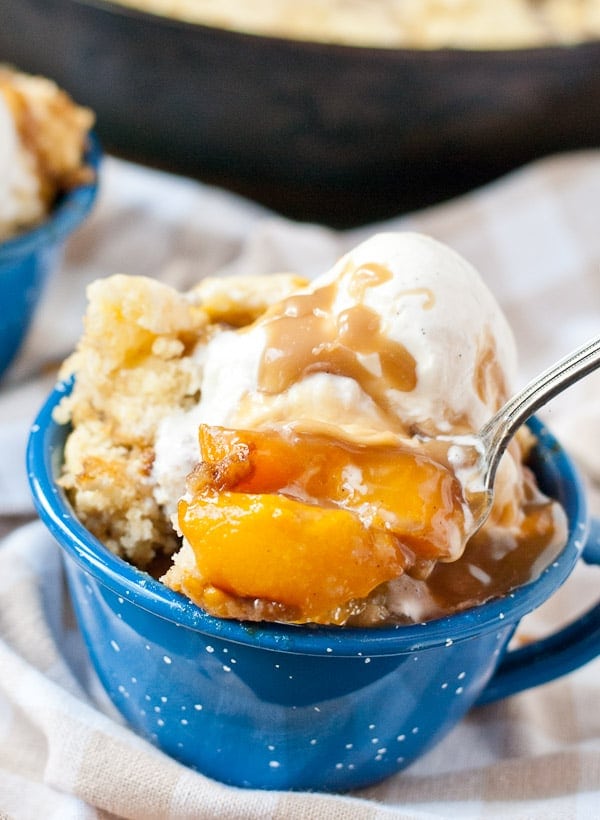 While summer’s still lingering, grab yourself some ugly peaches (I suppose pretty ones will do too), and make yourself a good old fashioned slump. I can’t think of a better way to say goodbye to summer and hello to fall.

For the maple caramel:

Note: This post may contain Amazon Affiliate links. If you make a purchase on Amazon after clicking a link, a small percentage of the total will come back to support the ongoing maintenance costs of this site. Thanks for supporting NeighborFood!