This Grilled Sweet Corn Salsa is packed with all the fresh flavors of summer! 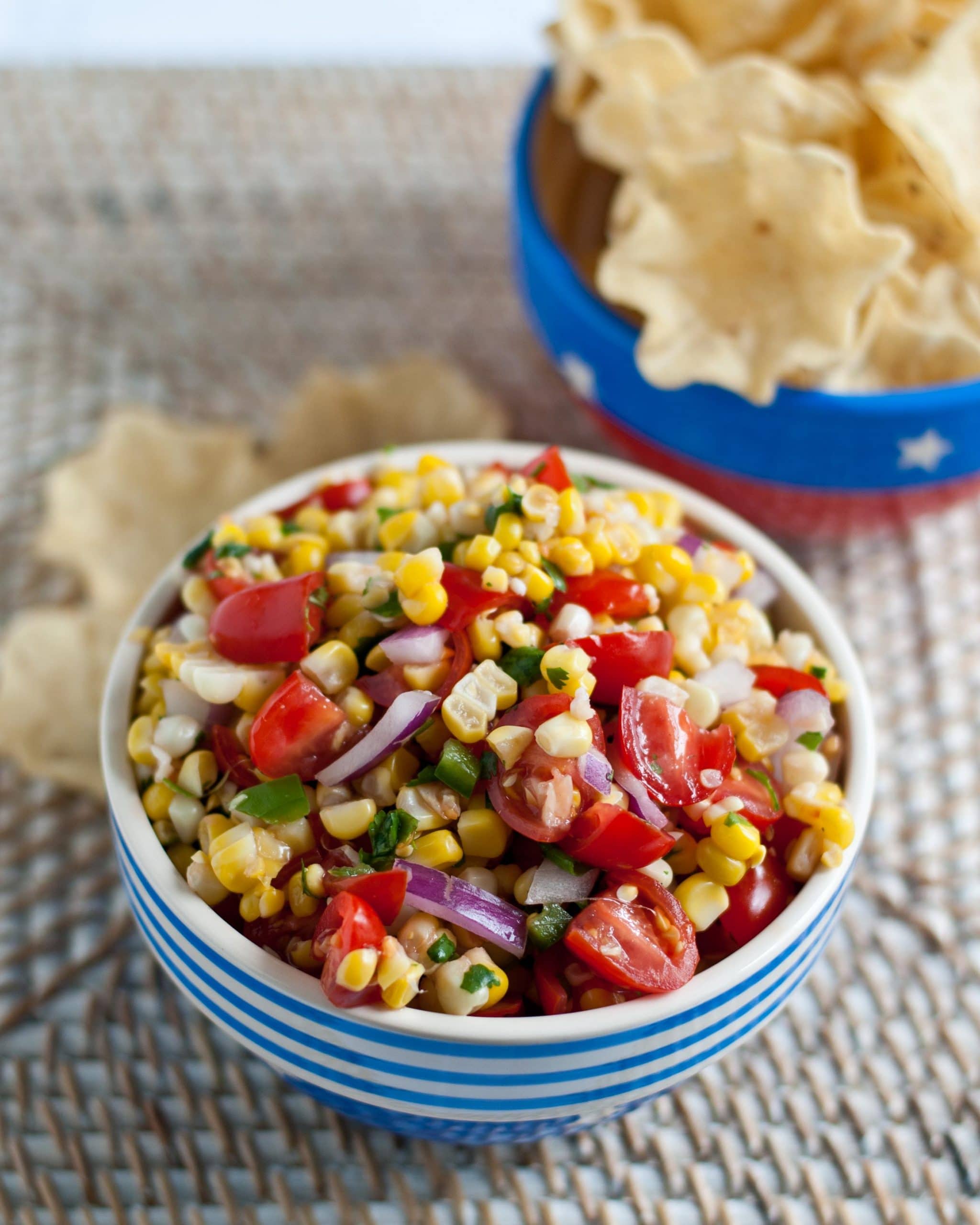 The first summer that the Mr. and I were married, he made a surprising discovery. One day after coming home from work, we had this conversation:

Him: What are we having for dinner tonight?

Me: Corn on the cob.

Him: Oh cool, what else are we having?

Me: Corn and corn. We’re having corn for dinner! Aren’t you listening?

Him: I don’t understand! What’s happening?

Me and him: confusion, weeping, and gnashing of teeth (okay not really…buuuuuut maybe). 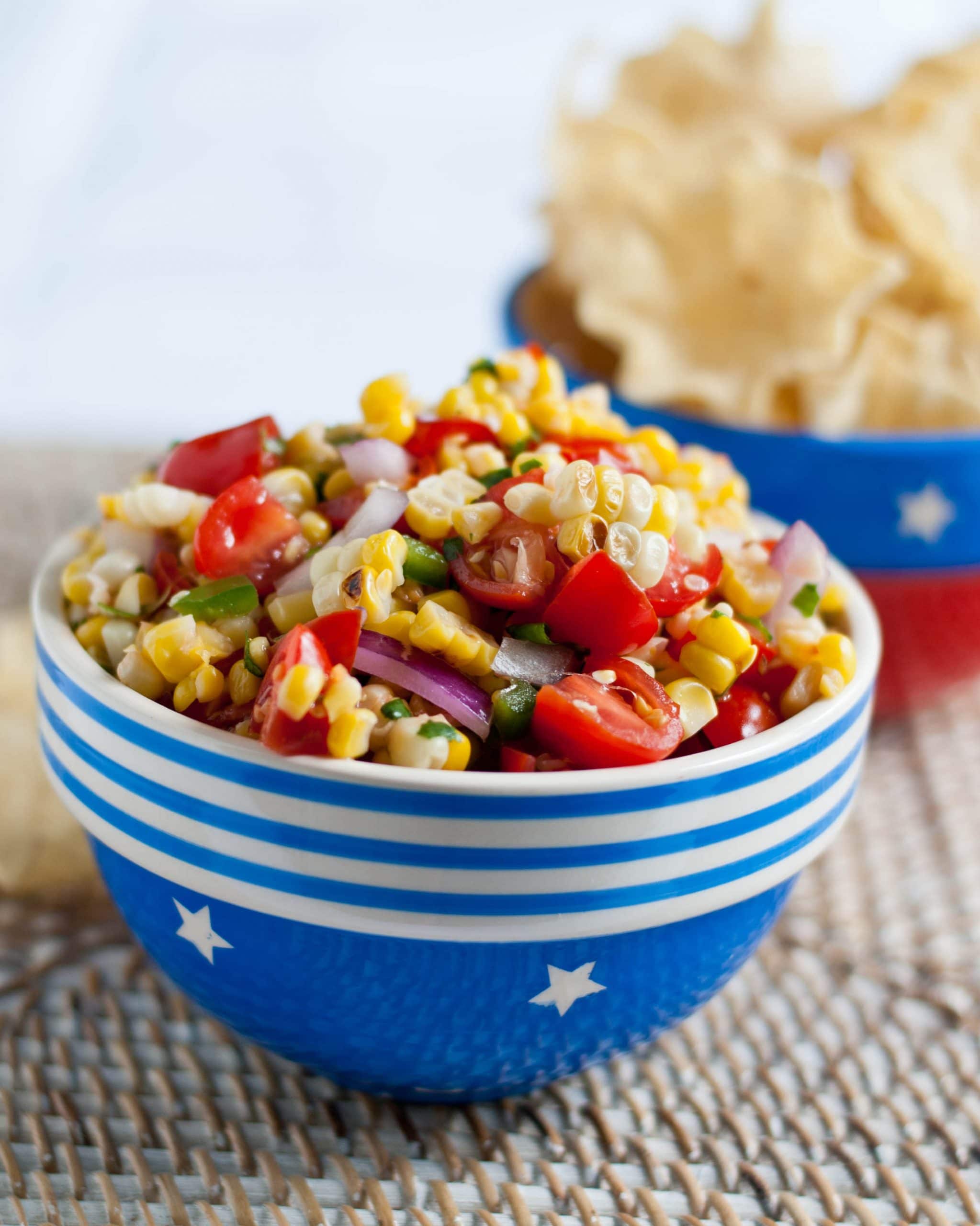 You see, what the Mr. discovered that evening is that in my family, corn is a main dish. It’s the star of the show. It’s an entree.

When corn is at it’s sweetest and most juicy, my family brings it home by the dozens, boils it up, and enjoys ear after ear of buttery, salty, sweet corn. That’s dinner.

Sure, we may occasionally eat it with applesauce or a slice of bread, but corn was the featured item. We ate it until our bellies were full of kernels and our teeth were full of forgotten silts.

It should come as no surprise that corn remains a staple in our summer meals. And while we still just have corn for dinner sometimes, I’m learning that those ears are a lot more versatile than I ever thought. Now they get slathered with cinnamon and honey, or stirred into salads, or served as a side dish along side hamburgers and hot dogs.

And, this just in…corn also happens to make one heck of a summer salsa.

We didn’t really grill corn growing up, but I love to prepare it that way now. The preparation couldn’t be simpler. Just peel back the husks, leaving the ends intact, remove the silts, and pull the husks back up to cover the corn. Soak the ears in cold water for 10 minutes or up to a few hours, then just grill away. In 20 minutes you’ll have all the sweet, juicy flavor of fresh corn, but with the added bonus of the charred flavor of the grill. Win!

After it’s grilled, you can eat it plain, or you can cut off the kernels and stir them into this quick and easy salsa.

I recommend the last option, because guys? This salad is THABOMB! It tastes like corn and tomatoes got into a fight, then fell in love, and then had a baby and named it summer.

Hey, I figure if Kanye and Kim can name their child “North” (as in North West!!!), all principles of baby naming are officially destroyed. 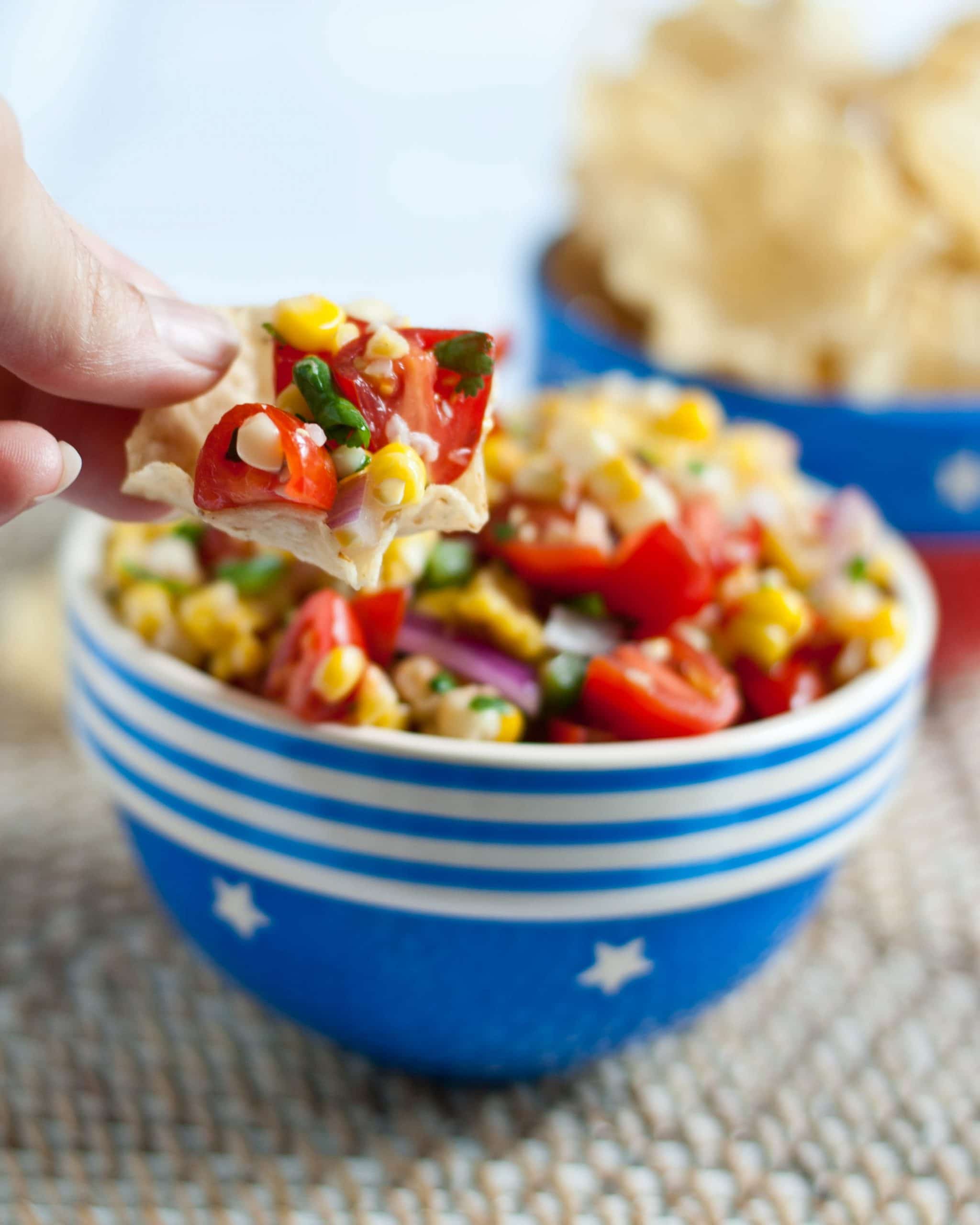 Seriously though guys. Stop messing around. Let’s get serious.

This is July in a bowl. Juicy corn, bright and beautiful tomatoes, onion, jalapeno, lime.

It’s fresh. simple. satisfying. This will be right at home at your 4th of July cookouts.

Annnnd you may have everything you need for this right in your backyard.

So hop on this summer train and make yourself a bowl. Really. Do it.