Sweet and smoky, this tomato bacon jam is like a surprise party for your tastebuds. 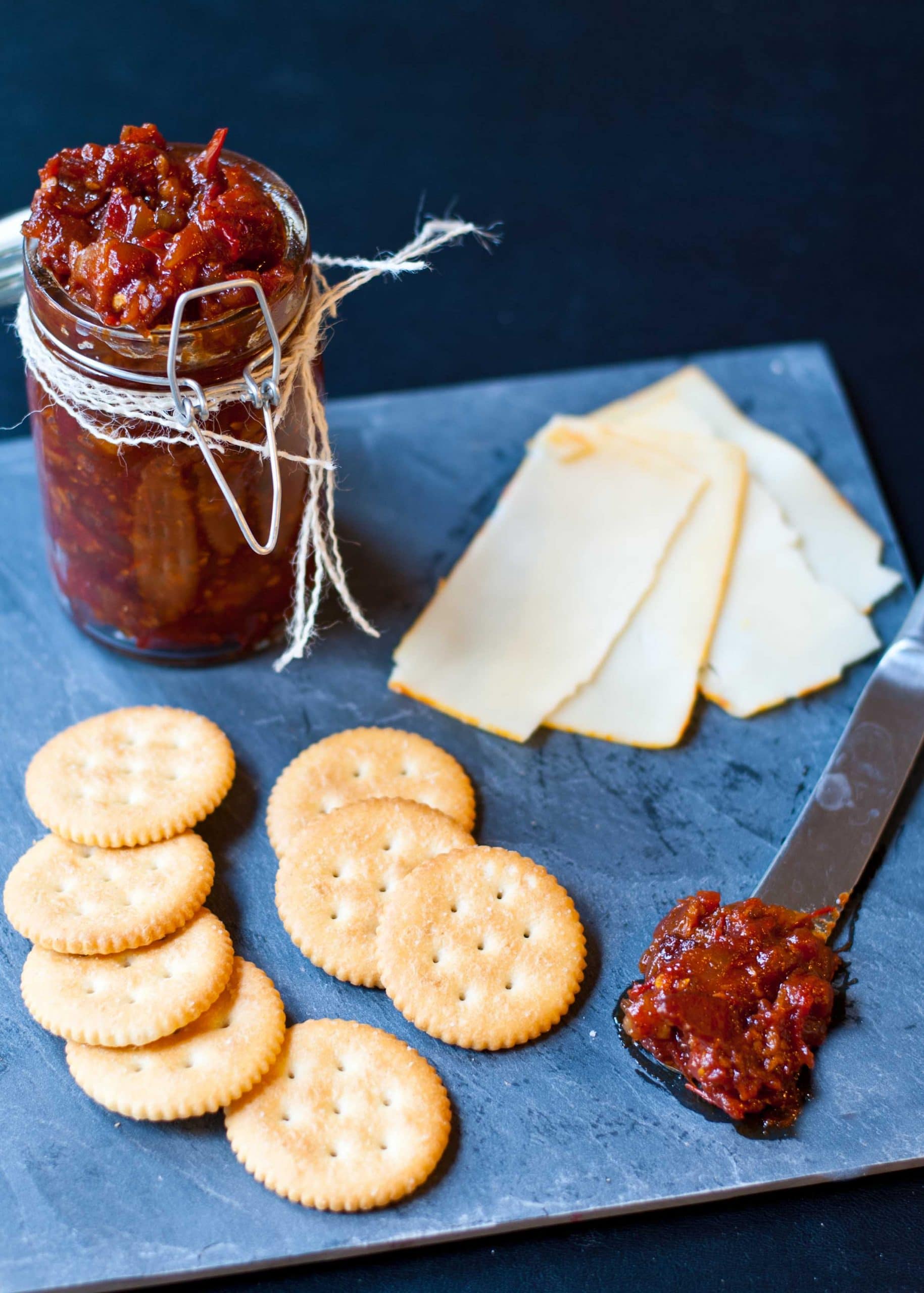 I know, I know. We’ve all moved on. We’re in fall mode. How dare I bring you something that isn’t A) Made in a slow cooker. B) A casserole C) Caramel Apple flavored or D) Pumpkin anything.

But guys, there are still tomatoes in my garden.

They obviously haven’t gotten the memo. They could care less that it’s 60 degrees and the leaves are changing. They’re churning out tomatoes like it’s August 15th.

Clearly, something had to be done.

And it couldn’t be tomato sauce. Or caprese anything.

Yep, you read that right. Tomato…jam.

Is that totally weird or what?!

I thought it was. But then I found a recipe for Tomato Bacon Jam, and suddenly I was all in.

Bacon has a funny way of winning hearts and minds. 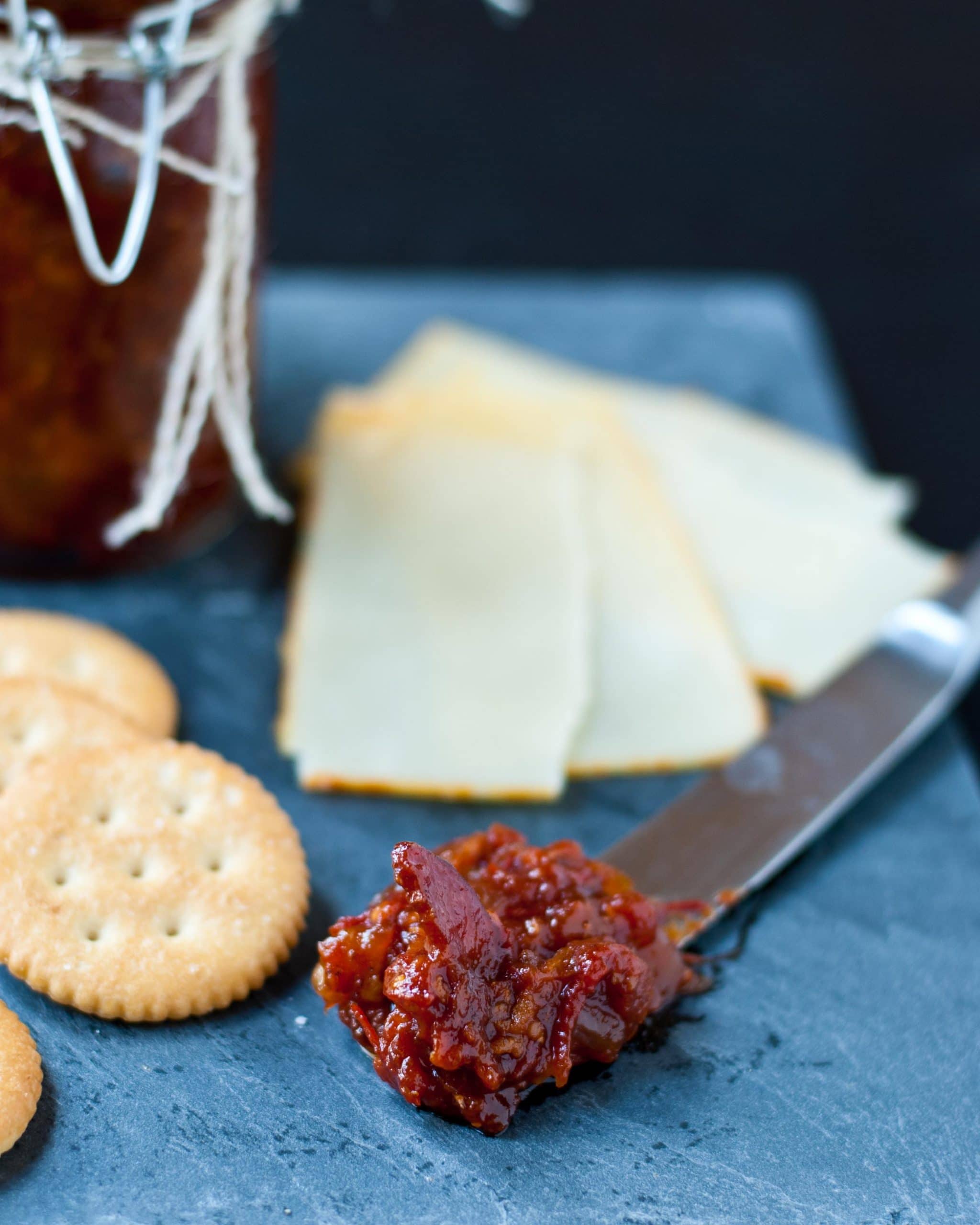 Long before this blog ever started I made a tomato and onion jam completely on a whim. It sounded interesting, I was only working part time at the time, and heck, what else was I going to do with a spare afternoon except make jam out of tomatoes?

The joke was on me, because the stuff turned out to be freaking delicious. It was sticky and sweet and surprisingly addictive. It was the kind of dish that’s better than it should be, the kind that has this inexplicable goodness that makes you fall in love with this crazy thing called cooking.

I may be all caprese-d out, but I can totally get down on some rich, thick, tomato jam. Especially if it has bacon. 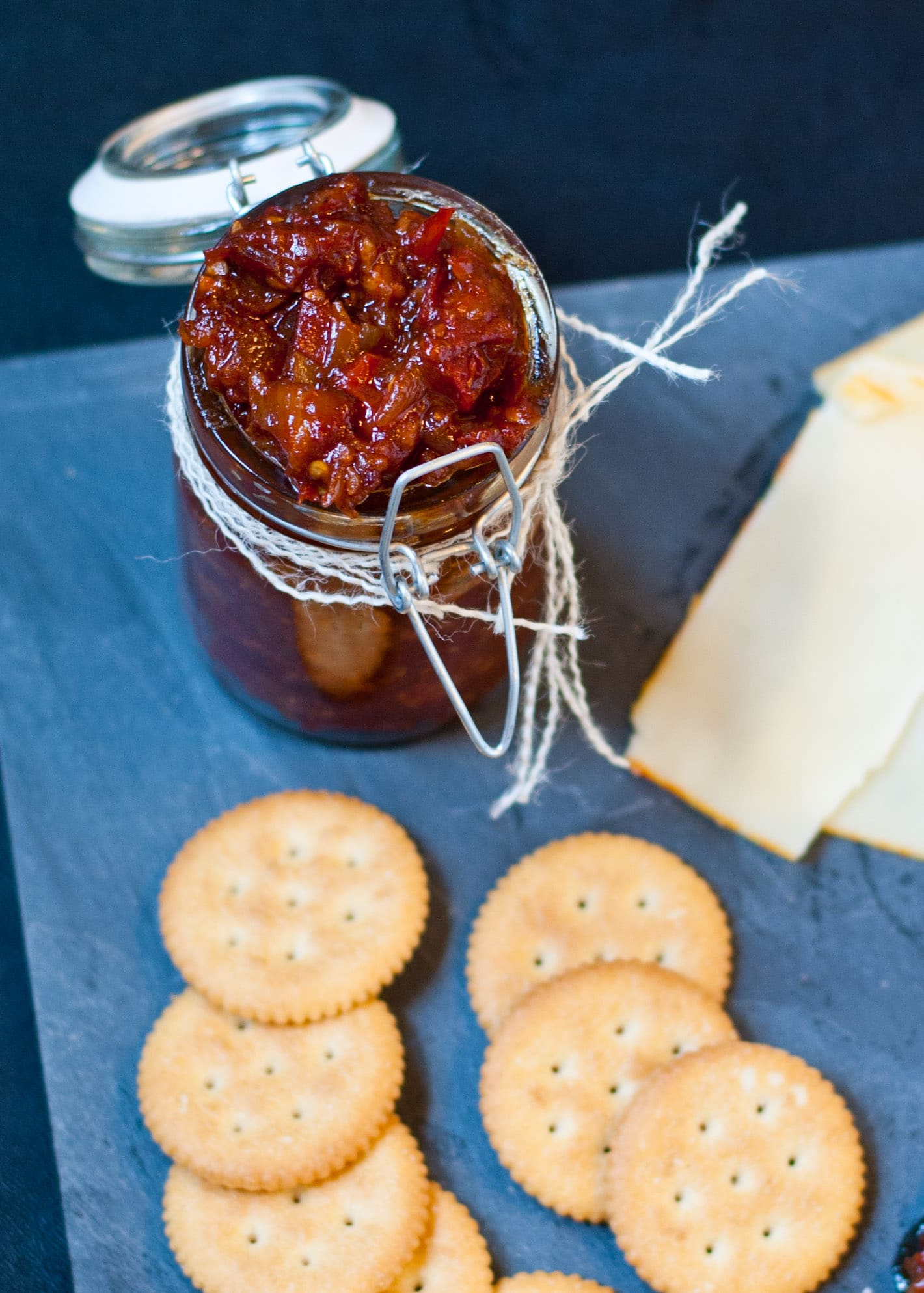 This recipe isn’t complicated, it just takes some time. Tomatoes don’t enter the jam world willingly. They have to be babied into it, coddled by low heat for a good hour before easing into jam status.

But for the most part, that slow cooking is totally hands off. You can give it a stir here or there, but if you just leave that pot of tomatoes and bacon alone, it’ll turn into jam before you have a chance to finish that pumpkin roll you’re working on.

How does it taste, you ask?

Well, that’s a darn good question. It’s like caramelized tomatoes–richer, sweeter, and more mellow than their fresh counterparts, with a smoky, savory flavor added from the bacon. A little vinegar and mustard balance out the sweetness and add just the right amount of subtle ang.

In a word, it tastes…delecta-yum-alicious. 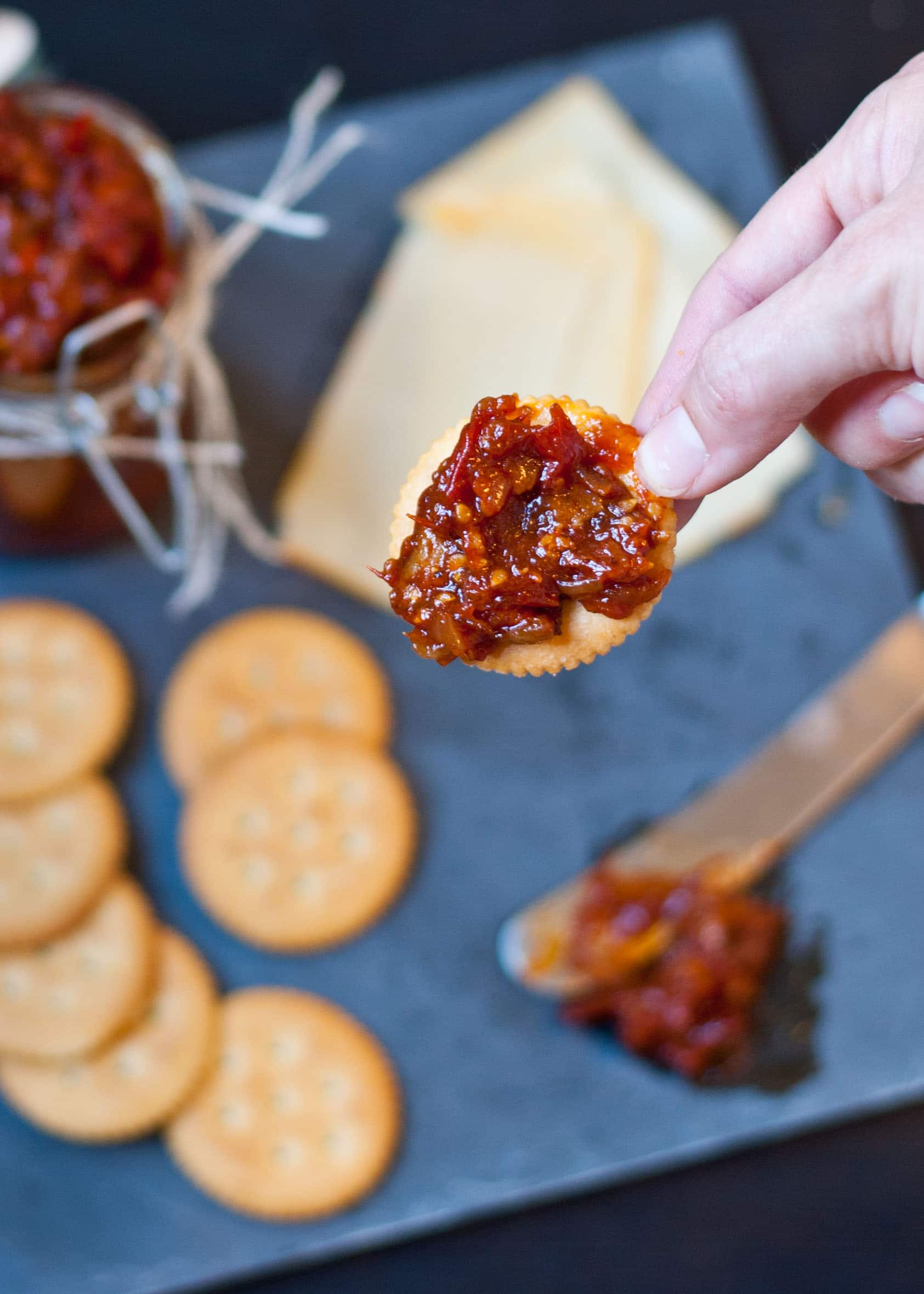 Slap some of this on a biscuit with some goat cheese and a fried egg and tell me it’s not one of the best breakfast sandwiches you’ve ever had.

Go ahead, tell me.