I know, I know. It’s the day after Thanksgiving and all you want to do is eat chard and drink flax smoothies all day.

But guys, the holiday season is just getting started. Now isn’t the time to back down. Now is the time to loosen your belt, hop back on the horse, and eat nachos.

After all, there’s still a lot of good football to watch this weekend, including THE Ohio State vs. Michigan game.

Plus, I know your fridge is stacked with leftovers, which happen to make prime candidates for nacho fixins. My friend Steph over at Girl Versus Dough even created her own Thanksgiving Leftover Nacho recipe. Ummm, yes PLEASE!

So let’s jump back on the feasting train and enjoy some nachos, y’all!

I’ve collected over 20 recipes from blogging friends, and I’m confident there’s something here for everyone. We’ve got nachos made with tots, potatoes, pita chips, naan, even popcorn! There are nachos stacked high with meat, piled with shrimp, or veganized. You can even have nachos for breakfast (or dessert!). So no matter what your nacho craving, this round up has got you covered (mainly with cheese). So without further ado, I present 22 Nacho Recipes for all your tailgating, holiday party, and crunch cravings! 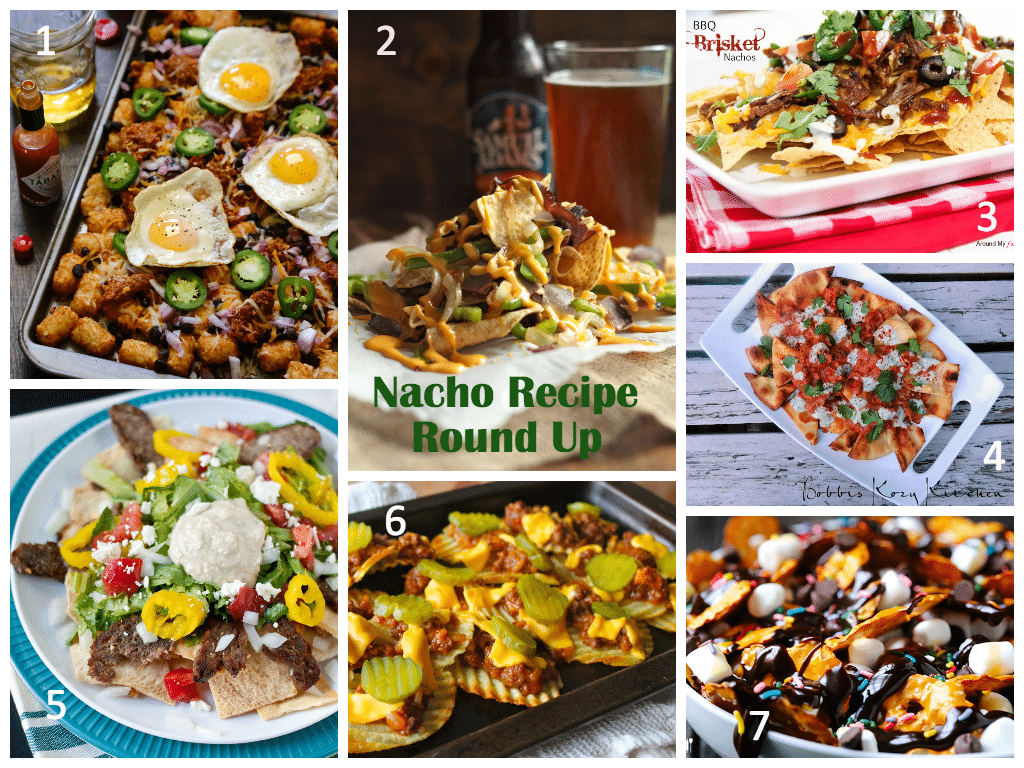 2. Philly Cheesesteak Nachos from Wanna Be a Country Cleaver

3. BBQ Brisket Nachos from Around My Family Table 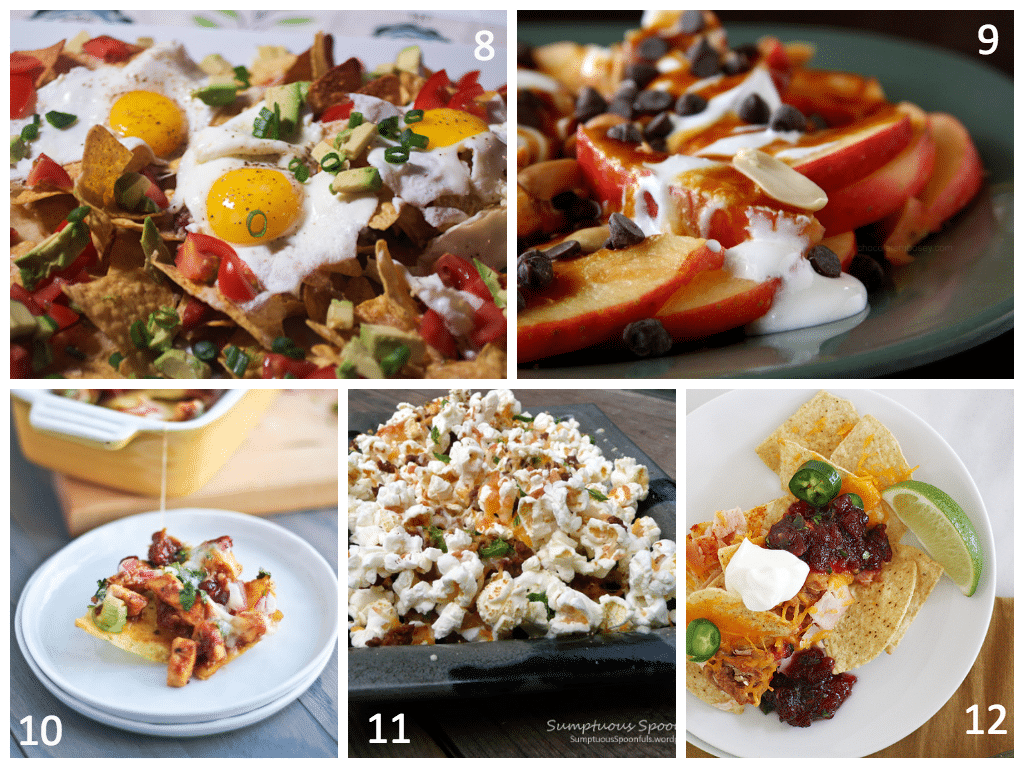 8. Egg and Chorizo Nachos from Girl In the Little Red Kitchen 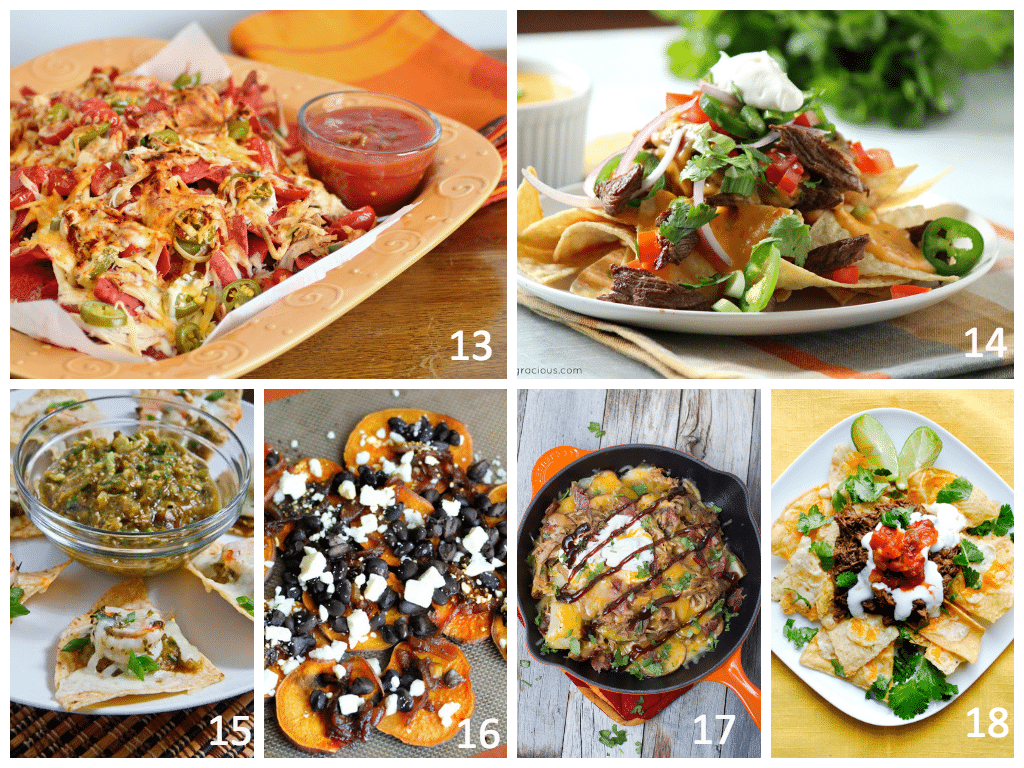 13. Chipotle Chicken Smoked Nachos from Noshing with the Nolands 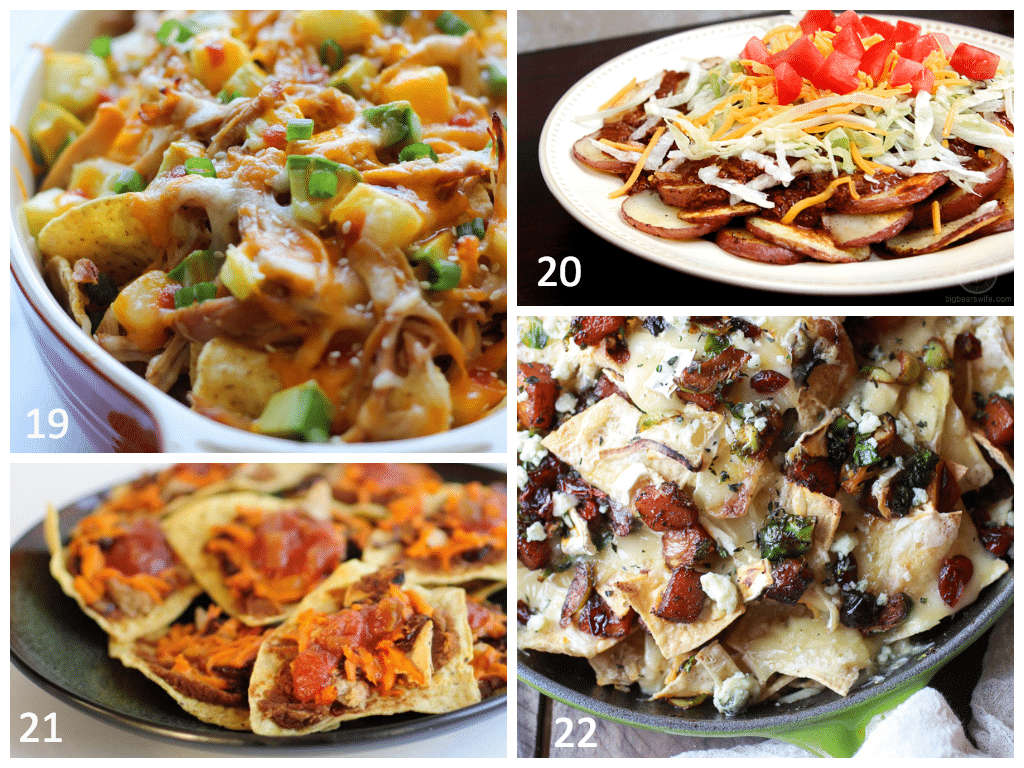