It’s finally here! A super easy One Pot Fudge Brownie recipe that can be in your oven in less than 20 minutes! 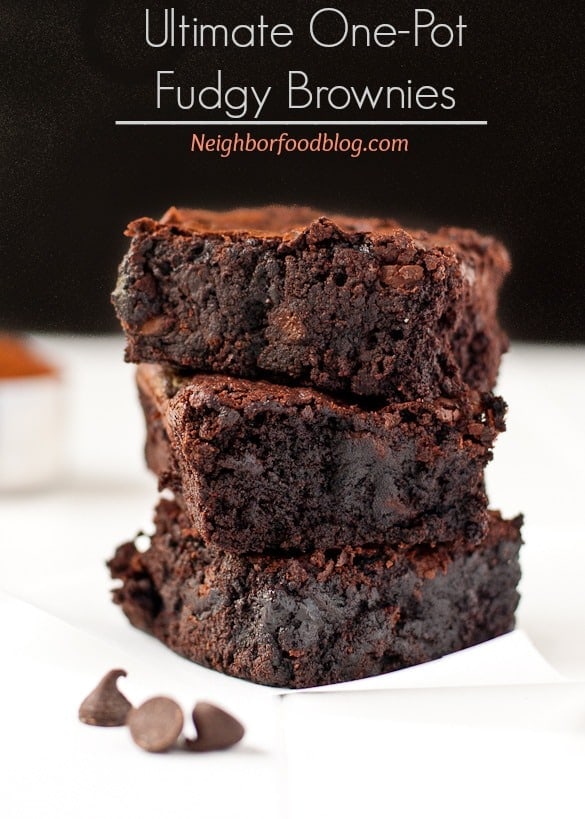 When we returned from vacation, I didn’t have enough ingredients to prepare a halfway decent dinner for us, but somehow I had all of the ingredients needed to make these One Pot Fudgy Brownies. That’s how it goes in our house. Priorities, people.

I spotted a recipe for these easy chocolate fudge brownies in Rachael Ray magazine a few months ago, and they were moved straight to the Must Make Immediately List. It’s not that I don’t already have a homemade brownie recipe I love. I do. That recipe is rich and fudgy and chewy and all the things I’ve ever wanted in a brownie. The only problem is, it’s not very quick. The recipe isn’t complicated, but it definitely takes longer than the box. So as much as I loved it, I found that more often than not I was still turning back to the good ol’ trusty box mix when a brownie craving hit. 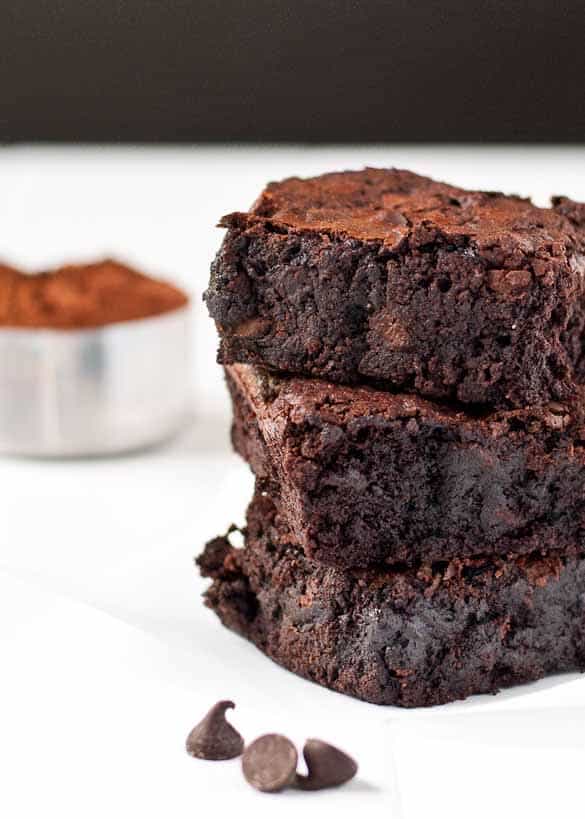 But then I found these, and everything changed. I’ve made these at least five times since I found the recipe, and each time I’ve tweaked them a bit more to our liking.

Here’s the first thing you need to know about this recipe: It is easy. Ridiculously easy. You can make these almost as quickly as you can make a box mix. I’m talking in the oven in 20 minutes or less. Maybe quicker once you have the recipe memorized (which I already do…did I mention it’s easy?).

The second thing you need to know about this recipe: It is fudgy. This is not a cakey brownie. It’s not an overly sweet brownie. This is a deep, dark chocolate, fudgy brownie. If you don’t care an ounce about why this brownie is fudgy, and you really just want to get them in your face immediately, I understand and completely support you. Scroll down, grab the recipe, and get to baking. But if you’re curious what exactly makes these brownies so amazing, read on friends. It’s about to get all nerdy up in here.

Okay, so usually recipes that use all cocoa powder and no melted chocolate tend to yield a drier, cakier brownie, because they lack the cocoa butter found in melted chocolate. So with cocoa recipes, you have to replace the fat with other sources of moisture. For this recipe, that comes by way of melted butter, an extra egg yolk, a higher proportion of brown sugar to white sugar, and the teensiest bit of flour to hold it all together. Science is awesome, y’all. 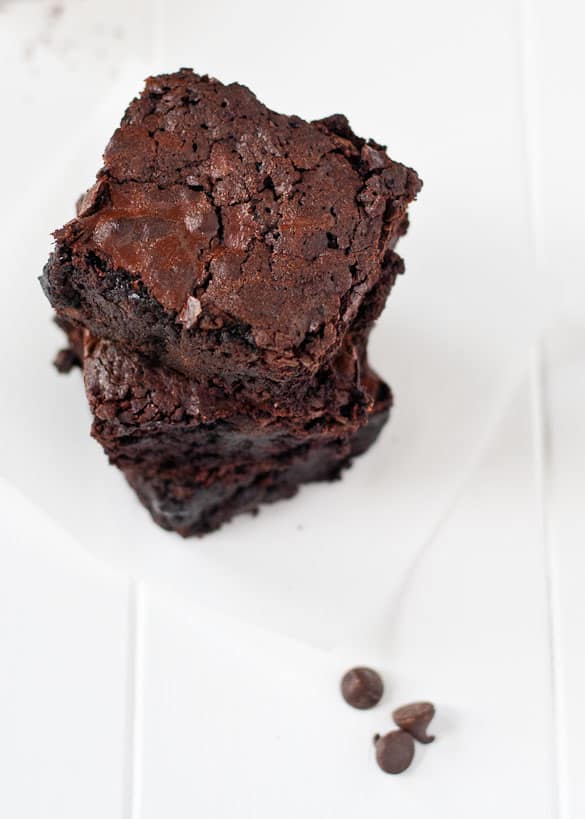 The last thing you need to know about these brownies: They are 100% husband approved. Now, this may seem like a given, but trust me, the Mr. is not easily swayed by the latest and greatest brownie recipe. He’s a firm believer in the box and generally thinks it’s silly to waste time making them from scratch.

But even he had to agree these were worth the (minimal) amount of work required for them. They’re devoured at such an alarming rate, I’ve had to purposely space out my baking so we don’t turn into fudgy brownies ourselves.

A few more notes on the baking: Err on the side of under baking here. If you use the toothpick trick, you don’t want the toothpick to be totally dry when you insert it into the center of the brownies. It’s perfect if there are a few moist crumbs sticking to the toothpick. It can be tough to tell when these are done since they’re so dark in color already, but if the center is set, take them out. Trust me on this one. 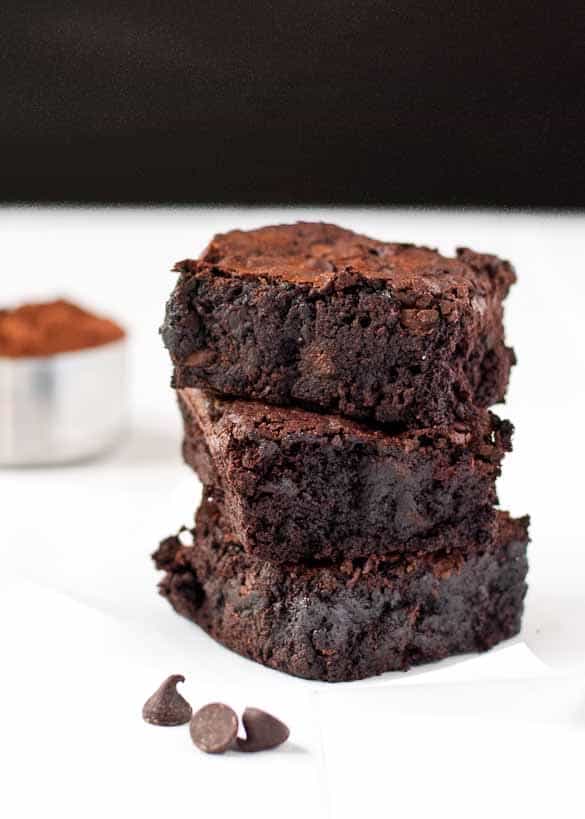 Also, add chocolate chips to the batter. There is nothing better than getting a pocket of melted chocolate in the midst of a bite of fudgy brownie. It’s the ultimate in dessert.

These brownies can even be saved in the freezer for later (like if you need to make a double or quadruple batch). Check out my guide to Freezing Cookies and Bars.

Well, actually, the ultimate ultimate is serving these chocolate chip studded brownies with a giant scoop of strawberry ice cream. It’s so good, it’s almost wrong. Or maybe it’s actually so, so right.


Amount Per Serving: Calories: 391Total Fat: 21gSaturated Fat: 13gCholesterol: 112mgSodium: 158mgCarbohydrates: 50gFiber: 4gSugar: 40gProtein: 5g
Please note nutritional information for my recipes is calculated by a third party service and provided as a courtesy to my readers. For the most accurate calculation, I always recommend running the numbers yourself with the specific products you use.