After several bags of flour, a small fortune in butter, and many, many blackened bananas, I’ve finally found the very BEST banana bread recipe. Come check out the four recipes I tried, and decide which one will become your go-to banana bread recipe! 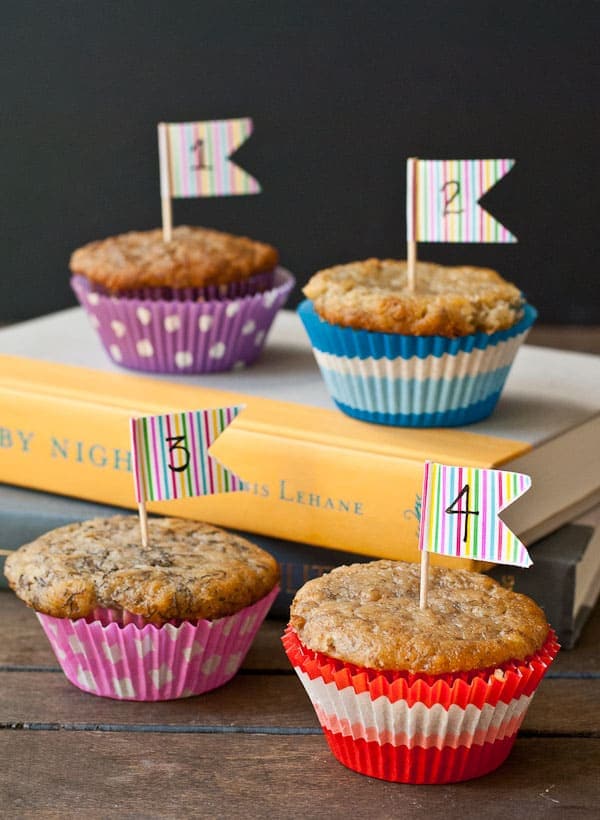 There are a few baked goods I feel everyone needs a go-to recipe for. When Pinterest fails, creativity has died, and you’re running late to the party, you need a recipe that’s easy, dependable, and always a crowd pleaser. I have a few go-tos now. One for chocolate chip cookies, one for brownies, and one for pie crust. But until a few months ago, I was empty on the banana bread front. What kind of food blogger doesn’t have a go-to banana bread recipe?

So I scoured the interwebs, did a lot of research, and settled on a few different recipes to try. I tried to pick unique recipes that showcased different ingredients. Some used buttermilk, others used sour cream. Some required butter, others used oil. All of them used extra ripe bananas. If I had to give you just one tip for making great banana bread, it would be this. Make sure you’re using ripe bananas. And by ripe, I don’t mean gently spotted. I mean nearly-blackened, lost cause bananas. If the fruit flies are swarming, that’s a good sign. The riper the banana, the more banana flavor you’re going to get. So let those babies get nice and soft and dark before you turn them into bread!

For my ultimate banana bread throw down, I made four different kinds of banana bread, topped them with cute numbered flags, and then served them at the bride-to-be’s wedding shower. Below, you’ll find the results of my kitchen experiment and find out which recipe won the most votes for the best banana bread! 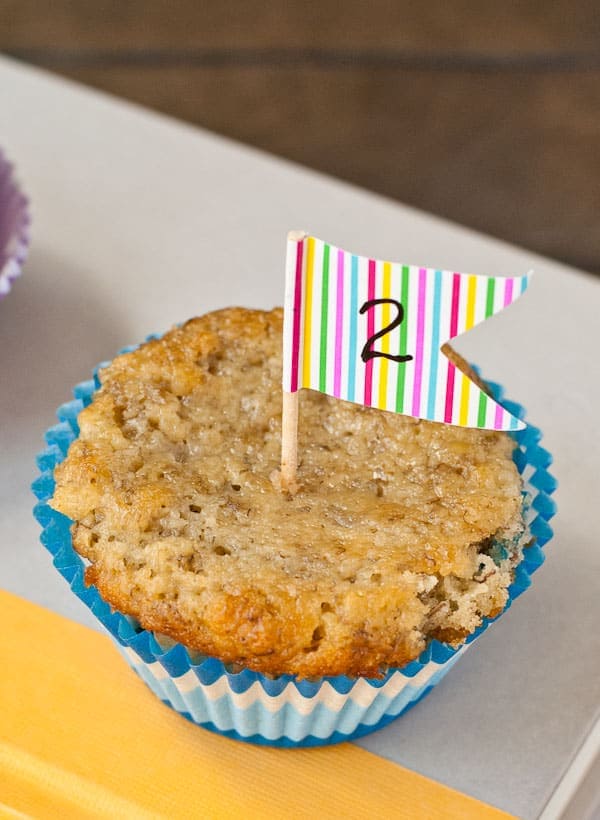 I began my banana bread journey with this Buttermilk Banana Bread found on Kitchen Confidante. This recipe has a butter base, five bananas, all white sugar, and a good pour of buttermilk. It turned out a moist and tender loaf with a pure, sweet banana flavor. I really enjoyed this bread, and it got good reviews from both the wedding shower and a few other friends who were lucky enough to try it. This loaf is lighter in color than the others and was almost cake-like in texture. 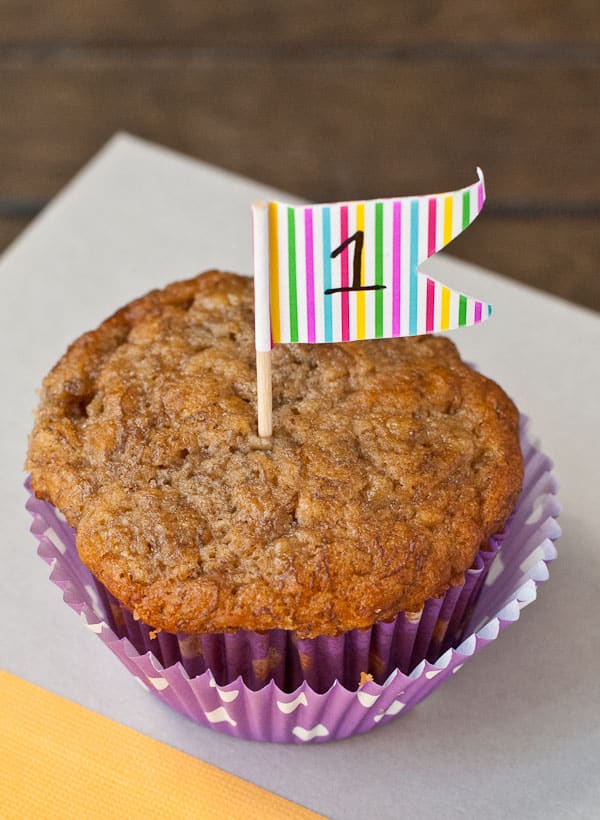 This next recipe comes from Sally’s Baking Addiction and uses four bananas, all brown sugar, butter, and yogurt. Of the four recipes, this one is the closest to healthy. I was really excited about this recipe, because I thought the brown sugar and extra banana would really make the flavor pop, but instead this recipe yielded a drier loaf with less banana flavor. It’s still tasty, but when compared to the others it didn’t quite hold up. If you’re looking for a healthier recipe with a denser texture and sturdy crumb, this is a good choice. As you can tell from the pictures, these also made the best looking cupcakes. 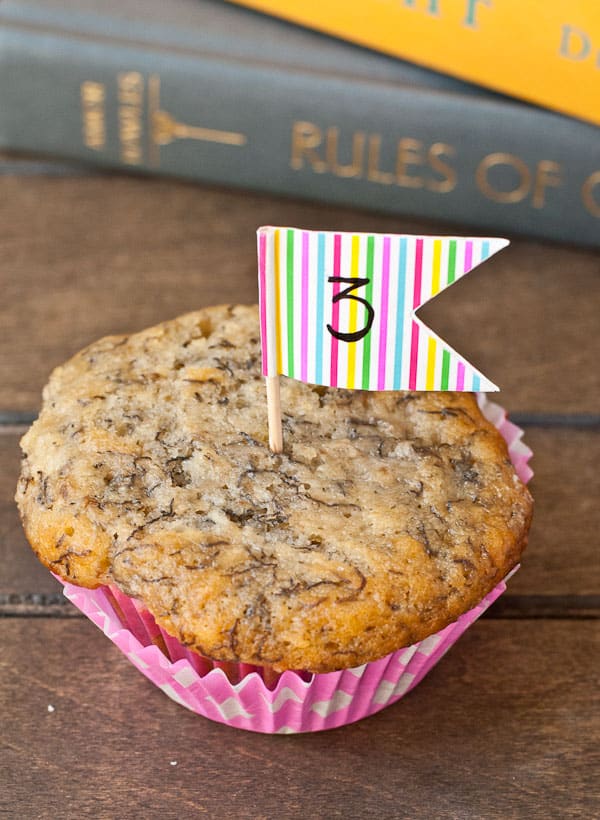 When I was researching banana bread, one recipe kept popping up. It was a vegetable oil based recipe using all white sugar with added sour cream. I found it on multiple blogs, including Mel’s Kitchen Cafe. I figured with so many rave reviews, I had to give this one a try. This recipe is super easy to make, which I loved, and the resulting loaf is ultra moist, with an open crumb, and loads of banana flavor. Of the four recipes, this one was my favorite. I think using oil instead of butter really allowed the banana flavor to shine through. However, this recipe didn’t win the votes of the bridal shower attendees. While several people really liked this recipe, it was a little too moist and too banana-y for others. 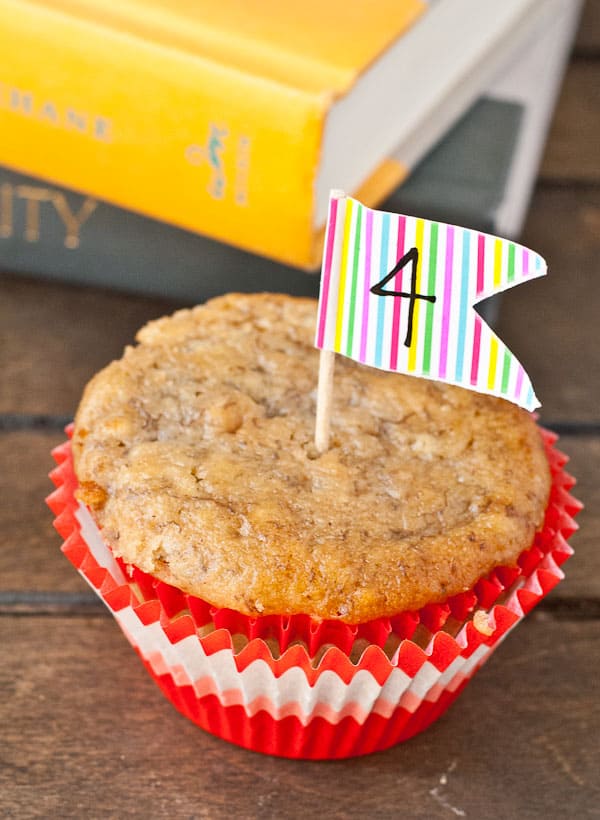 For the final recipe, I decided to do a little experimenting of my own. I took what I thought were some of the best qualities of each of the other recipes, and molded them together to make my own favorite banana bread recipe. I started with the sour cream recipe, since it was my favorite, but then I swapped the oil for butter, used a mixture of brown sugar and white sugar, and added a bit of cinnamon just for good measure. The resulting loaf was tender and moist, with a strong, but not overwhelming, banana flavor. The brown sugar and butter made this recipe taste quite a bit richer than it’s oil counterpart, and it also gave it a lovely golden brown color. This recipe won the voting contest by a landslide. I liked this one because it was rich and moist, but it still tasted like bread, not cake. Plus it was easy to make, and didn’t even require getting out the mixture. It’s a classic, simple, dependable crowd pleaser. Exactly what I was after in a go-to recipe.

I shared the winning recipe in a separate page. Click on over to get the winning Sour Cream Banana Bread Recipe! 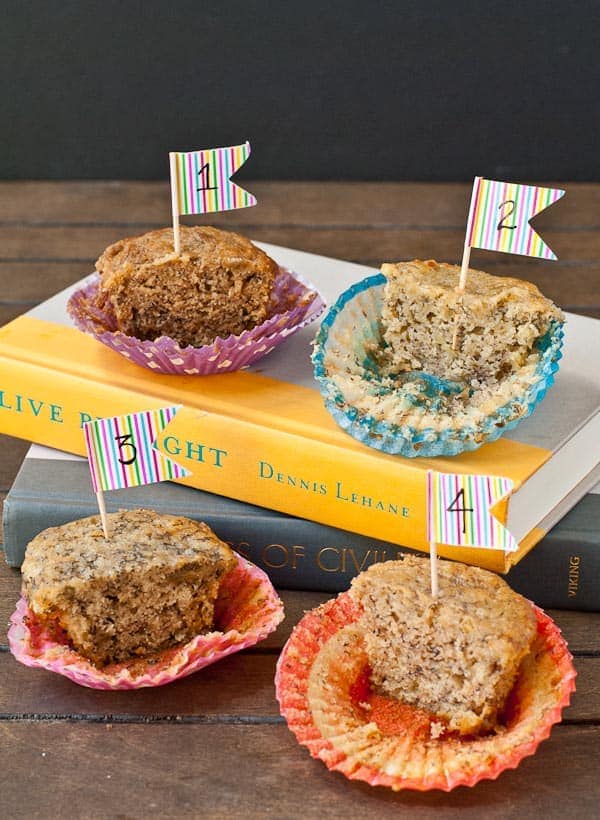