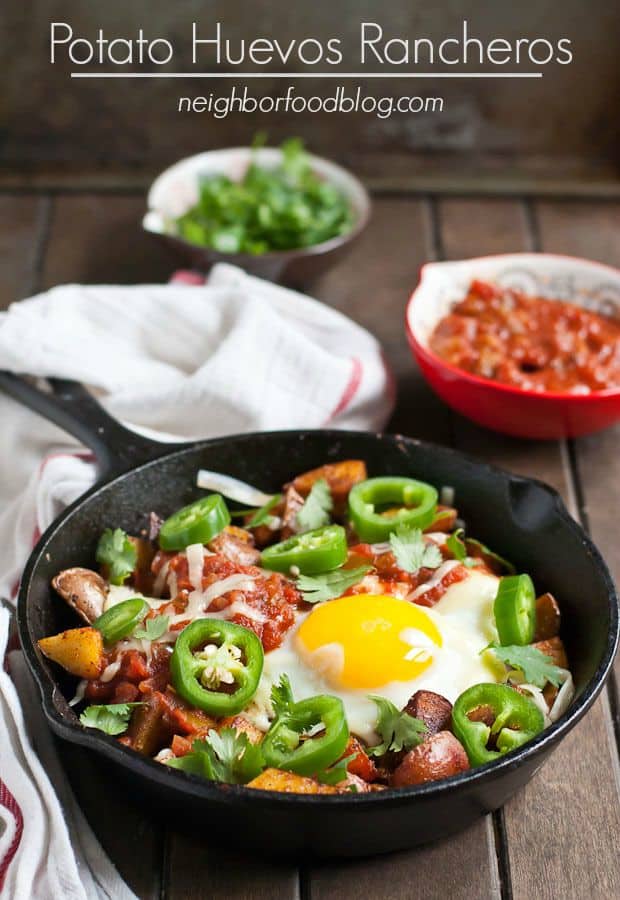 I’ve been trying to master it for four years: the elusive crispy pan fried potato. You know the ones I’m talking about. The best ones are found at hole-in-the-wall diners, often under the name home fries. Their skins are seasoned and browned until crackly, with fluffy interiors that soak up runny egg yolk and rivers of maple syrup equally well. They are perfection. Pure breakfast perfection. 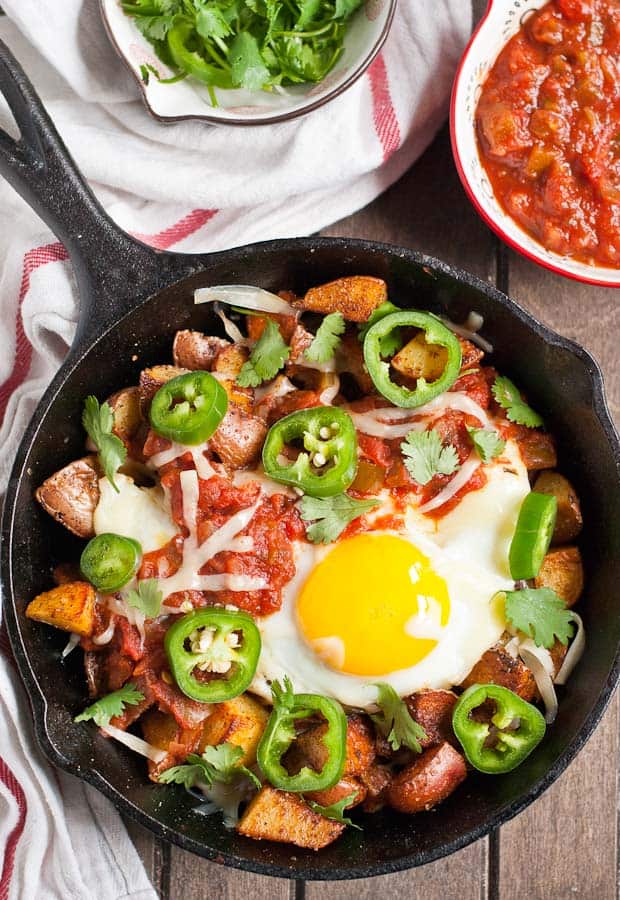 Until recently, I thought if I wanted the recipe I’d have to sneak into my local greasy spoon and hold the cook hostage until he revealed his secret. Thankfully, I did some research and discovered the secret to perfect pan fried potatoes before jail time had to be involved.


Here’s the deal. First, start with the right potato. Idaho® red potatoes are the perfect choice for crispy pan fried potatoes, because they keep their firm, creamy texture throughout the cooking process. Softer potatoes are great for mashing, but for this dish, we’re after a hearty potato that will still have some oomph when you bite into it.

To save time, I put the unpeeled potatoes in the microwave for about five minutes so they’re partially cooked before going into the pan. After that, I drag out my trusty cast iron skillet, put a generous dollop of butter in the bottom and let it heat up until bubbly. I cut the potatoes into bite sized pieces, season them with salt, pepper, garlic powder, and smoked paprika, then place them right in the butter.

Here’s where you have to resist every instinct that tells you to keep stirring the potatoes. You’ve gotta let those babies sit! After several minutes, they’ll have that golden, crisp exterior that makes them so irresistible. Then, and only then, you can flip them over and repeat the process on the other sides. Your restraint will be rewarded with perfect crispy, tender home fries that are worthy of the greasiest greasy spoon. 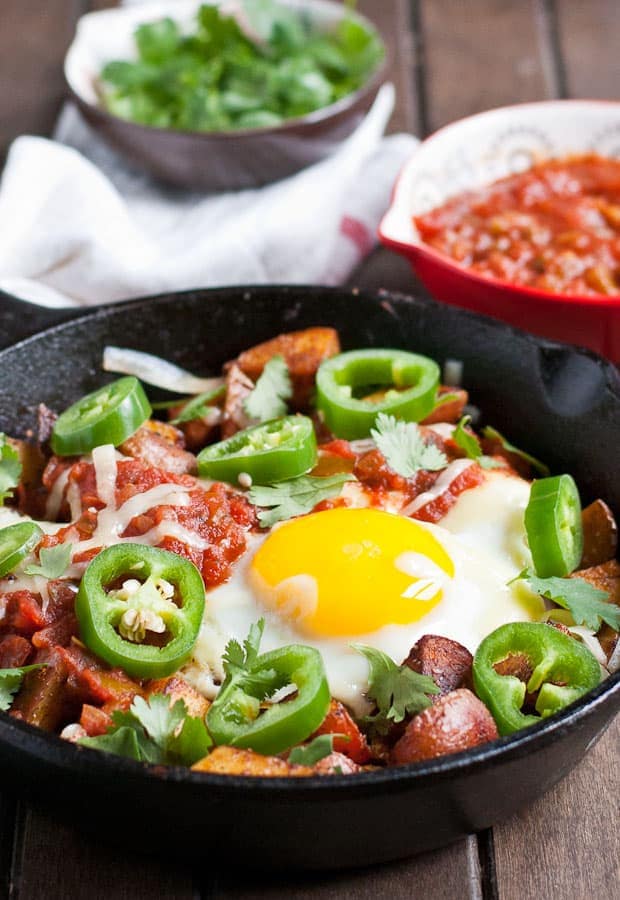 I could probably make a meal out of these potatoes alone, but they’re even better paired with runny eggs, warmed salsa, melty cheese, cilantro, and sour cream. It’s a super fast version of huevos rancheros that allows you to have a killer breakfast or brinner on the table in under 40 minutes. Just make sure to keep those roving fingers from sneaking off with all the potatoes before the eggs are finished. Not that I have any experience with that problem.

This post is sponsored by Idaho® Potato. As always, all opinions are my own. Thanks for supporting the brands I use and love!