Crispy on the outside and custardy on the inside, this Almond Crusted French Toast with Whipped Ricotta and Honey is begging to be your Christmas morning breakfast! 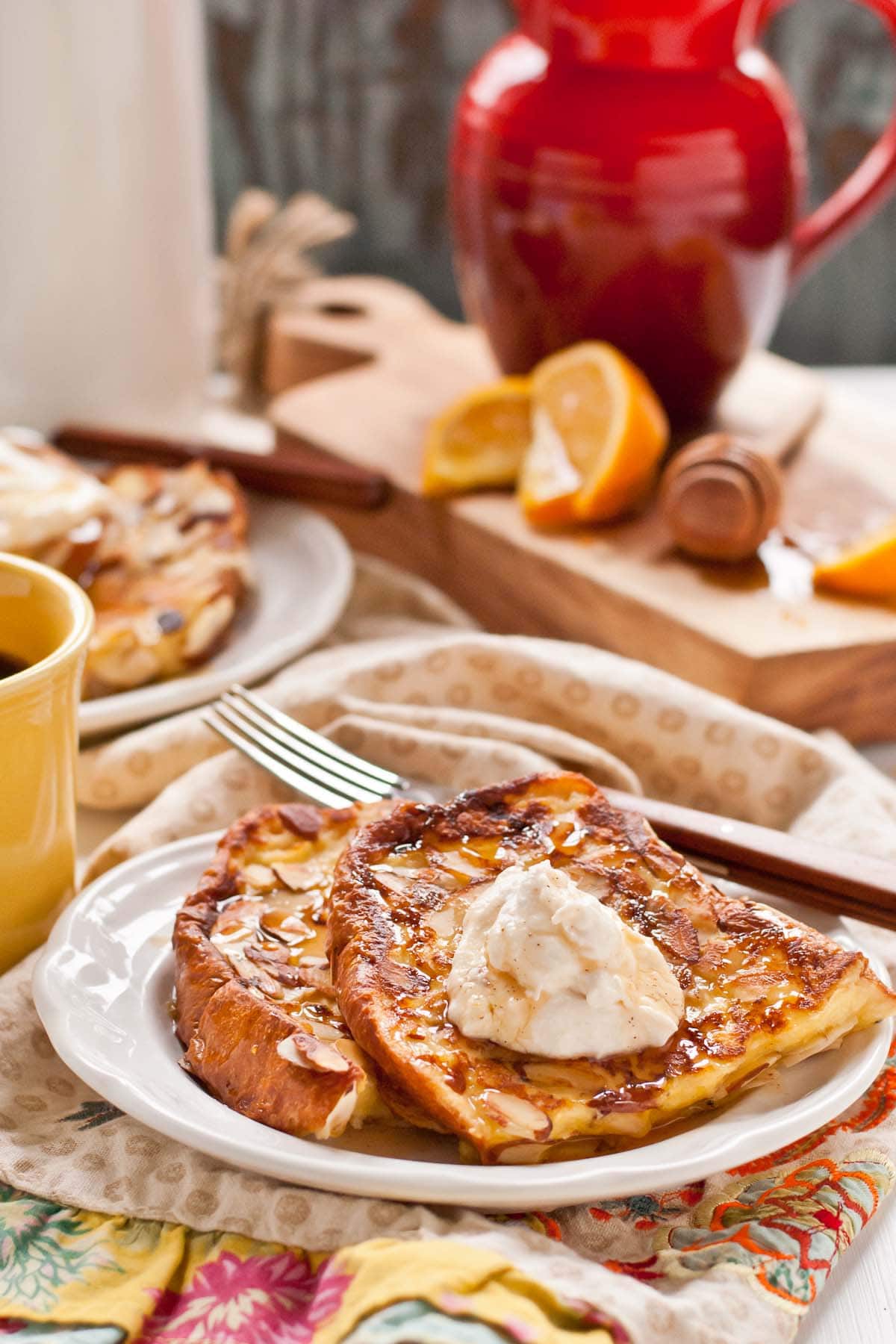 For a long time, French toast was at the bottom of my breakfast favorites list. It went waffles, eggs benedict, pancakes, sausage gravy and biscuits, omelets, then a few more eggy main dishes and then French toast.

I love the idea of French toast. It’s so simple really. A few slices of bread, a couple of eggs, and a glass of milk and you’ve got breakfast in a flash. But every time I made French toast, the reality did not live up to the expectation. I wanted golden brown, crispy edges with a sweet custardy center. Instead, I got soggy bread. Not my favorite.

Still, I never gave up on French toast. I knew one day I’d get that dream to be a reality, and friends? That day is today. 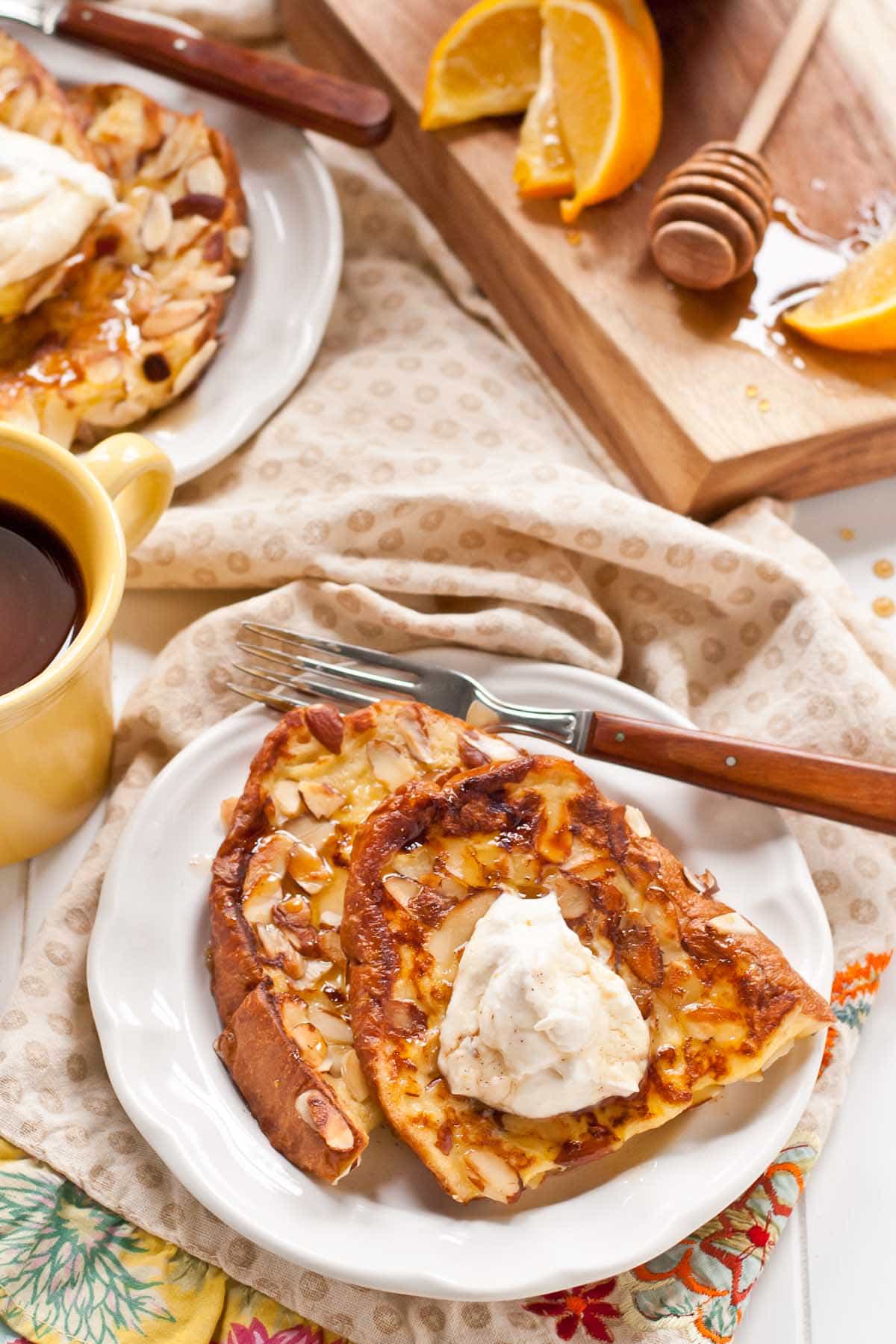 This Almond Crusted French Toast with Ricotta and Honey is everything I want breakfast to be. Coating the bread slices in almonds adds the exact amount of textural contrast I was after. The bread goes from griddle to oven to ensure it’s golden brown and crispy on the outside with zero trace of a soggy center. HURRAY!

But my perfect French toast doesn’t stop there. Instead of stuffing the French toast (which only worsens the soggy center issue), I dolloped each slice with a bit of honeyed whipped ricotta and cream cheese. This stuff is dreaaaamy. Studded with orange zest and swirled with cinnamon orange honey, it adds brightness and a touch of luxury to this breakfast treat. 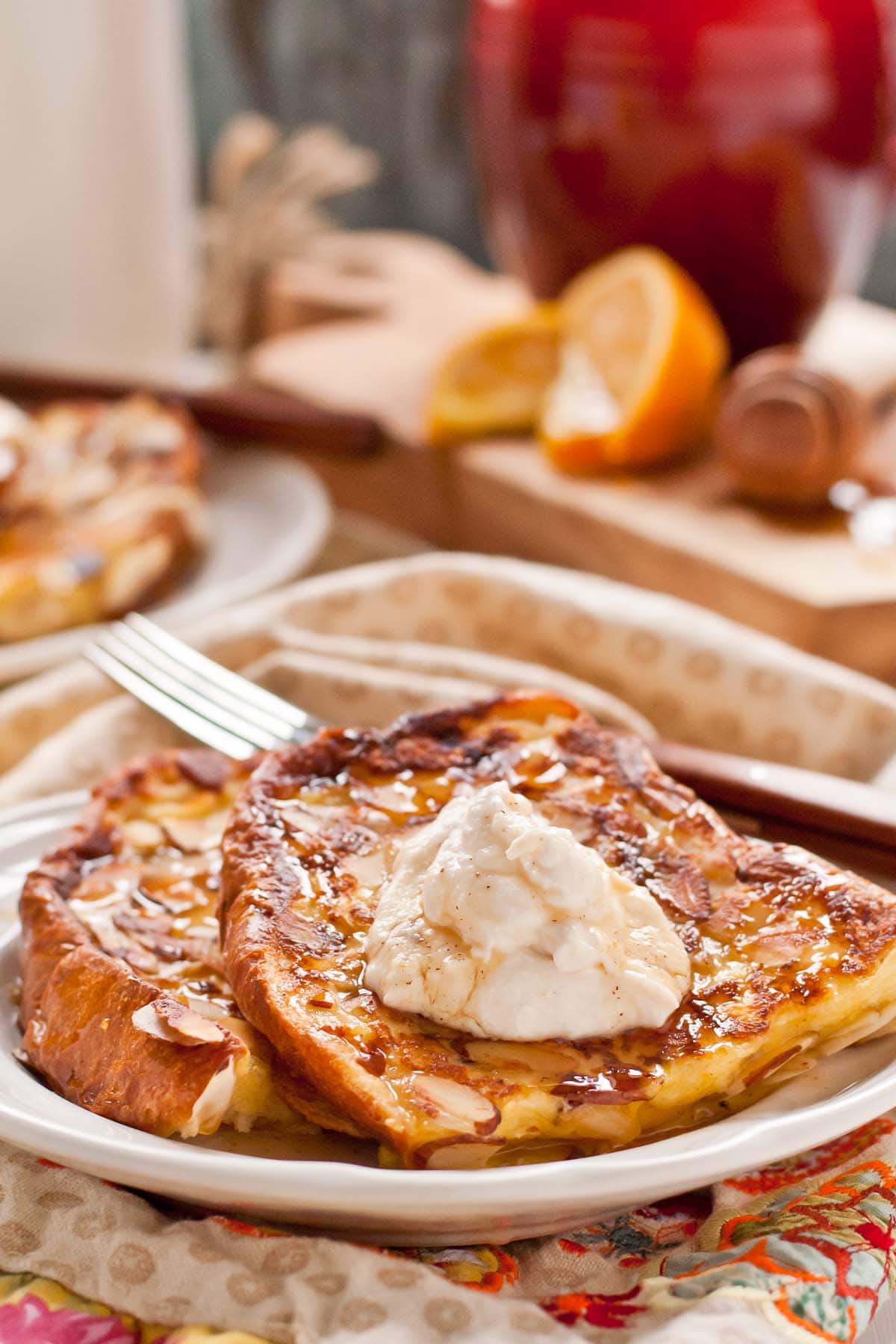 Normally, you’d be reaching for the maple syrup right about now, but instead grab that honey bear and give it a squeeze. Honey is perfect for adding a touch of sweetness to all your favorite breakfast treats, but is especially wonderful on this French toast. I whisked it up with a little orange juice and cinnamon then made sure each slice was thoroughly drenched in that liquid gold.

I don’t even need to tell you how lovely this would be for Christmas morning. You can make the ricotta, honey syrup, and egg custard the night before so all you have to do is grill up the bread in the morning. 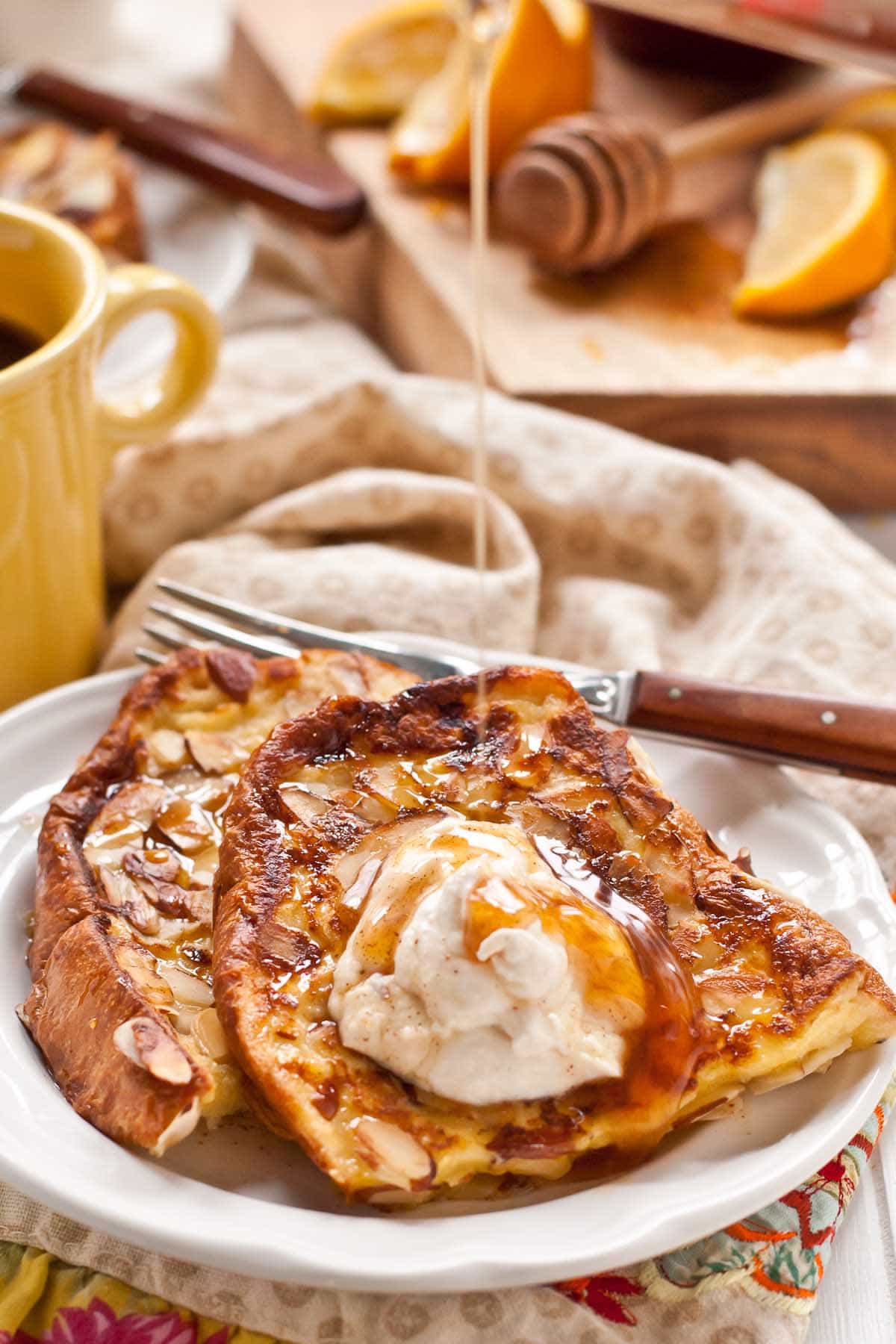 Don’t forget to leave room for the honey on your holiday table this year. While it’s perfect for brunch favorites like this, it’s also right at home with your biscuits, sweet potatoes, and even beef. For more information about the benefits of honey as well as many more recipe ideas, be sure to follow the National Honey Board on honey.com, Facebook, Pinterest, Twitter, Instagram and YouTube.

For the french toast:

This post was developed in partnership with the lovely people at The National Honey Board. As always, all opinions are my own.