I already know what you’re thinking. Really Courtney? Another apple recipe? You totally came here for truffles. And I was totally ready to share them with you. 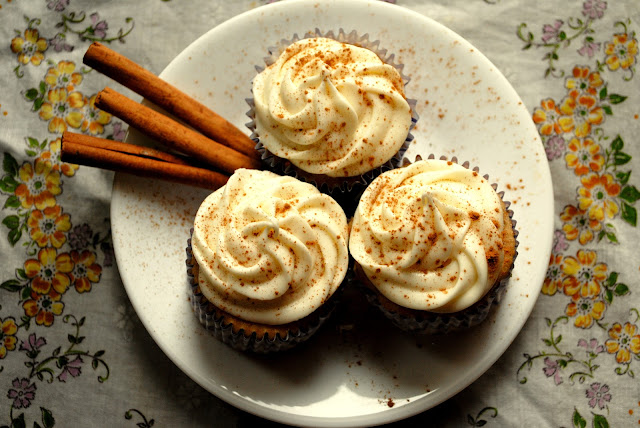 But then I made these cupcakes. And I realized we are only a week away from the big Thanksgiving feast. I had to evaluate my priorities, and in the end, apple cider cupcakes won.


These cupcakes are light and fluffy, with 2 sources of apple goodness and just the right amount of spice. But what really makes these special is the cider spiked cream cheese frosting. I’m a total sucker for cream cheese frosting. I would choose it over buttercream almost any day. And when it’s spiked with cider, dusted with cinnamon, and paired with apple cupcakes?? I die. 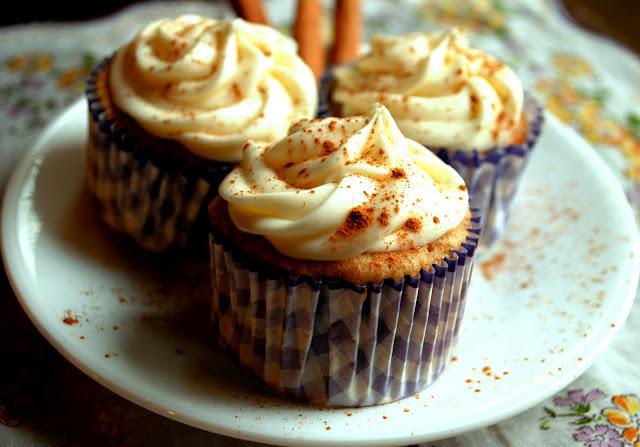 I’m not totally comfortable creating a cupcake recipe completely from scratch yet, so I started with a box mix. While not as homemade, starting with a mix makes these cupcakes a cinch to whip together so you can actually enjoy the holidays instead of stress about them. Whip up a batch for your family, for coworkers, for any person lucky enough to walk down your street. They’re sure to brighten someone’s day.

I still have a few more recipes to share before the big feast, but I promise you’ll have those truffle recipes in time to include them in all your holiday gift boxes and party trays!

Directions:
1. Preheat the oven to 350 degrees. Line 2 standard muffin tins with cupcake liners.
In the bowl of an electric mixer, whisk together cake mix, cinnamon, nutmeg, salt, and ginger.
2. Add applesauce, eggs, and apple cider. Beat for 30 seconds on low then 2 minutes on high.
3. Divide batter evenly among muffin tins. Bake according to package directions.

Directions:
1. In the bowl of an electric mixer beat softened cream cheese and butter until no lumps remain. Add cider and vanilla, beating to combine.
2. Add powdered sugar, 1/2 cup at a time, beating after each addition until frosting reaches desired taste and consistency. Use a knife or a filled pastry bag and tip to spread frosting on cupcakes. Dust with cinnamon and serve.