This Jalapeno, Corn, and Bacon Potato Salad is a cinch to make using a foil packet and your grill. Tossed with a creamy cilantro dressing, this is sure to be a hit at summer BBQs. 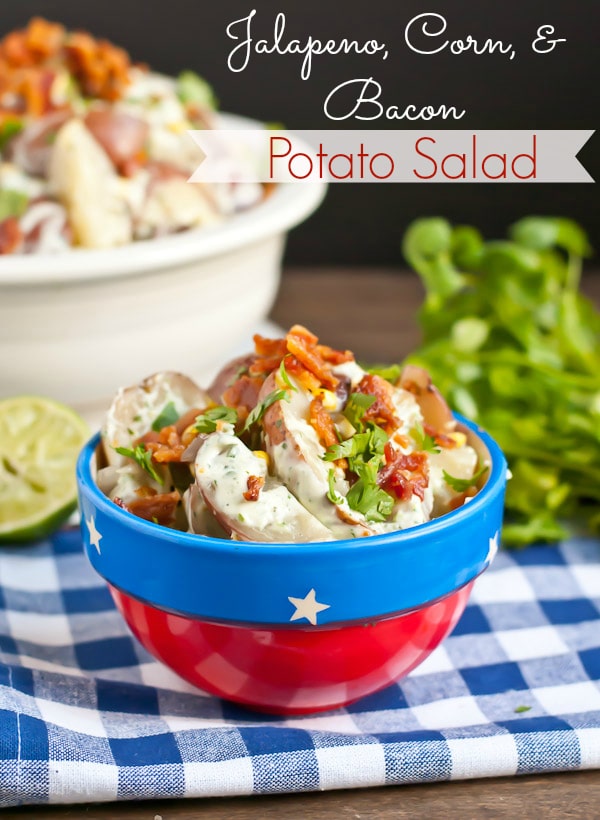 The crazy thing is, I don’t tolerate heat particularly well, bugs and I aren’t on speaking terms, and I’m one of the least athletic people on the planet. You wouldn’t think summer camp would be my scene, but it totally was. I loved bonding with cabin mates over humidity-induced hair issues, telling stories about what may lurk in the murky greenish-gray depths of the lake, and staying up late giggling about our camp crushes.

But most of all, I loved hobo dinners. One night during the week we always had hobo dinners, which consisted of a burger patty, potatoes, and carrots wrapped in foil and cooked on a campfire. Nothing tastes better than a meal cooked over an open flame, especially if you’re a hungry tween who’s waited 25 minutes for it to be done. 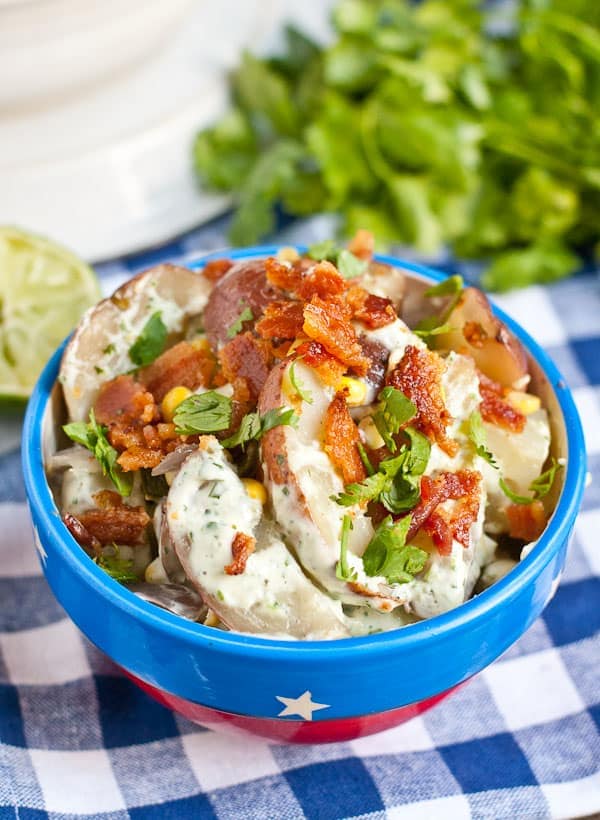 This Grilled Jalapeno, Corn, and Bacon Potato Salad is my gourmet take on those humble hobo dinners. I’ve never been a big fan of mayo-y potato salad, but this version cooked in a foil packet with jalapenos, corn, and onion is turning me into a convert. If you’ve never made a foil packet before, it’s super simple. Just make a giant T shape out of two pieces of foil, load it up with your ingredients, drizzle it with bacon grease (<<yes, you read that right), salt, and pepper then grill until the potatoes are tender and smoky.Put that pot of boiling water away and let the grill do the work for you! 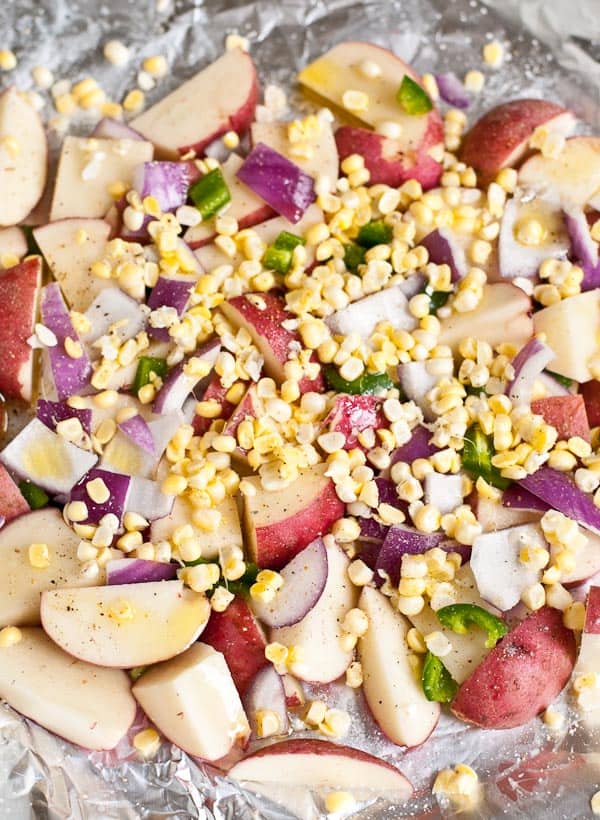 The finished packets are tossed with a spicy cilantro honey lime dressing then generously sprinkled with crispy bacon. It’s amazing served warm or you can pop it in the fridge and serve it chilled whenever you’re ready.

The key to any great potato salad is to start with great potatoes. I love to use red skinned potatoes from Idaho because of their creamy texture and thin skin, which doesn’t need to be peeled. Look for the “Grown in Idaho” seal in your grocery store to make sure you get the very best. 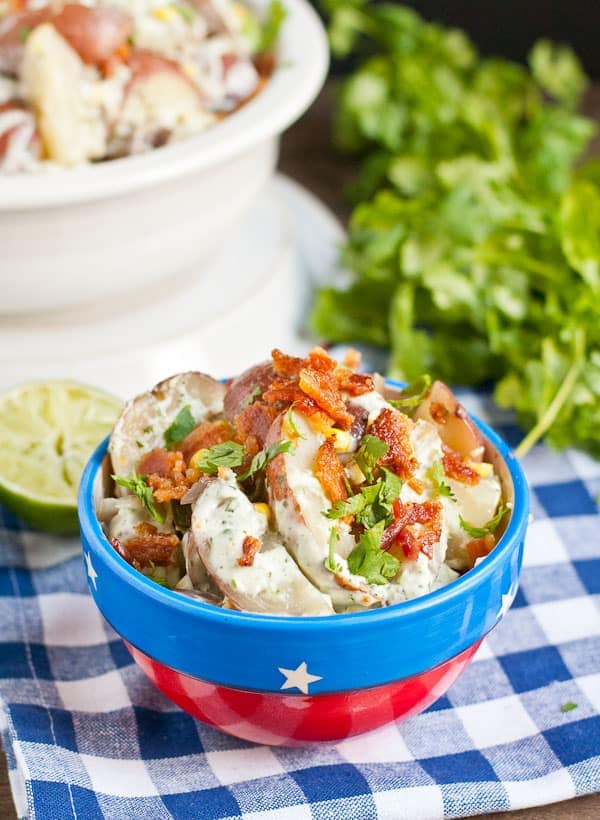 Disclosure: This post is sponsored by the Idaho Potato Commission. As always, all opinions are my own. Thank you for supporting the brands that keep NeighborFood running!