This creamy, comforting Loaded Mashed Potato Casserole is ready to add some spook to your Halloween table! 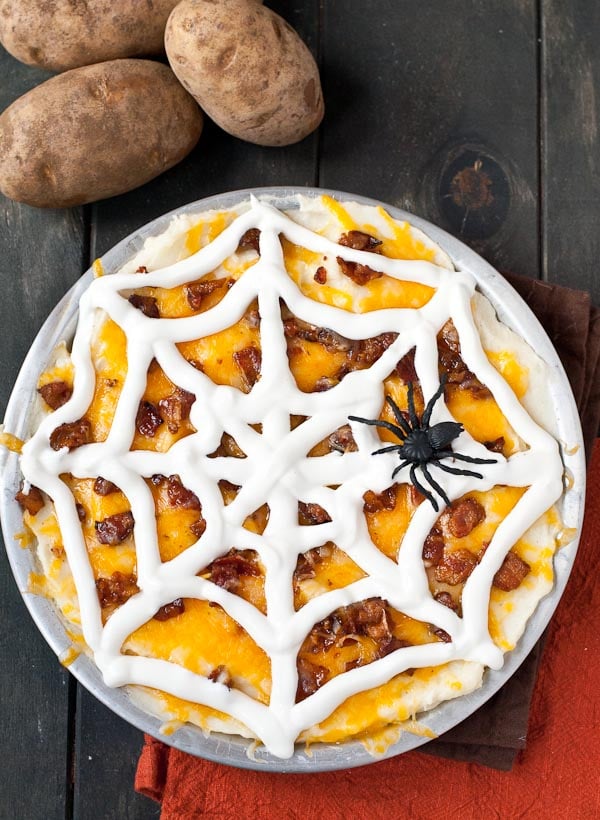 Well, friends, we’re officially headed into the season of cute food. Over the next few months, every food blogger in town will be working hard to figure out how they can turn a meatball into a monster, spaghetti into brains, and a slice of pizza into a Santa hat.

Typically, I’m not one for “cute food.” I much prefer plain old, unfussy, delicious food. But I have to admit I find myself getting swept up in the holiday preparations this time of year. I mean, who can resist a jack o’lantern cupcake or a pilgrim hat made out of cookies? There’s something incredibly fun and whimsical about transforming standard, run of the mill ingredients into a beloved holiday symbol. 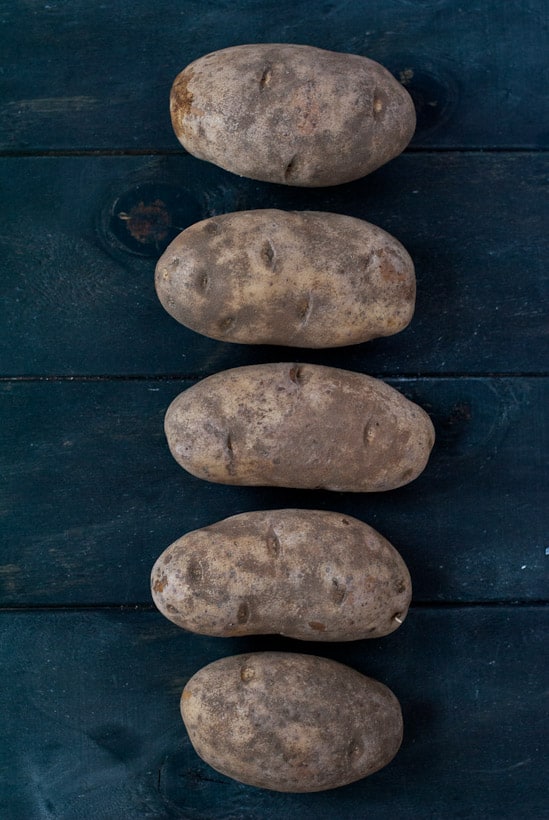 Today, the #SundaySupper team is kicking off the holiday food madness with Idaho® potato recipes decorated in a spooky Halloween theme. I have to admit, at first the idea seemed challenging. After all, it’s potatoes. I’ve had them baked, fried, roasted, and smothered in cheese and bacon, but I’ve never had them “spookified.”

All it took was a short brainstorm session with the Mr. before I realized there were actually quite a few ways to dress up this pantry staple. We tossed a few different ideas around before settling on this creepy crawly Loaded Mashed Potato Spider Web Casserole. 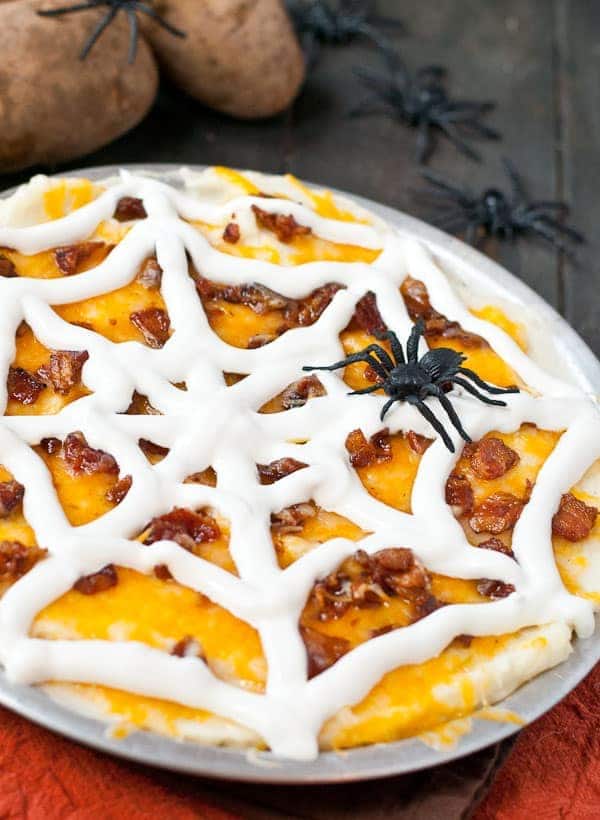 Now, as much as I’m getting into this cute food thing, I’m never willing to sacrifice looks for taste. Luckily, this casserole tastes as good as it looks. Creamy, buttery mashed potatoes are loaded with cheese and covered in a sour cream spider web. Bits of crumbled bacon not only add their savory crunch, but also make it appear the spider has had quite a successful day of luring unfortunate souls into his web. The result is a loaded potato pie that’s just as comfortable at a Halloween party as it is on your Thanksgiving table (maybe nix the spider web for that one). However you choose to serve it, this is pure carby comfort food.

The other good news about this dish? It’s a cinch to make. You don’t have to spend hours with tweezers and a piping bag to make something fun for your next party! This spider web pattern only requires a zip lock bag, a dollop of sour cream, and about two minutes. I used a cheapo dollar store plastic spider as the topper on this casserole, but you can also use an olive ring to make an edible one. Simply use one olive ring for the body, then slice the rings in half and arrange them around the body for legs. 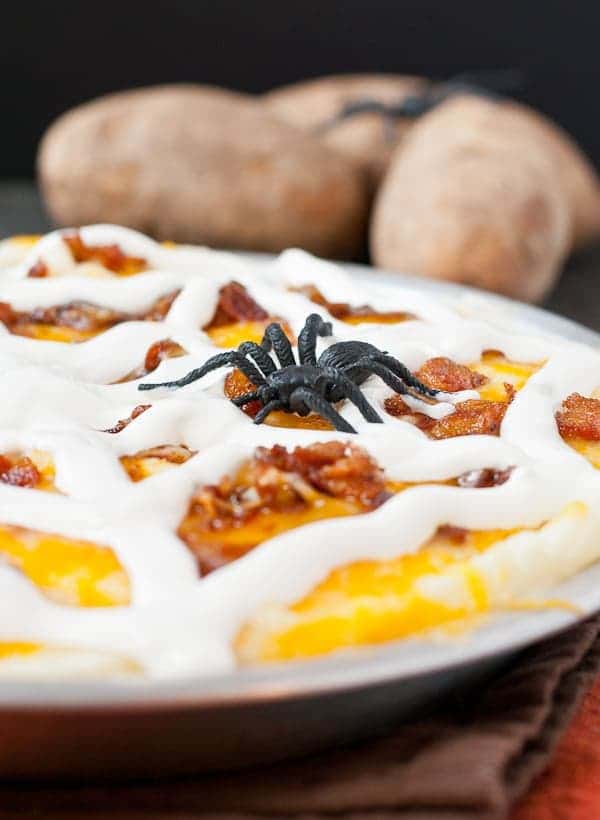 I can’t wait for you to check out all of the other ways the #SundaySupper team has decorated their Idaho® potatoes this week. It’s a virtual spud costume party up in here! From zombies to brains to mummies, you’ll be shocked at all the ways you can incorporate potatoes into your Halloween party menu.

This post is sponsored by the Idaho Potato Commission. All opinions are my own.