This Pecan Cream Cheese Pie begins with a flaky crust filled with a cheesecake-like center and topped with toasted pecans, coconut, chocolate, and caramel sauce. It’s what winning at dessert looks like. 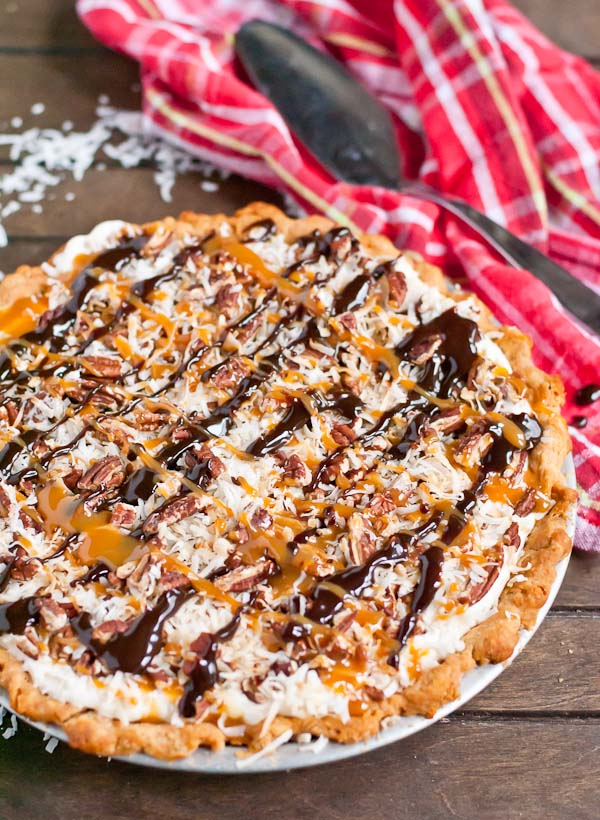 Alright, friends, we’re officially in the Thanksgiving red zone. This is it. The turkey is thawing. The rolls are waiting patiently in the freezer. And maybe you’re so on top of things, you’ve even got your mashed potatoes whipped up and waiting for their last butter bath in the oven.

What’s your favorite Thanksgiving pie? Obviously pumpkin is a classic, but it’s never been on my top 10 list. I’d choose a pumpkin pinwheel over pumpkin pie any day. Apple pie has always been underwhelmingin my book, though that won’t stop me from eating a fat slice of it with a scoop of ice cream.

Custard pie is our Thanksgiving standard, and while it definitely makes my favorites list, this year I was craving something a little different. I’m a fan of the brown sugary, crunchy pecan pie, but there are enough recipes for that floating around the inter webs. Instead, I thought I’d go with something a little less pie-ish and a little more cheesecake-ish. I hope you can forgive me. 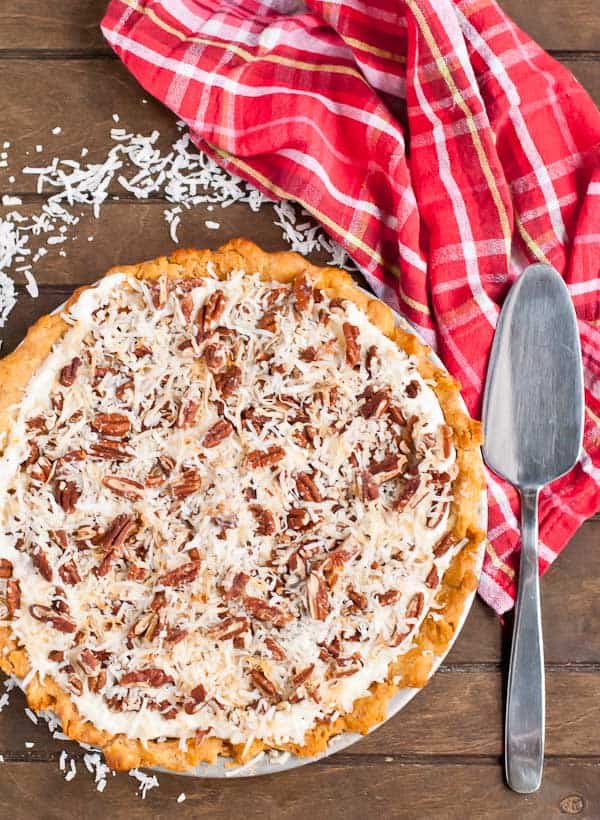 Here’s the deal. Underneath that layer of toasty pecans and coconut lies an impossibly creamy mixture of cream cheese, powdered sugar, butter, and Cool Whip. That’s right. A little lighter and fluffier than cheesecake, this filling still has that delightfully sweet tang we know and love.

And of course, the goodies don’t end there. A cream cheese pecan pie is just begging for some chocolate and caramel sauce. A generous drizzle of both completes this dessert trifecta- Pie + Cheesecake + Turtles. Awwwww, yeah. 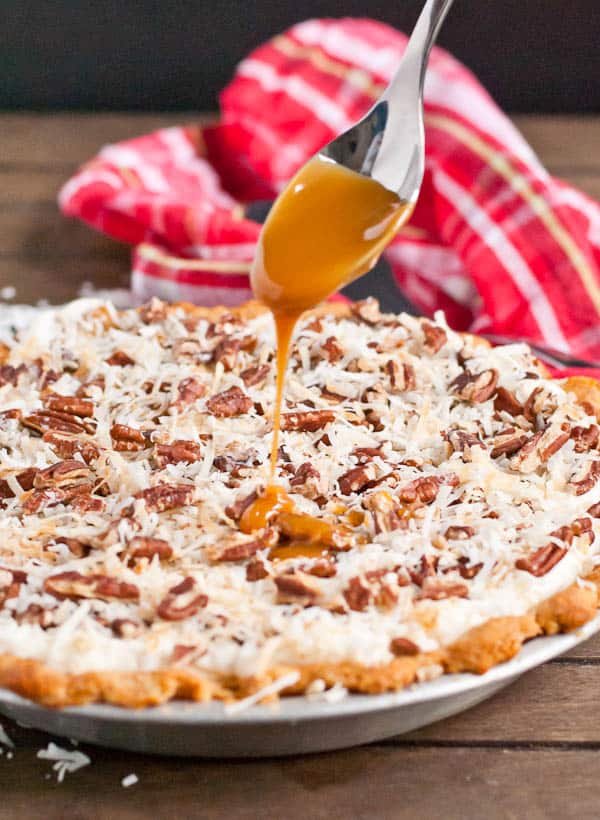 If you’re worried about fitting this pie in to your already-packed Thanksgiving day plans, FEAR NOT! You can whip this up the day before and store it in the fridge overnight. All you’ll have to do on the big day is gracefully whisk the pie to the table, just as everyone is unbuttoning their pants and pretending they simply couldn’t eat another bit. Don’t worry, they’re faking. They’re totally going to eat pie. No one can resist the allure of the Coconut Pecan Cheesecake Turtle Pie. No one I tell you! 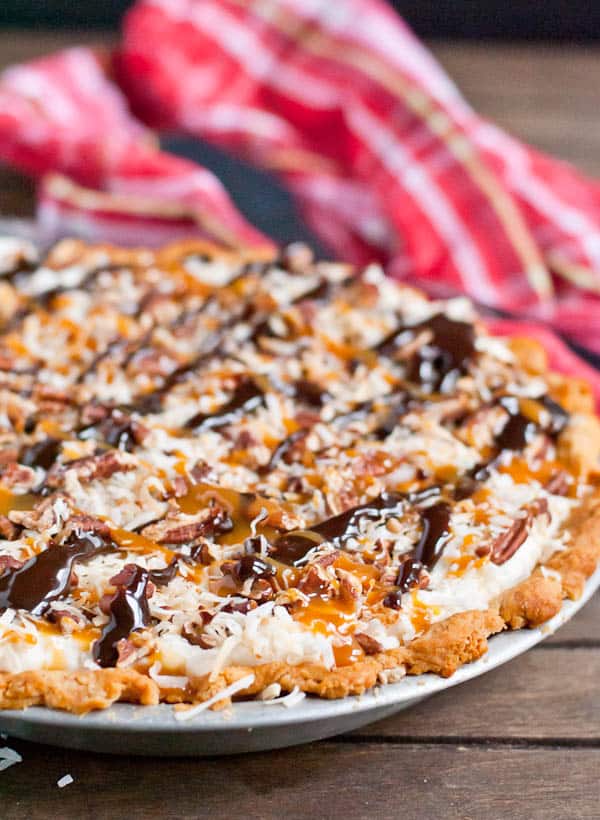 Friends, I hope you all have a joyful Thanksgiving with the ones you love. And remember, at the end of the day, what’s most important isn’t the moisture level of your turkey, the loftiness of your mashed potatoes, or the strange color of Aunt Sue’s cranberry sauce. What’s most important is the faces gathered around the table. Take some time to give thanks, enjoy each other, and make memories with your family. I know that’s what I’ll be doing. Happy Thanksgiving!