I got my thinking cap on Chopped-style to create this lightened up version of Spinach Chicken Alfredo Pizza, made with Greek yogurt, gobs of ooey gooey cheese, and a smattering of red peppers and mushrooms. 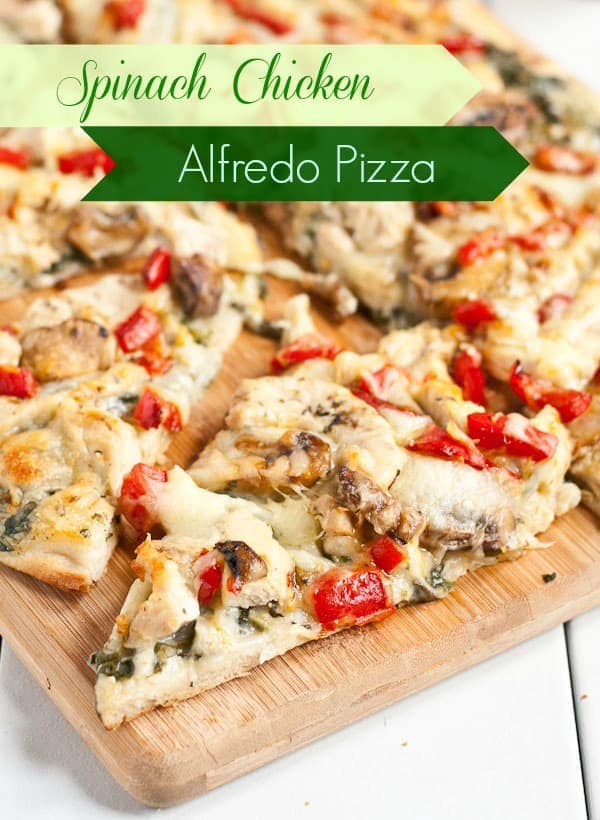 Do you ever watch the show Chopped? It’s a fast paced competitive cooking show in which contestants are given a few bizarre ingredients and tasked with making a three course meal…in  less than 80 minutes total.

The show never fails to make me feel like I’m on the verge of a panic attack. I enjoy watching contestants figure out how they’re going to turn crayfish, plum jam, and a spare tire into an acceptable appetizer, but watching them rush around the kitchen as the clock ticks down makes my palms start to sweat.

This is probably because I am a terribly slow cook. I watch the Chopped contestants slice through an onion in .5 seconds and simply stare in awe (and reflexively cover up my knuckles–it’s almost like I can feel them being chopped off if I attempted a similar feat). And the way they come up with dishes on the fly? This is so not me. I am a thinker, a planner, a considerer. It takes me at least an hour to plan out our meals for the week, and I don’t even have to incorporate quail! 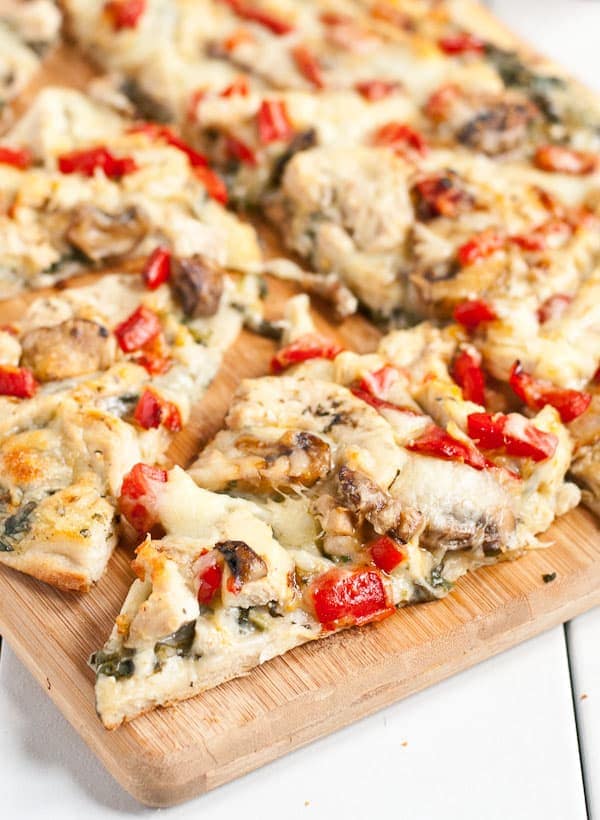 Anyway, while I know I would have a breakdown in the first five minutes of a real Chopped episode, I do love to challenge myself in the kitchen. That’s why I was so excited to participate in Sargento’s Chopped at Home contest! Sargento is challenging home cooks everywhere to put on their thinking caps and make a unique dish featuring their Chef Blends™ Shredded 6 Cheese Italian, a tantalizing combination of Mozzarella, Provolone, Fontina, Parmesan, Romano, and Asiago cheeses. 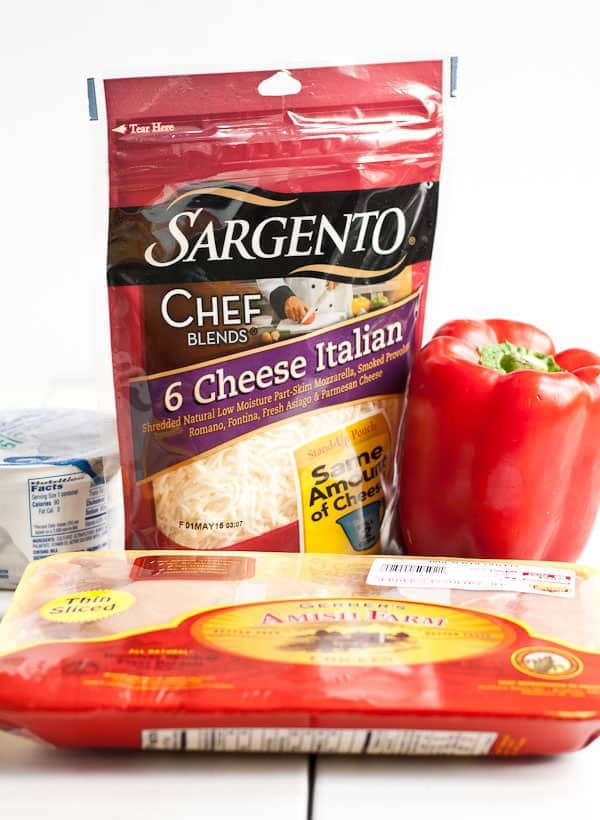 In true Chopped style, we were given four ingredients we had to include in our dish: Sargento 6 Cheese Italian, boneless skinless chicken breast, red bell pepper, and Greek yogurt.

I knew almost immediately I wanted to go the Alfredo route. I’ve been wanting to make a lightened up Greek yogurt version of Alfredo for awhile, and this gave me the push I needed to finally try it. Luckily, I wasn’t disappointed. This Alfredo sauce is quick, garlicky, ultra cheesy, and quite tasty, even though it doesn’t have a drop of cream in it.

After the Alfredo sauce was made, I had to figure out what to do with it. Pasta? Casserole? Sauce for grilled chicken? In the end, my true love won, and I decided to make pizza. I tossed some spinach in the Alfredo sauce, ladled it on a pizza crust, then topped it with generous handfuls of cheese, chicken breast, red pepper, and mushrooms. 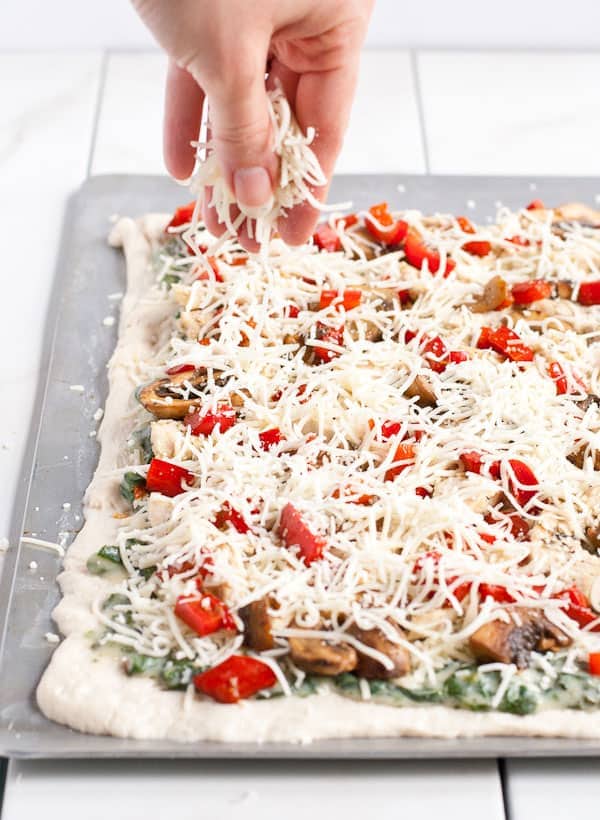 The resulting pizza was packed with flavor, and characterized by those perfectly gooey strands of melted cheese. Did I finish it under 30 minutes? Not quite. But this meal won’t take you all day either. I recommend using a homemade crust or buying pre-made crusts from your favorite local pizza place. I didn’t realize I was out of my homemade crust, so I used an off-brand roll out crust and lived to regret it. This pizza deserves the best, so start with a great crust! I’ll definitely be doing that next time, and trust me, there will be a next time.

For the alfredo sauce:

For the Alfredo sauce:

This is a sponsored conversation written by me on behalf of Sargento®. The opinions and text are all mine.