This Braised Apple Cider Turkey gets a triple whammy of flavor from butter, herbs, citrus, and cider. 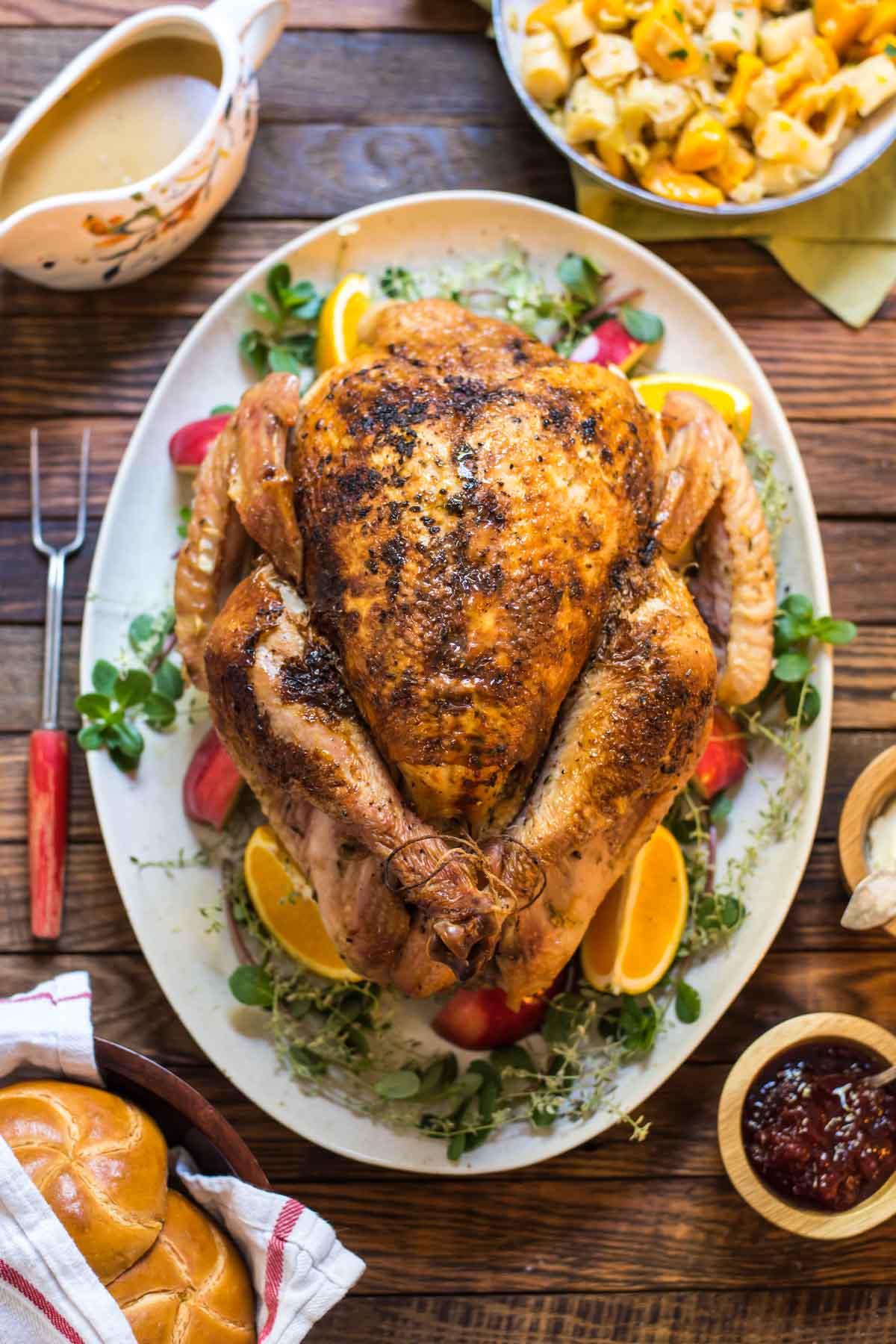 I recently asked my friends on Facebook what kind of dishes they prefer for their Thanksgiving dinners. I was curious if they liked to keep things traditional or if they liked to mix things up with new recipes every year. Unsurprisingly, nearly everyone said they prefer to stick to the classics. Well, everyone, that is, except my fellow food blogger friends. We seem to be cursed with an insatiable desire to try something new. We’re the weirdos who try to sneak grilled pineapple or pomegranate brussels sprouts onto the Thanksgiving table. Seriously, don’t put us in charge of the holiday menu plan unless you’re ready for some surprises.

I usually find myself wanting to experiment around the holidays, but there’s something beautiful and good about our loyalty to family tradition. We love green bean casserole and sweet potatoes piled with marshmallows not just because they’re delicious, but also because they’ve been shared by generations of family around the same table each year. There are memories wrapped up in those french fried onions, and sometimes memories taste better than any new and improved recipe ever could. 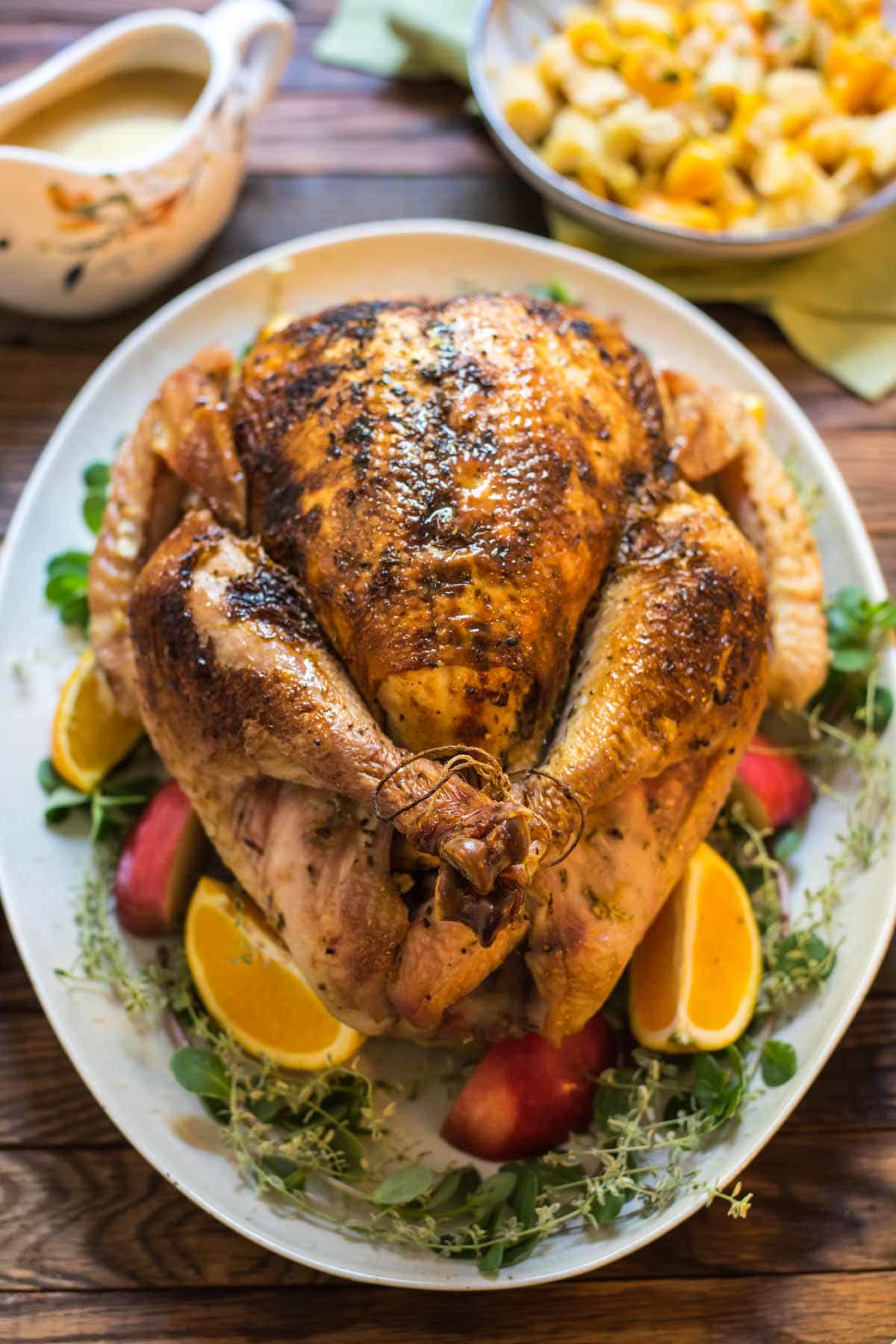 This year, I’m trying to stick to the classics. We’ll have sour cream and chive mashed potatoes, fluffy butterhorns, and pecan pie bars. We’ll make Stovetop stuffing (don’t judge! It’s got all the memories!), and I’m sure someone will bring a nice healthy green salad that no one will eat. Because tradition.

Of course, no classic Thanksgiving is complete without turkey. Turkey tends to be an afterthought on most spreads. It’s just another thing to drench with gravy one day and mayo, cheese, and a bun the next. But traditional should never be synonymous with boring. This Braised Apple Cider Turkey is just the right amount of classic and inventive. It’s a little different, but not so crazy it will scare away the loyalists.

Typically braising involves searing a piece of meat in high heat, then cooking it low and slow with vegetables and a flavorful liquid until it’s fall-off-the-bone tender. The technique is great for tough (or boring) cuts of meat, but braising a turkey can be a bit cumbersome. A 15 lb. bird is a tad hard to maneuver! Luckily, I found another (easier) way to get the same effect. For this braised turkey, I roasted it in a blazing hot 500 degree oven until browned. Then, I turned the heat down, added plenty of broth and cider, and continued to roast for several more hours, until cooked through. 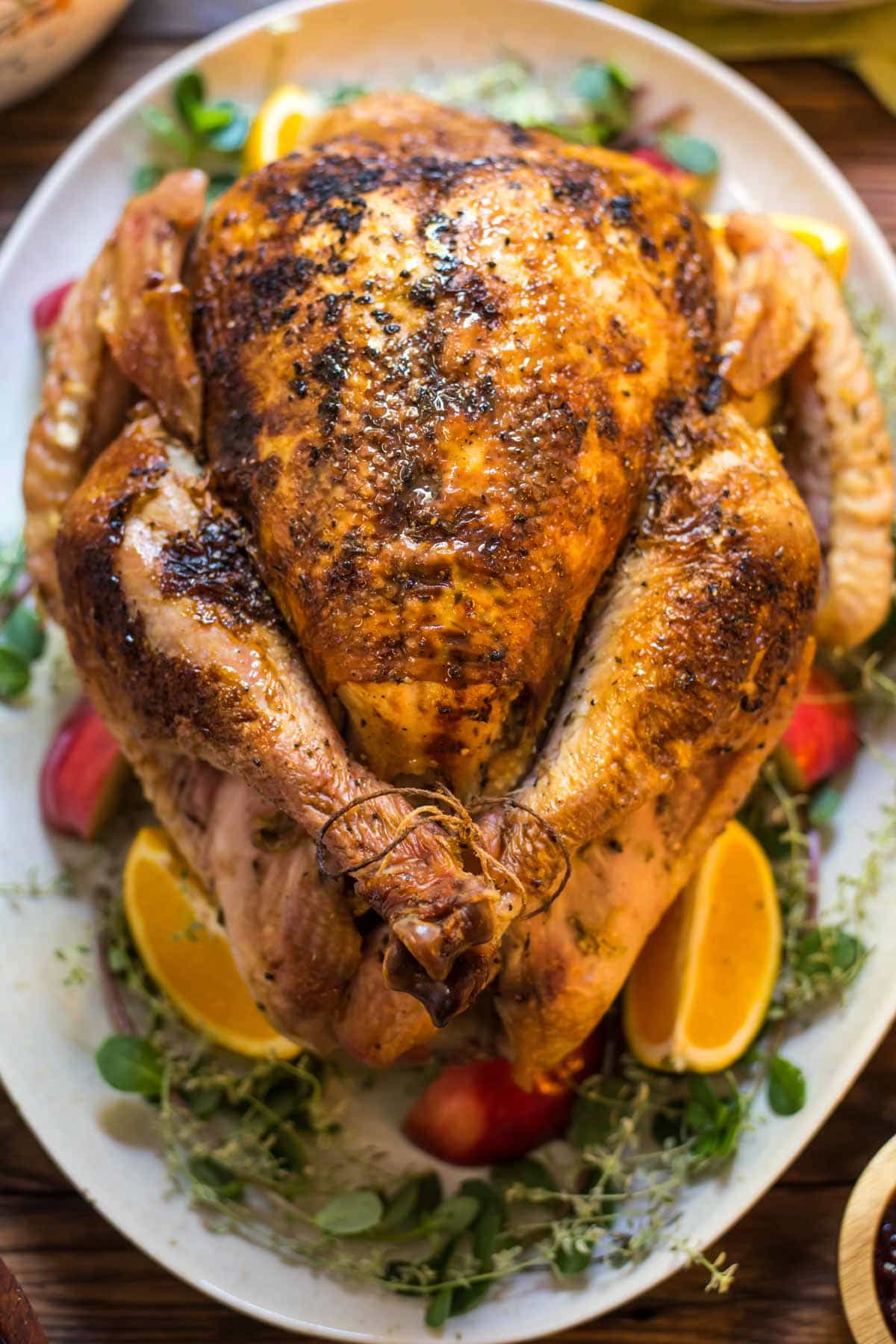 There’s something here for everyone to love. Butter and herbs rubbed under the skin keeps things classic and extra juicy, while hints of lemon, orange, and cider keep everyone interested. Then there’s the gravy. Apple cider gravy, friends. It’s a thing. A delicious, wonderful thing. This gravy made from pan drippings and apple cider is savory with a subtle sweet tang. I put a dollop of dijon mustard in mine which made the dreamiest sauce, but folks wanting something a little more standard might want to leave it off.

I’ve shared my tips for preparing turkey here, but the same principles remain the same for this recipe. Most importantly, get all your ingredients ready before you even think about opening that turkey bag! It’ll save you so much time, clean up, and unnecessary hand washings. Other than that, you’ve just got to be willing to dive in and get real up close and personal with the bird. No fear–it won’t bite. 🙂 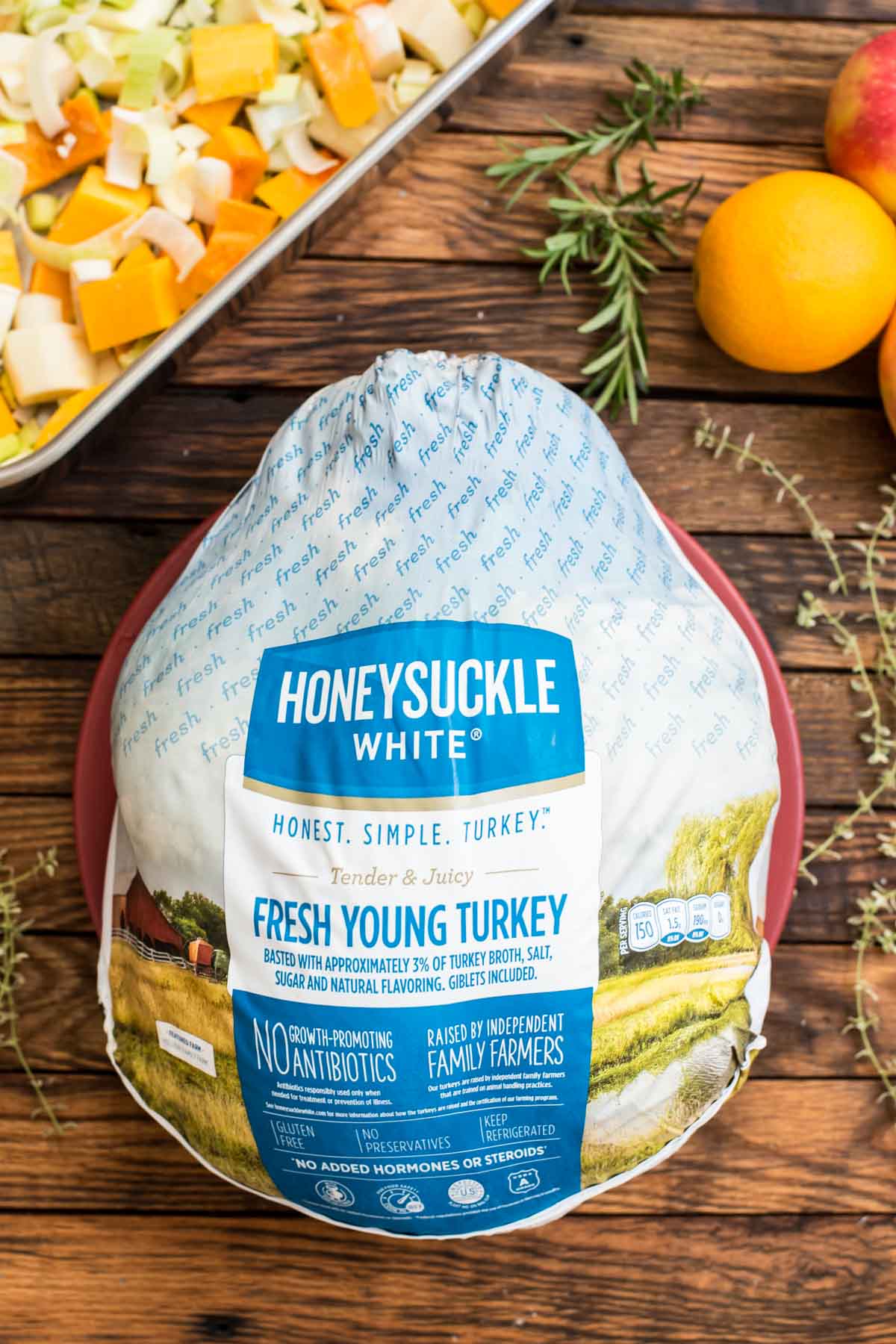 I highly recommend Honeysuckle White’s fresh or frozen turkeys for your Thanksgiving spread. Their network of over 700 family farmers is committed to producing great turkeys raised with care. Having spent time with one of their farmers, I can tell you confidently this is a company committed to doing the right thing for their animals, farmers, and customers, so look for Honeysuckle White (or Shady Brook Farms for you East Coasters!) in your local grocery store.

So maybe now you are wondering…

What to Serve with Thanksgiving Turkey

First off, check out this easy gravy recipe from In Sock Monkey Slippers.

Creamy Mashed Potatoes (made without a ricer!) are the quintessential side dish for turkey, but I also really love these Lemon Rosemary Melting Potatoes. Of course, it never hurts to add in some Easy Mashed Sweet Potatoes as well!

For dessert, try these amazing Pecan Pie Bars (they’re even better than pie!) and my Pumpkin Cream Cheese Roll! Or get even more inspiration from my 15 Drool-Worthy Thanksgiving Desserts.

This post is sponsored by the wonderful folks at Honeysuckle White Turkey. As always, all opinions are my own.