A surprise layer of chocolate ganache adds a touch of luxury to this classic Banana Chocolate Cream Pie. 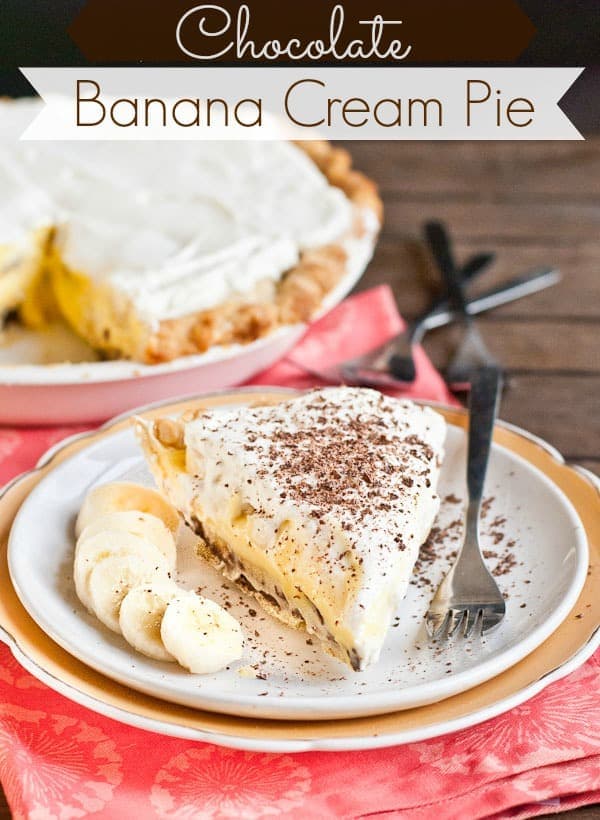 Some pies transcend season. It’s tough to break out a cherry pie in March or a Pumpkin Pie in July, but I could eat Banana Cream Pie 365 days a year. There’s something so wonderfully satisfying about a giant forkful of flaky crust, creamy pudding, fresh sliced banana, and pillowy whipped cream. It’s a classic. An American standard. Old faithful.

It’s always dangerous to mess with a classic, but sometimes these risks must be taken for the good of humanity (and our taste buds). I didn’t think much could be done to improve on Banana Cream Pie, but that was before I met this Chocolate Banana Cream Pie. 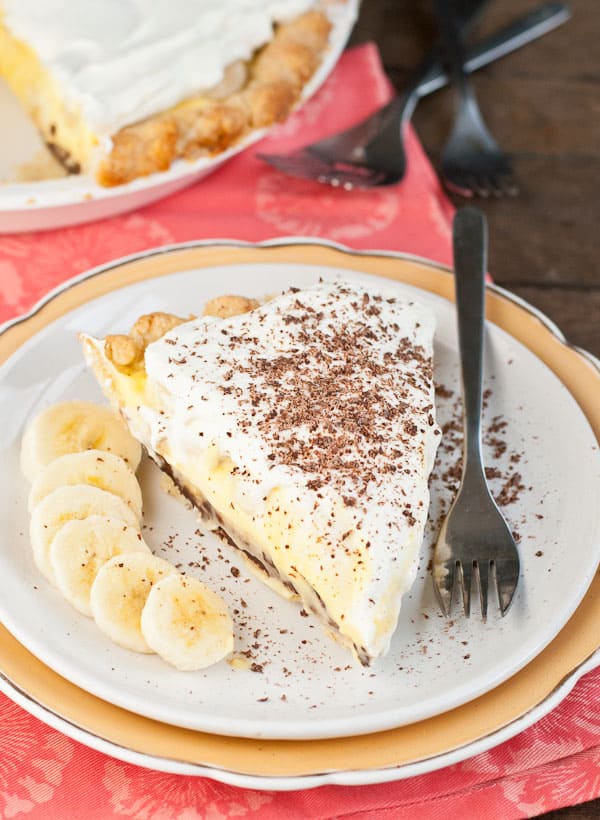 I first made this pie several years ago, when the Mr. and I were still fresh-faced newlyweds. I was just beginning to flex my baking muscles and experiment with new ingredients and recipes. There were a lot of failures in those days, but there were also some raving successes. This pie was one of them.

The key to success? A thick layer of chocolate ganache at the bottom of the pie. It’s a simple addition, but it opens up a whole new world of flavor and texture. The chocolate is thick, just slightly bitter, and rich, a perfect contrast to the sweet and fluffy pudding and whipped cream. It’ll put a big, cheesy smile on your face. (Sorry, I couldn’t resist). 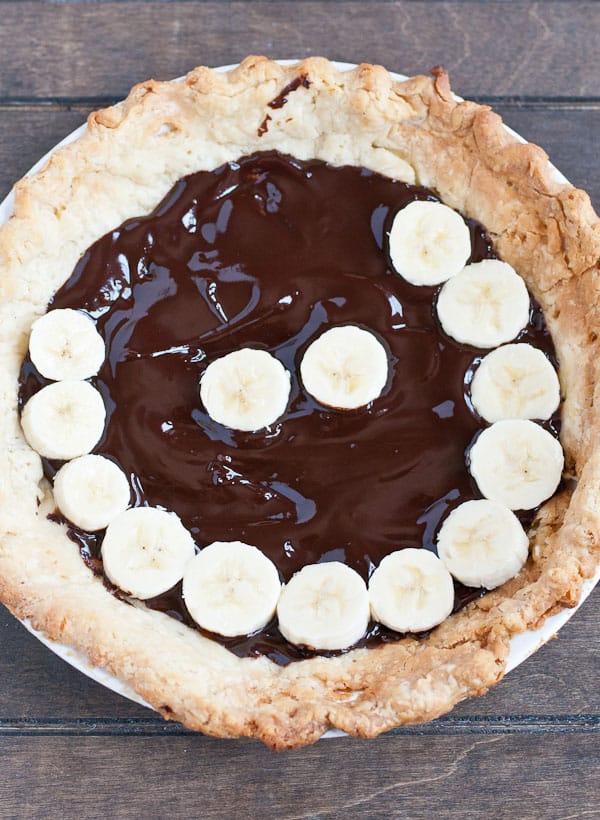 Over the years, I’ve added coconut or other nuts to the pie, and even made it with chocolate instead of vanilla pudding. In the end, this simple version is my favorite. Just chocolate, vanilla pudding, 2 layers of bananas, and fluffy homemade whipped cream. 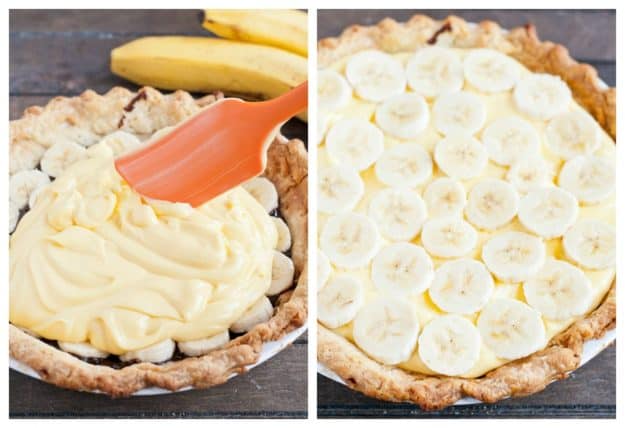 A quick note about the recipe. You can take tons of short cuts with this, or make everything from scratch. I recommend making the crust from scratch (You can find my favorite recipes for pie crust here). The pudding can also be homemade or instant. For some reason, I find homemade pudding to be one of the least desirable kitchen ventures, so I usually always use instant. I do, however, make my own whipped cream. You can feel free to whip up your own, or make this super easy and just dollop the top of th epie with mounds of Cool Whip. Either way, you’re going to be in for a creamy, chocolatey banana treat you can enjoy any time of year! 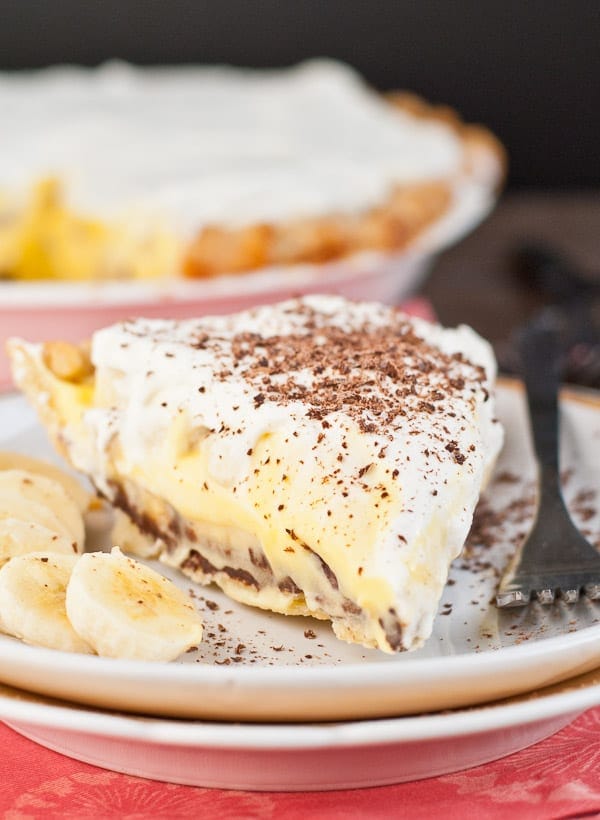