Remember that soft cheesy jalapeno bread? Remember how messy it was? How I thought it would never work? 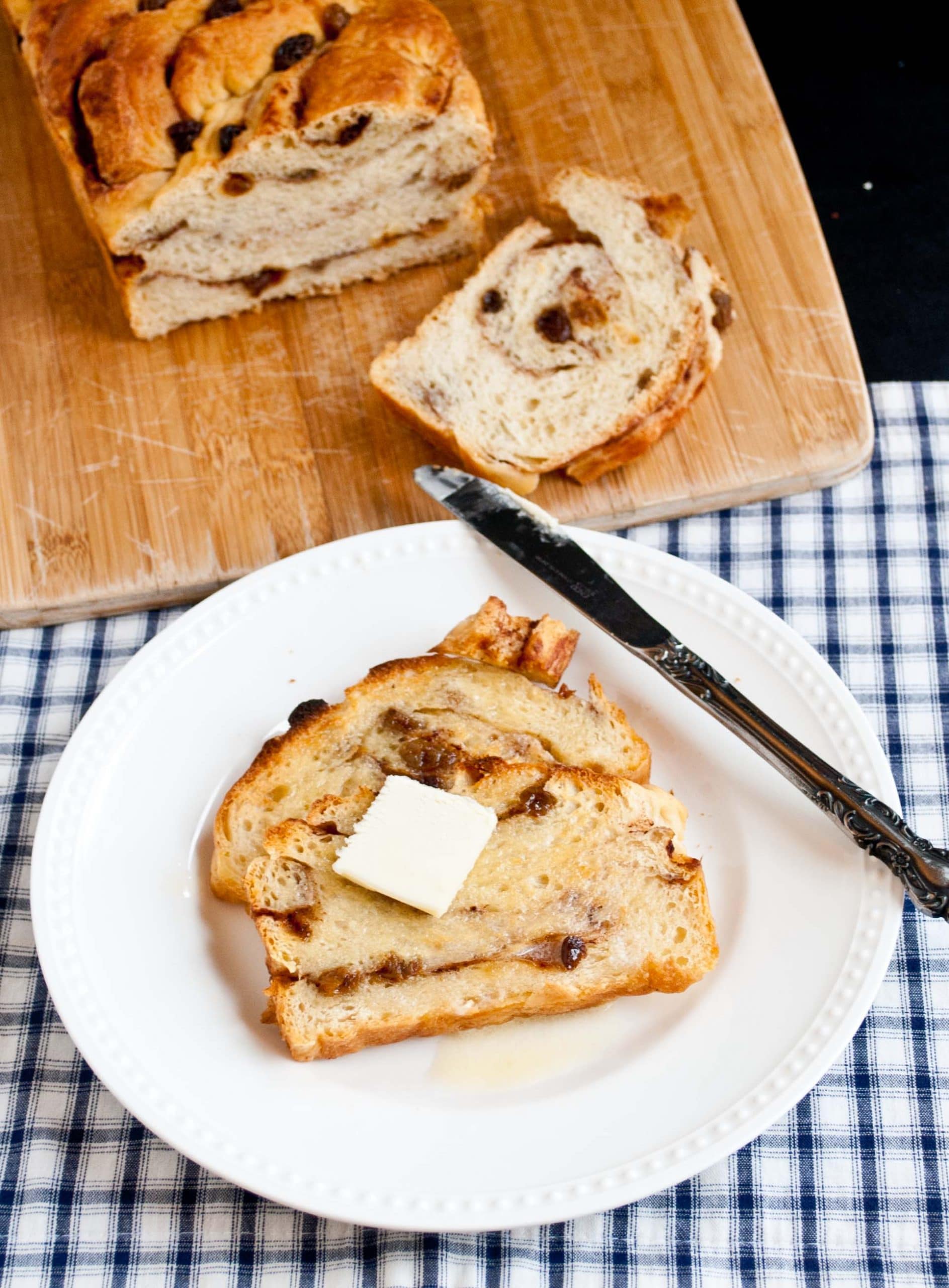 Somehow, against all the odds, it did work. In fact, it worked really really well. It made a great big beautiful puffy loaf. It filled the house with wonderful smells and produced the most amazing grilled cheeses and convinced me that maybe this whole make-bread-at-home thing is actually doable.

What I forgot to mention is that I made more than just cheesy jalapeno bread with that recipe. I also made this sweet, cinnamon swirl bread. That’s the beauty of this recipe–it makes two loaves of bread, so if you want one cheesy and one cinnamon-y or one garlicky and one herby, you can totally do that. You can make two completely different loaves of bread with one simple recipe. 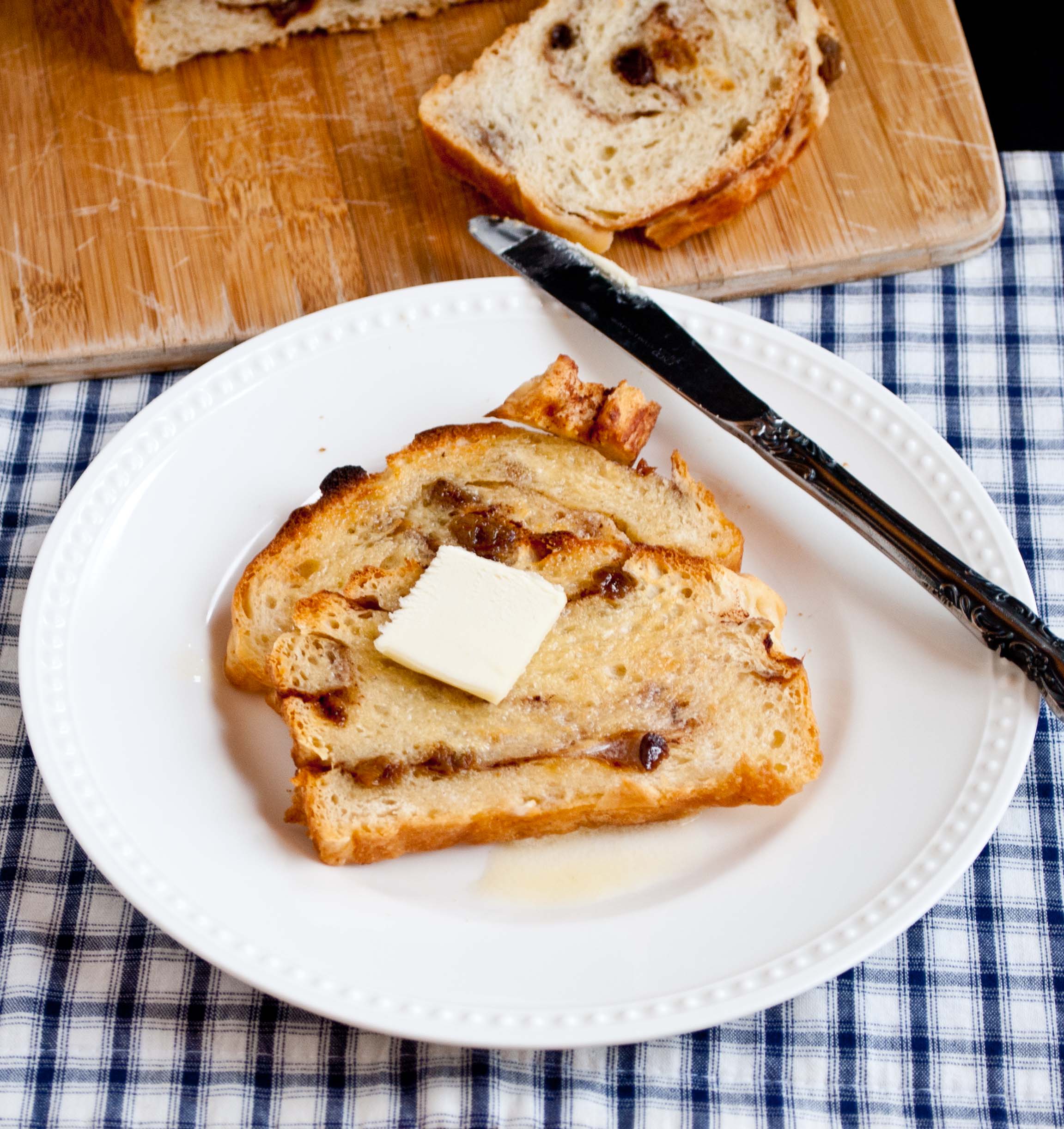 I have this thing with Cinnamon Raisin Swirl Bread. I love it. I crave it. I don’t buy it often, but when I do, it’s all I want for breakfast, snacks, and dessert. There’s just something so incredibly homey and comforting about a slice of toasted cinnamon raisin bread. It’s nostalgic–the soft, doughy bread giving way to plump, juicy raisins and spicy cinnamon. The butter melting into every pocket, the heady smell of yeast mingling with cinnamon. Gah! I’m getting hungry just talking (writing) about it.

You’ll follow the same methods of this bread as for the cheesy jalapeno bread. The only change you’ll make is to sprinkle the dough with cinnamon and sugar and raisins and butter rather than jalapenos and cheddar. This version seems to behave a little better than the jalapenos and cheese. For the most part, the raisins stay in place and don’t go flying when you start braiding the dough. If they do, you can just tuck them on top at the end, but be sure to give them a good scolding first. 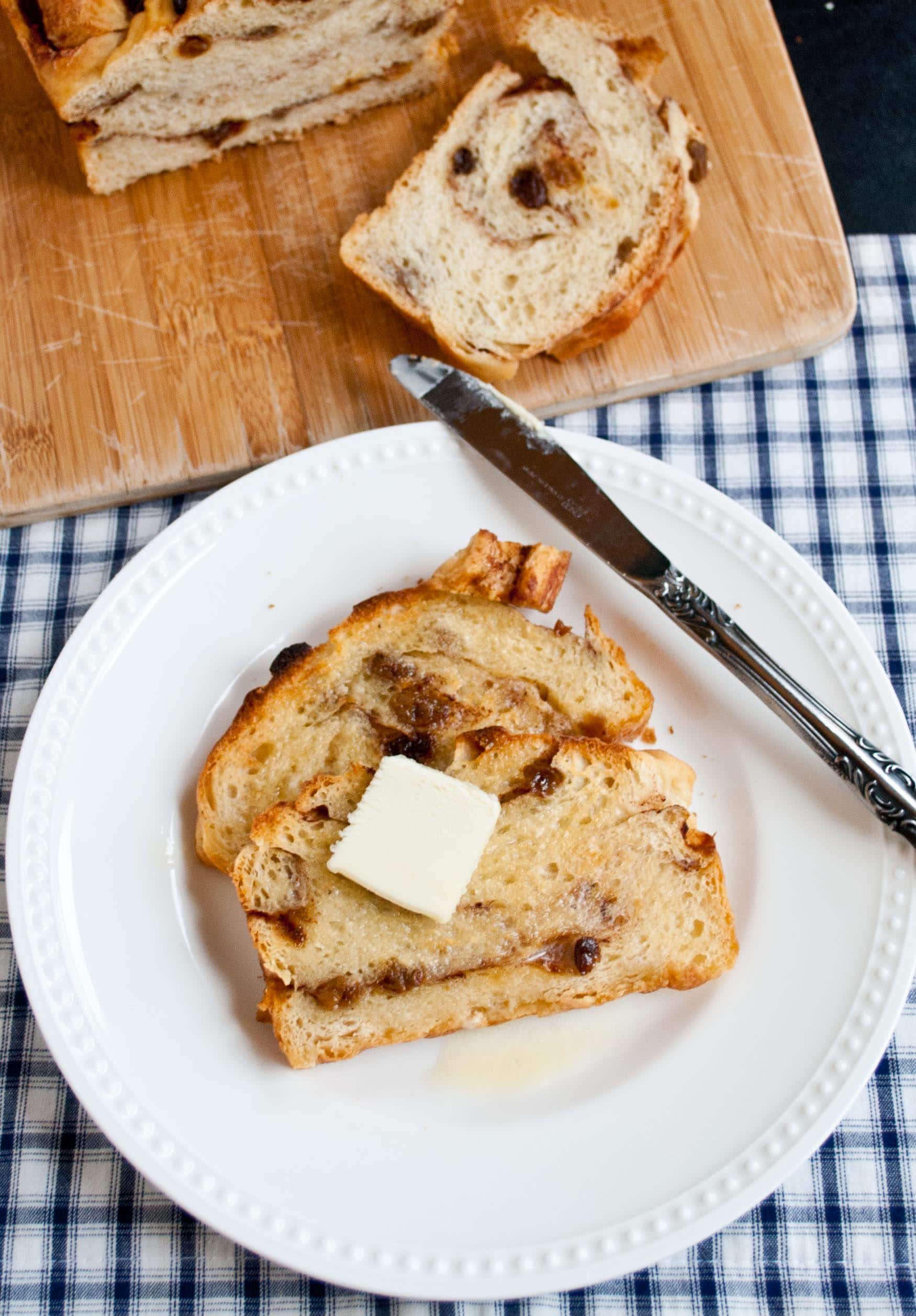 I always like to soak my raisins before I bake with them so they don’t get dry and chewy. For this bread, I soaked them bourbon, because, well, I like bourbon. The flavor isn’t strong at all once it’s baked, but you can always just use hot water to soak the raisins instead.

Give this one a try. I don’t know if there’s anything better than enjoying a slice of sweet cinnamon bread, lightly toasted, and slathered with butter. And if you want to sprinkle a little extra cinnamon sugar on top, I won’t judge. In fact, I think I’ll join you.


Recipe inspired by Seasons and Suppers