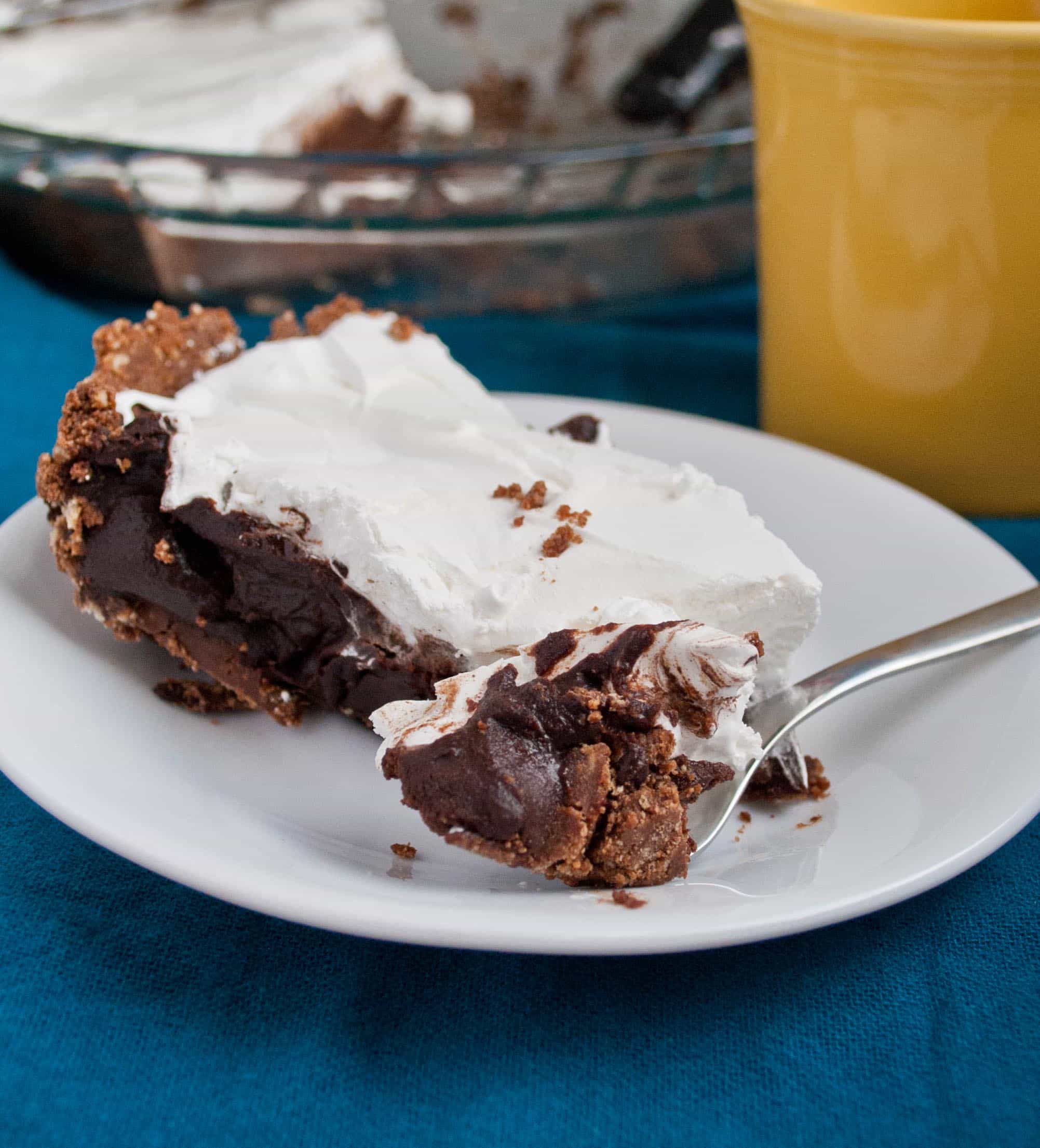 I had a moment about 3 months ago.

I was flipping through my Bon Appetit magazine and there it was. Coffee Chocolate Smores Pie.

The picture was cropped in tight so I could see the thick, dark chocolate ganache, the soft peaks of the meringue, the graham cracker crumb crust coated in Nutella.

Yes, you heard right. The crust of this pie has Nutella in it.

I ripped the page out of that magazine faster than you could say “Gimme!”, determined to make this pie mine. And soon.

And then life happened. The page got shoved into a binder somewhere, most likely when I was on a panicked cleaning spree before the holidays.

I happened to pull the binder out a few weeks ago, and there it was. How could I have forgotten? That amazingness needed to happen now.

This time the page didn’t get shoved away. It went straight to my kitchen counter along with chopped chocolate, crushed graham crackers, coffee grounds, and Nutella. A counter doesn’t look much better than that.

This pie begins with crushed graham crackers, butter, and Nutella. I’d say we’re off to a good start.

The next layer is just a coffee infused chocolate ganache. Of course, I shouldn’t say “just.” That’s like saying I “just” won a million dollars.

The last layer is a simple meringue–just a few egg whites whipped and sugared into soft, pillowy peaks.

Nothing has to be baked or shaped or rolled or braided. Just three simple layers stacked together.

It makes one killer pie.

Because the filling of this pie is a ganache, it is much richer than a traditional chocolate pie made with a pudding like filling. Serve slices small. A little bit goes a long way. Or serve em big. Because it’s almost Valentine’s Day and if that’s not an excuse to eat a giant slice of chocolate pie, I don’t know what is.

For the chocolate filling

For the chocolate filling:

Can’t get enough pie? Don’t let the crust be your downfall! A delicious homemade crust can be simple with my homemade buttermilk pie crust recipe.