There’s nothing like the fearlessness of a teenager to get you out of your crostini rut. These Roasted Balsamic Cranberry Brie Appetizers are so hip and fun, they might even learn how to text. 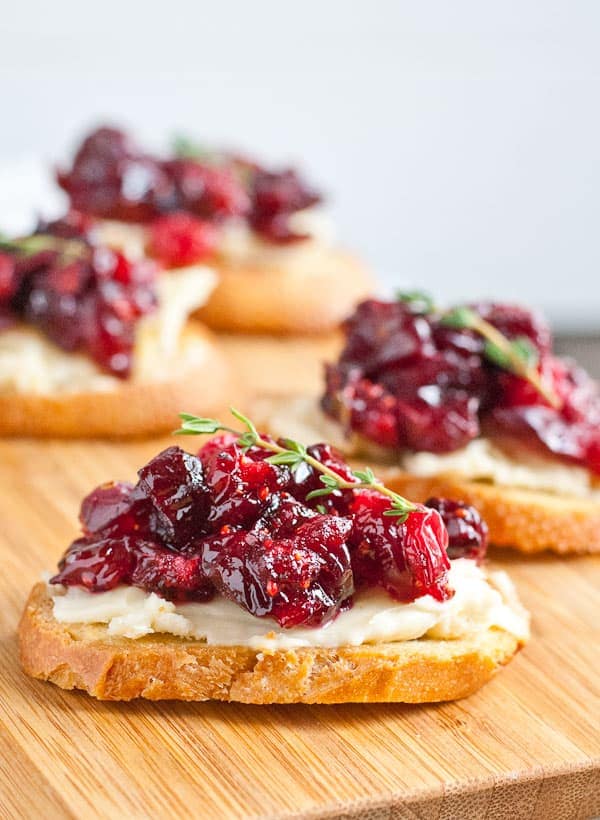 A few years ago I had the privilege of teaching an informal cooking class to several young people from our neighborhood. Over a series of several weeks, we worked through essentials like pizza dough, roasting red peppers, cake baking, and pie crust. But our very first lesson was on crostini.

Crostini is one of the easiest things you can make in your kitchen. The word literally means “little toasts” and it doesn’t get much more complicated than a slather of butter and a short journey in the oven. I thought crostini would be a great way to begin our cooking classes since they’re simple, versatile, and allow for plenty of creativity. I bought a few baguettes from the store, along with a variety of meats, cheeses, and spreads. 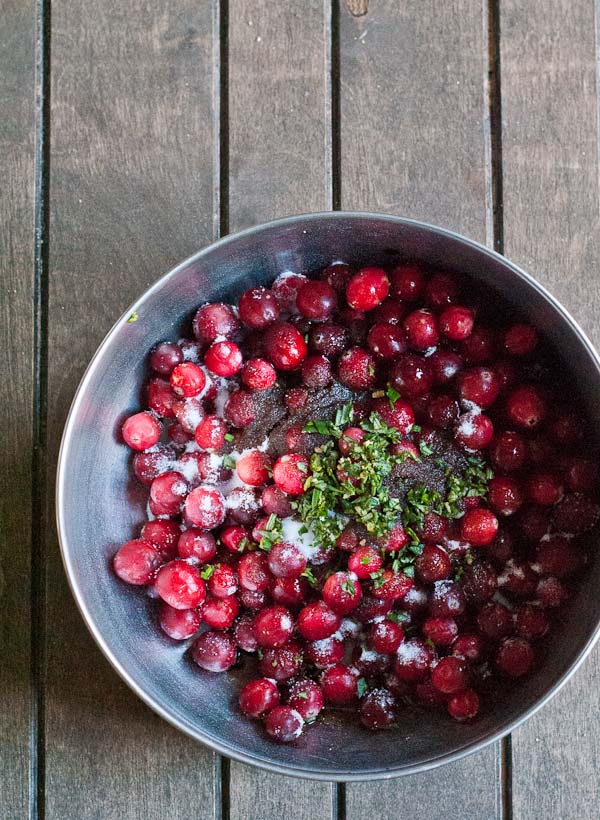 I wasn’t sure what to expect from this group of teenagers. Would they think crostini was lame? Too fancy? Too boring? Were they too cool for crostini? As it turns out, they loved it. Gathered around the kitchen island, we experimented with all sorts of different combinations. One person would start with sun dried tomatoes, then another would chime in with a hearty, “Oooo! Add some mozzarella to that!” or “Wouldn’t a smear of pesto really take it over the top?”

The crostini we created that night was far better than anything I could have created on my own. The teenagers challenged each other, encouraging each other to try foods and combinations they otherwise might never have been brave enough to try. Their enthusiasm was contagious, and the creativity built on itself, leaving us with some of the most unique crostini recipes I’ve ever encountered. 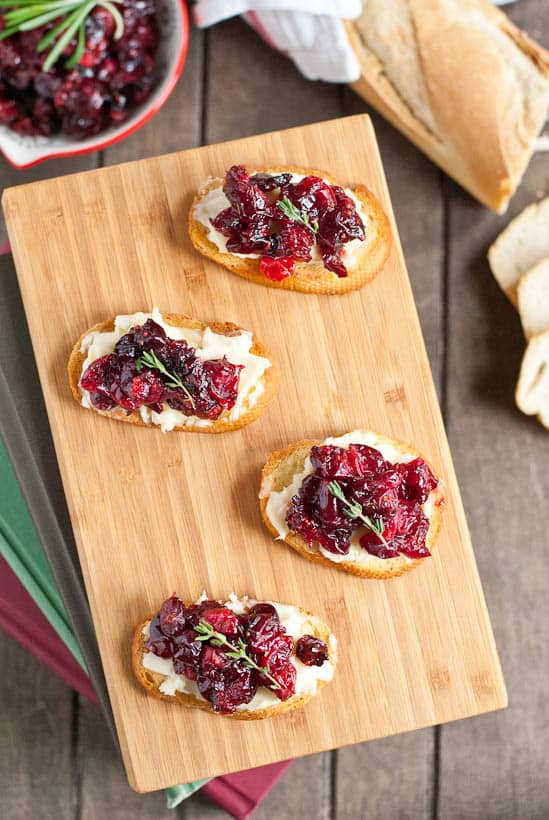 Those cooking classes signaled the first time I realized I don’t simply love cooking, I love cooking with other people. There’s something magical about being gathered in the kitchen together. It spurs us to think outside the box. It brings new perspectives, new palates, and new ideas. Working with teenagers made me far braver in the kitchen. They weren’t afraid to try something different, which led to some unexpectedly delicious surprises.

In honor of the creative, brave, and daring spirits of these teenagers, I bring you this Roasted Balsamic Cranberry and Brie Crostini. There’s nothing particularly new about cranberries and brie, but when I thought of the ingredients I gathered for that cooking class so long ago, a range of herbs popped into my mind. Basil, cilantro, rosemary, thyme. Could any of them go with cranberries? I decided to give it a try.

Like most times, the willingness to take a risk paid off. I tossed some rosemary into a mixture of cranberries, sugar, and balsamic vinegar then roasted it until the cranberries were bursting with juices and sticky sweet. This then became a topping for creamy brie with a festive sprig of thyme to finish it off. 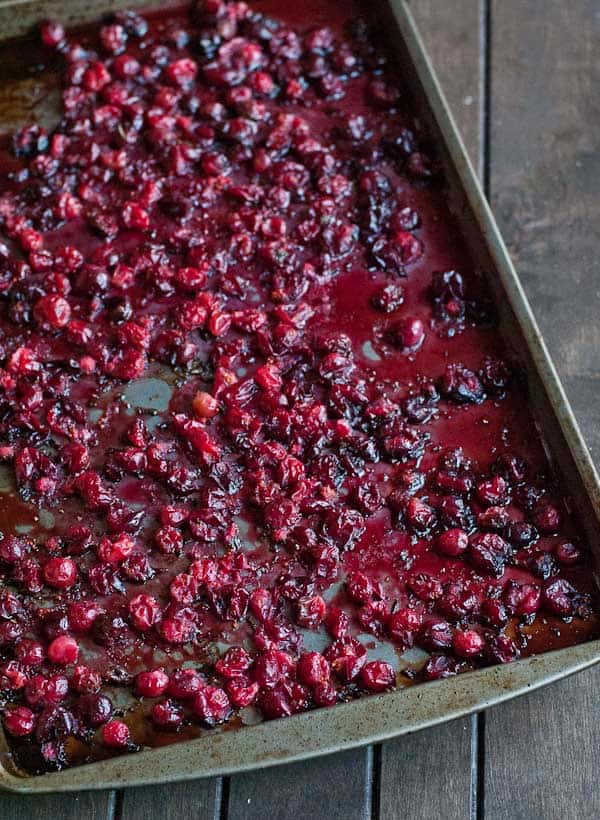 These are without a doubt my new favorite holiday appetizer. Their bright red and green color would be absolutely perfect for party trays, and the combinations of sticky sweet cranberries and brie offset with the piney rosemary just screams Christmas time!

When I’m looking for a spark to inspire my latest kitchen adventure, I often think back to that cooking class, and other times I’ve been playing in the kitchen with others. That face to face interaction is what Bon Appetit’s Out of the Kitchen series is all about. If you find yourself in a rut, try perusing their page, or inviting some folks over for a cooking extravaganza. You’ll be surprised how a different perspective can enliven your cooking. 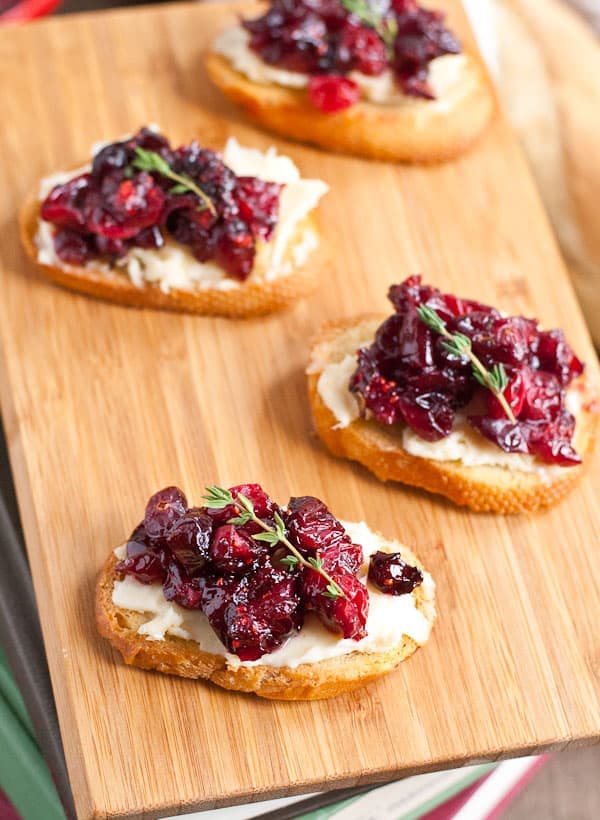 Also, check out BonAppetit.com‘s “OUT OF THE KITCHEN,” an exploration of the coolest food artisans in America, from spice blenders to knife makers to cider brewers. See how they mastered their crafts—and learn how to apply their knowledge at home.

This is a sponsored conversation written by me on behalf of Bon Appetit. The opinions and text are all mine.