These Easy Apple Blondies are soft and chewy with a killer cinnamon spiked apple cider glaze. 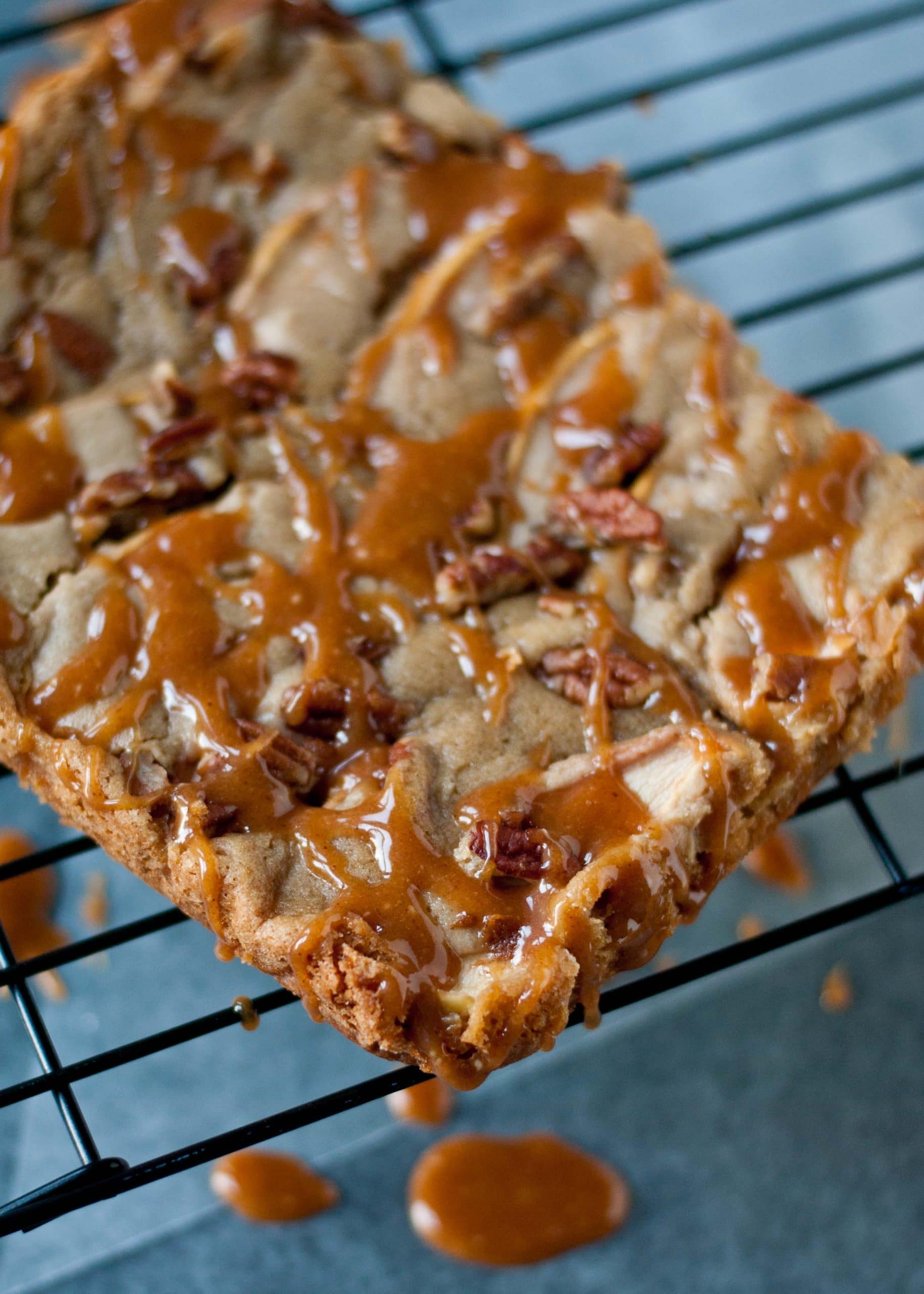 Finally. An apple recipe on Neighborfood. Can you believe it’s October and I have yet to post an apple or pumpkin recipe on the blog?

Sure, I’ve been going crazy with the slow cooking and the pots o’ soup, and there was that Autumn Sangria, but this is the first real, true apple recipe the blog has seen this year.

Luckily, the rest of the world seems to have plenty of them. I”ll refer you to Rachel Cook’s collection of over 20 fall apple recipes and this collection of 50 pumpkin recipes from The Recipe Critic. That should keep us all occupied for the next few years right? 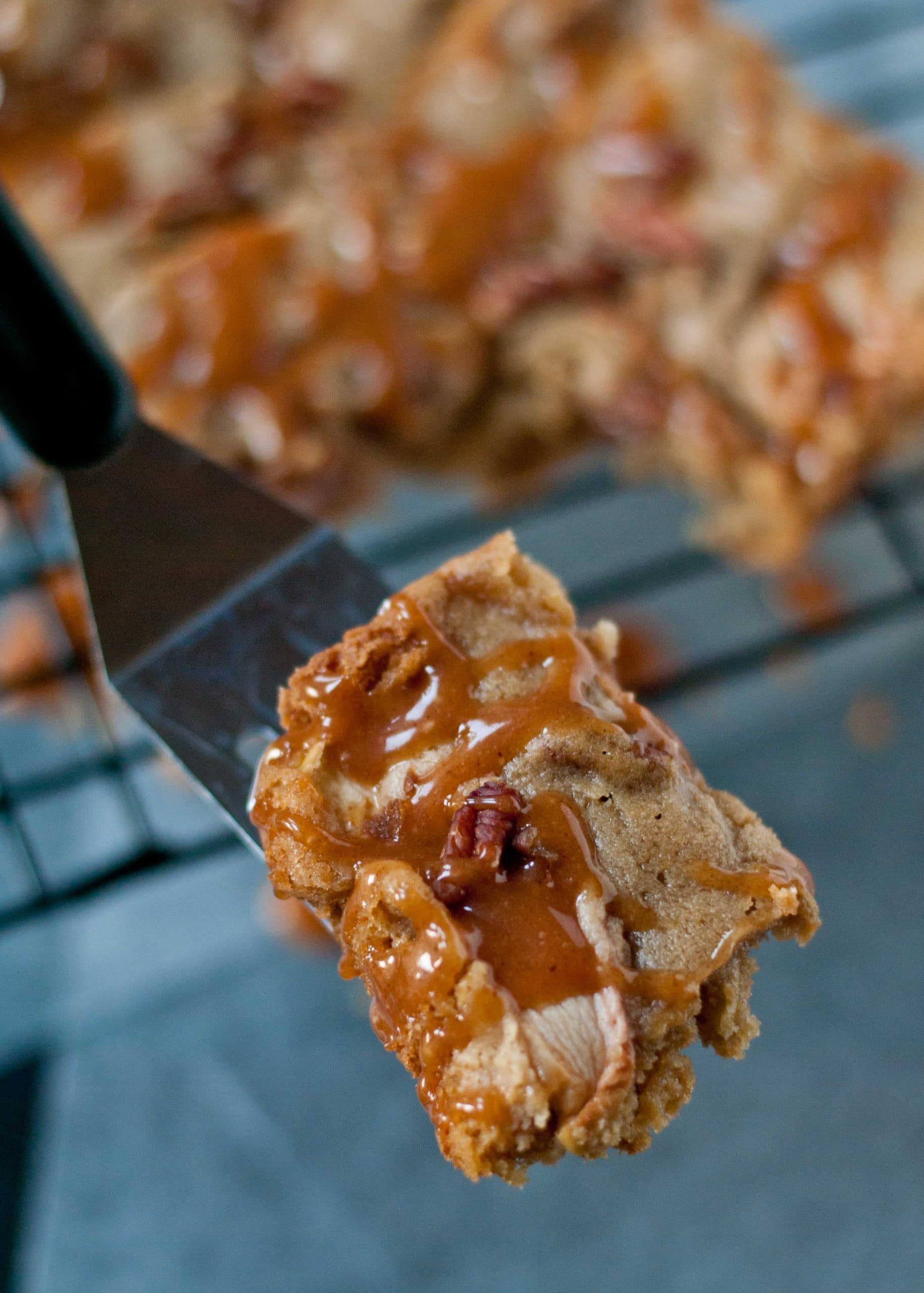 The Mr. and I finally made it to the cider mill this past weekend, and I couldn’t wait to come home and make my first apple recipe of the season.

Blondies are one of my favorite desserts–partly because they’re so easy to make, but mainly because I looooooove brown sugar. Blondies are essentially an excuse to eat thick, brown sugar cookie dough, and not waste your time scooping it out onto a baking sheet. It’s made in one bowl and can be thrown in the oven in about 20 minutes. What’s not to love about that?

To make these more appropriate for fall, I decided to add a layer of apples to the top and smother it in cinnamon cider glaze. Because you know what sweet, buttery blondies need? Sweet, cidery sauce. That’s the way I roll. 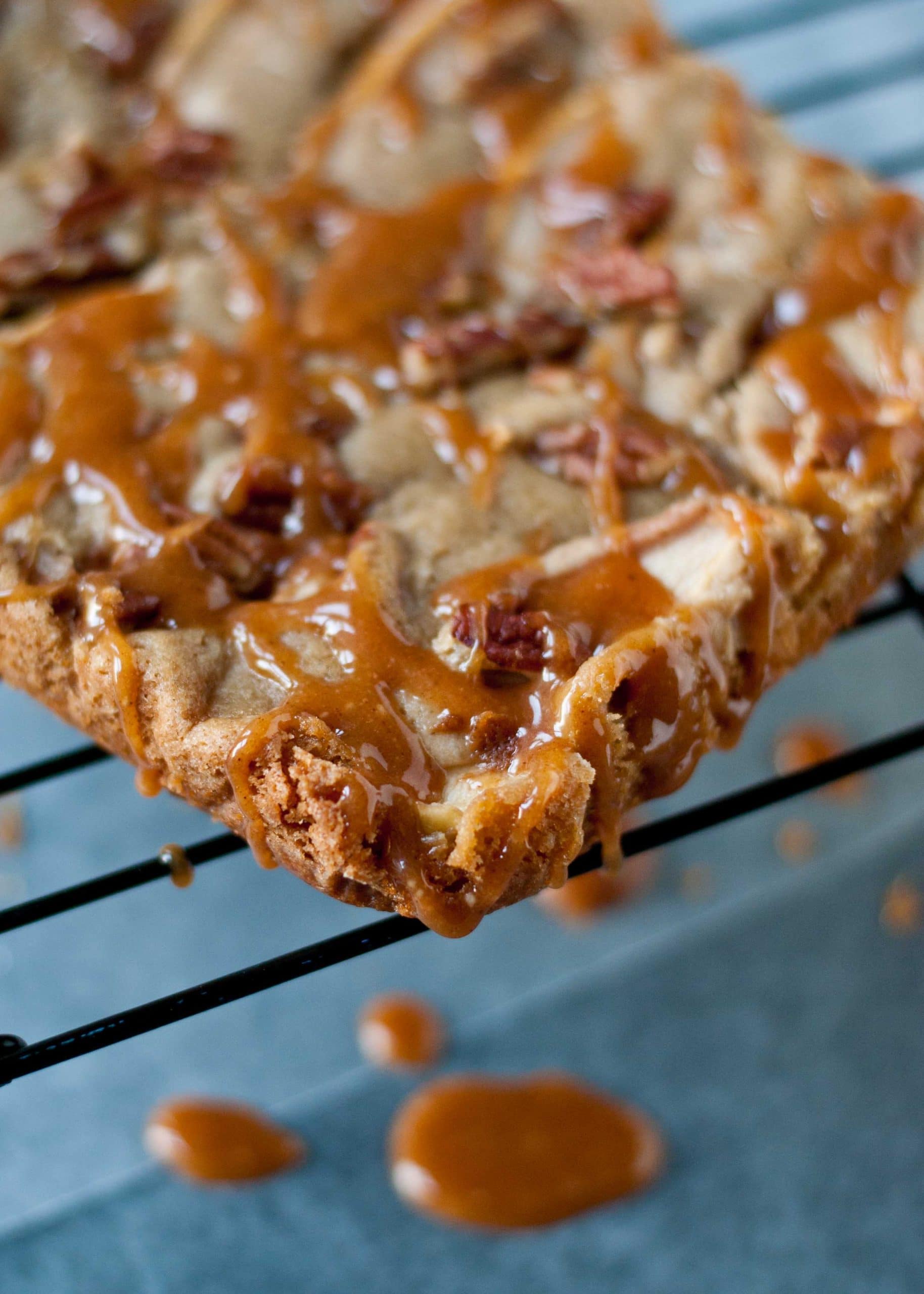 Even with the addition of the apples and cider glaze, this recipe can still easily be made in under an hour. The glaze is made by cooking the cider down until it starts to get syrupy and then whisking in some powdered sugar, butter, vanilla, and cinnamon until it’s drizzle-able. It takes about 15 minutes for the cider to cook down, but the best thing you can do during those 15 minutes is leave it the heck alone. You don’t need to stir, or swirl, or stand over the pot. Go read a book, paint your nails, do some yoga poses, and let the cider do it’s thang.

A word about the glaze: it’s addictive. You’ll want to put it on all the things. I’m especially excited to try it on pancakes, ice cream, and in a cup of coffee. I’m even thinking of using the apple cider glaze as a dipping sauce for sliced apples. How’s that for some fall on fall action? 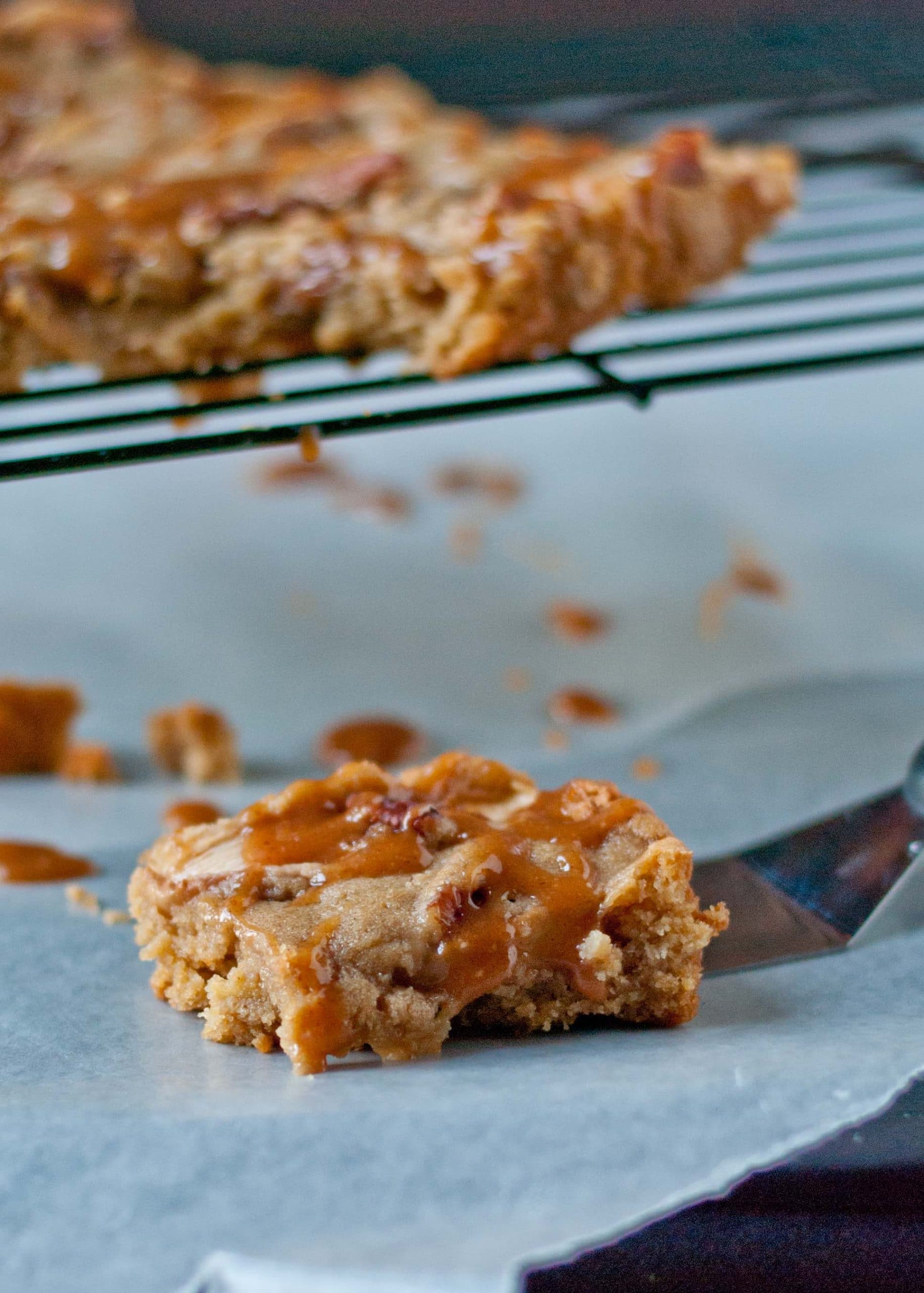 I do suggest eating these the day you make them, as the apples tend to a get a little soggy if you leave them set for too long. If you want to make them ahead of time, I suggest leaving the apples off the top and drizzling them with the cider glaze just before serving. You’ll still get a burst of cinnamon and apple and you won’t compromise the texture.

Don’t be concerned if you find yourself single-handedly consuming the entire batch. It happens to the best of us.