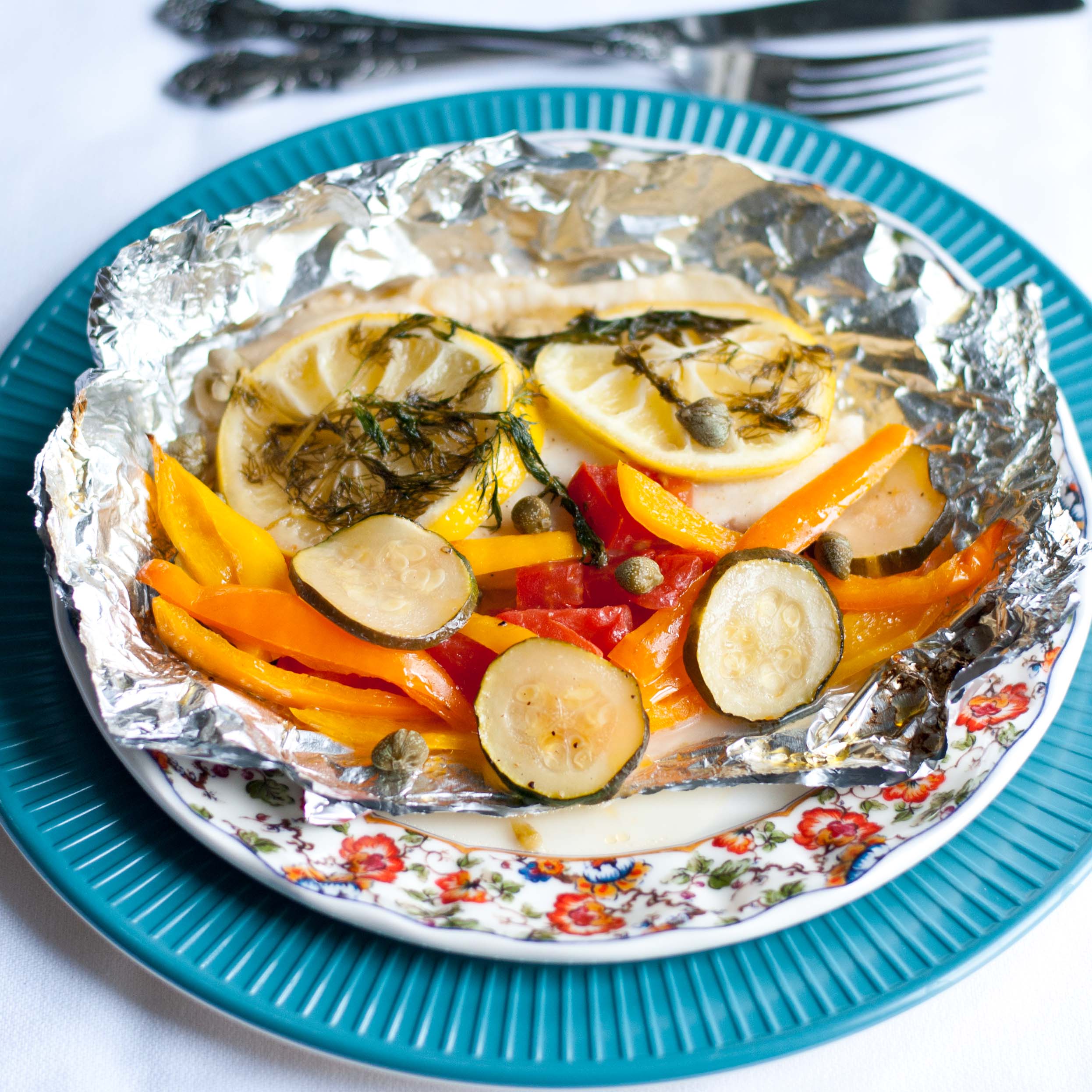 I’ve already blathered on about how much I love foil packet dinners, so I’ll spare you for this second go around. Suffice it to say, foil packet dinners (or hobo dinners as I grew up calling them), are so quick and easy to throw together there’s no reason they shouldn’t be on your regular dinner rotation. You can get your main course and your veggies all in one packet, they’re fun for kids, and there are tons of different variations you can try. Pretty much any kind of meat and vegetable can be transformed into an amazing meal with just a few seasonings and some time on the grill.

Here’s another simple and healthy idea for foil packets, just because I love you (and I love foil packets…wait, did I mention that already?)

It’s about to get all first grade math around here, because this meal? Is that easy. 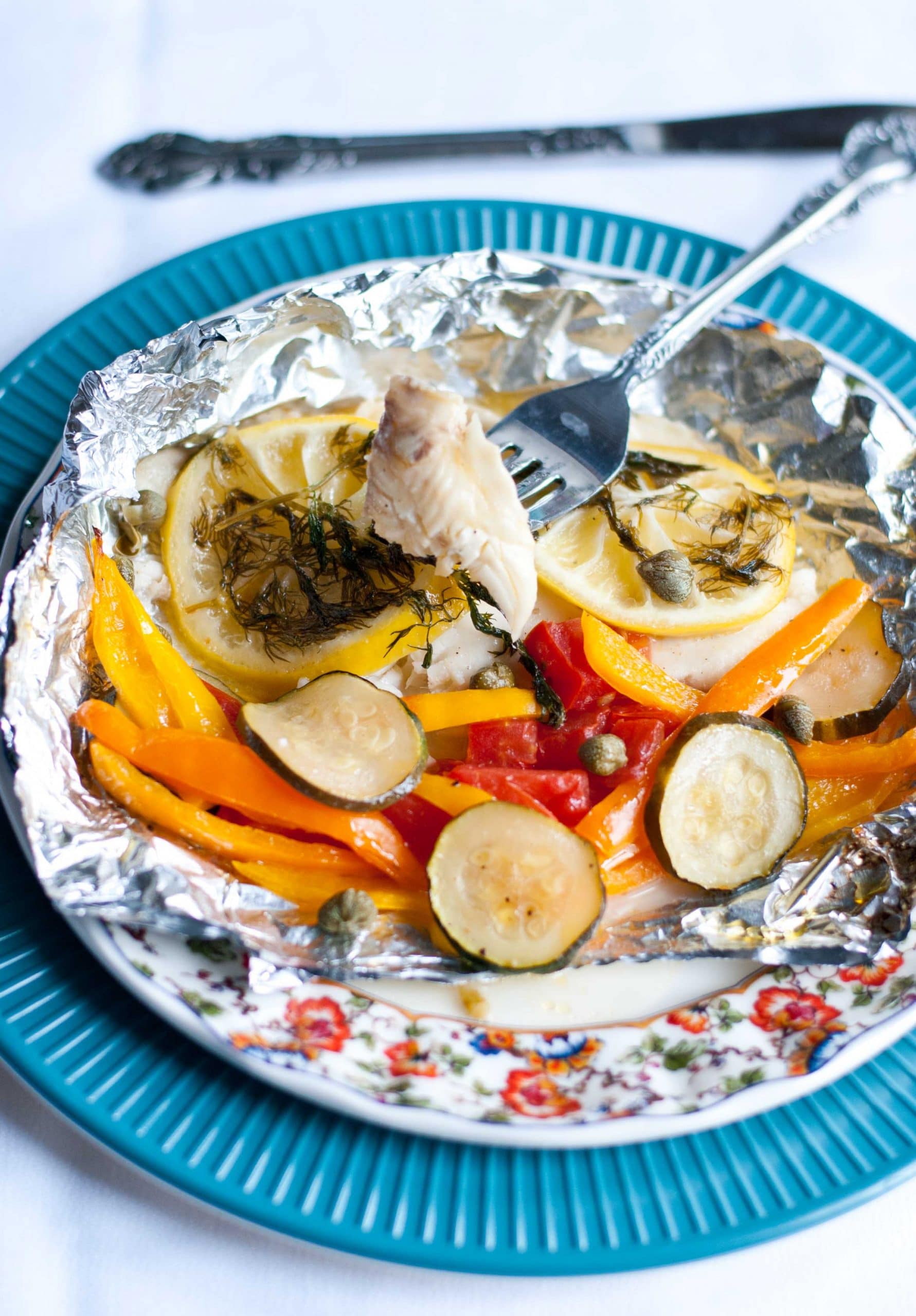 This is a perfect marriage of flavors. Lemon and dill are the all-stars of this dish, and little else is needed to compliment their bright flavors.

Just a sprinkle of salt and pepper and you’re good to go.

If you choose to plate the fish instead of serving it straight from the packet, make sure you pour any extra juices from the bottom of the pan on top. Buttery lemon sauce…yesssssss.

And if you’re intimidated by cooking fish, (uh…can’t blame you, it’s kinda weird) this is a great place to start. It’s nearly impossible to screw this up. Plus, the Mr. gave me a tip for recognizing when fish is done. Tilapia should look white, not translucent, when it’s finished. And if you stab it with a fork, it should flake gently into pieces. 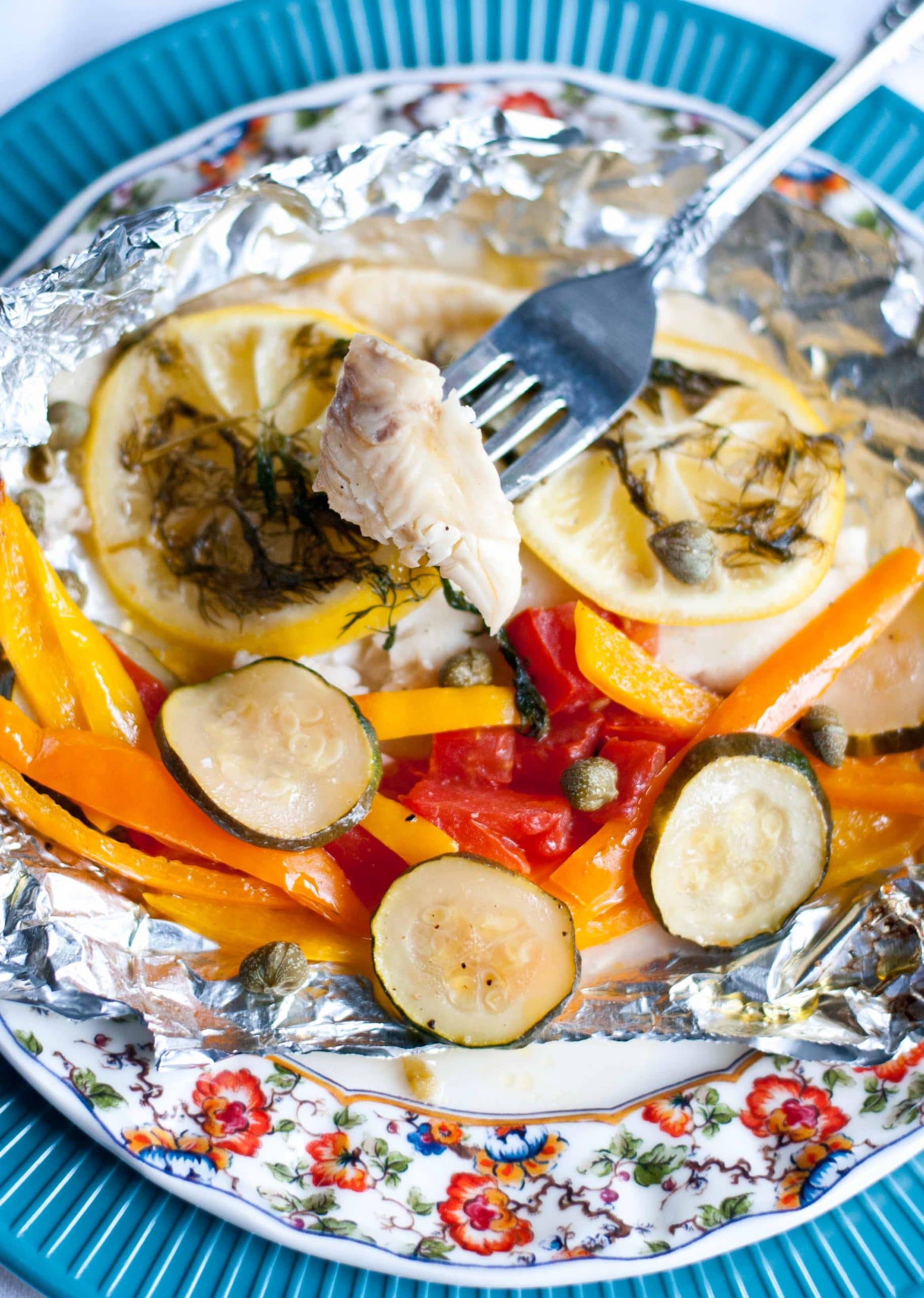 Here’s to keeping it simple.

P.S. Speaking of simple, you might as well throw dessert on the grill while you’re at it! These Grilled S’more Banana Packets are also wrapped in foil for a no fuss, zero mess sweet treat!