This sweet and salty Ranch Chex Mix is an addicting snack and always a hit at parties! 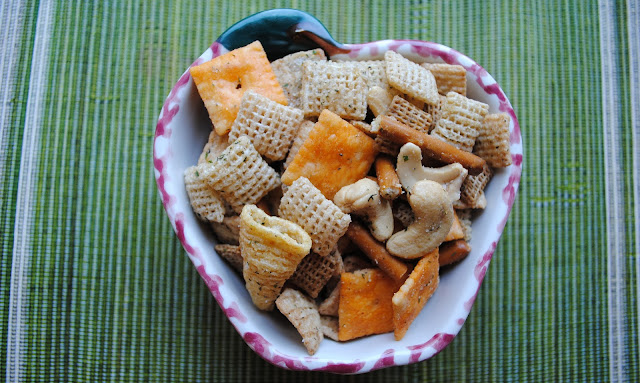 My senior year of college I lived in a house with seven other girls.

That’s right, eight girls.
One house.
One bathroom.
Two showers. (It was a weird, two-showered bathroom).

It could have been a year filled with petty drama, cat fights, and PMS.

Oh, and this Chex Mix.

I love, love, LOVE this Chex Mix. Maybe it’s because of all the fond memories I associate with it. Or maybe it’s just because it’s stinking delicious. Either way, I think it’s the perfect accompaniment to any gathering where memories are made. 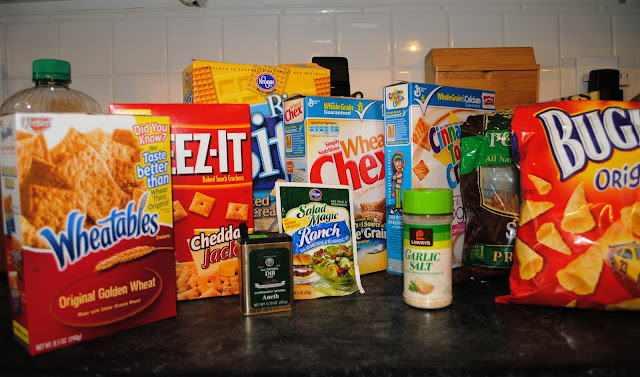 I suppose this recipe isn’t that much different than your average Chex Mix. Throw together some delicious cereal/cracker type things together with a few spices, and voila! Instant party. But what really puts this version over the top is the wide range of ingredients and the addition of…wait for it…Cinnamon Toast Crunch. I know, it sounds weird, but don’t judge it until you try it. (I would say the same thing about my High School Musical loving roommates and I). It turns out those little squares of sweetness are the perfect side kick to all the salty ingredients. 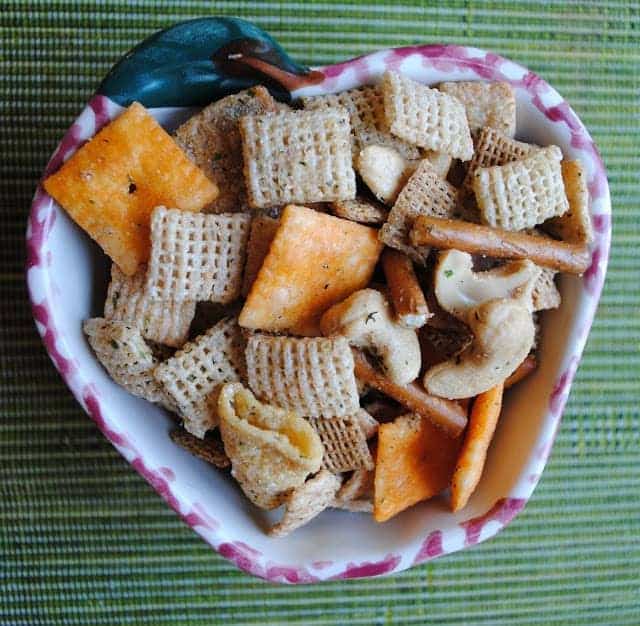 This recipe is very versatile. You can swap in different kinds of nuts or crackers, but some kind of sweet cereal is a must. My favorite cereal for this used to be Waffle Crisp, but -sigh- it seems that someone has deemed those sugar and cinnamon packed squares to be unfit for breakfast consumption.

I would also like to note that Bugles are awesome, and not just for making fake fingernails (c’mon, you know you do it too). While you could swap them out for some other less awesome salty snack, I can’t imagine why you ever would.

So next time you’re off to make some great memories with amazing people, bring some Party Chex Mix along! Your friends will thank you.