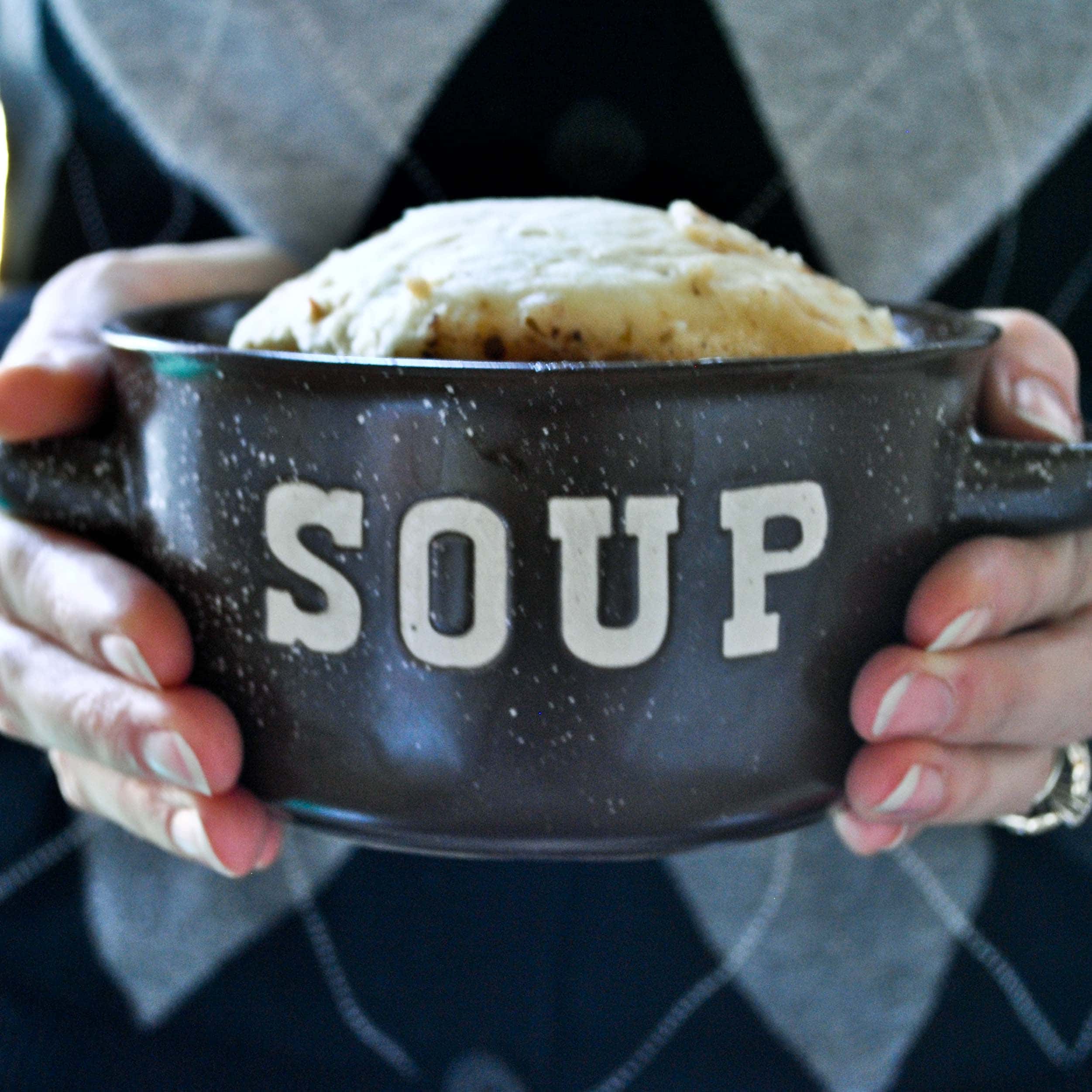 Have you heard of it?

This girl is not a fan. Sure, in the fall we gain an hour of time, but we also lost the ability to see sunlight for the next four months. Or take a halfway decent picture of your dinner. Or walk the dog after work. Or feel like you’re not a cave dweller.

You think I’m an exaggerating, but yesterday when I got home from work it was already dark. And my photo taking skills and equipment just aren’t up to the task of creating good photos from bad artificial light. And our dog is afraid of the dark.

Okay, okay he’s not. That was an exaggeration. But the whole daylight savings time thing? I am so not impressed.

What I am impressed with is stew. Rich, dark, meaty stew. Stew that’s ready when you walk in the door. Stew that comforts and warms even on the coldest winter nights. Stew with booze in it.

Now, let’s talk for a second about what this stew isn’t.

This stew isn’t pretty. It’s dark, tangled, and filled with hunks of beef and sweet, soft onions that kind of resemble worms. And the dumplings on top aren’t winning any beauty contests either. Since they’re cooked in the crockpot they don’t get the brownness that an oven baked dumpling might. So they sort of just look like big beige rocks.

But now let’s talk about what this stew is. 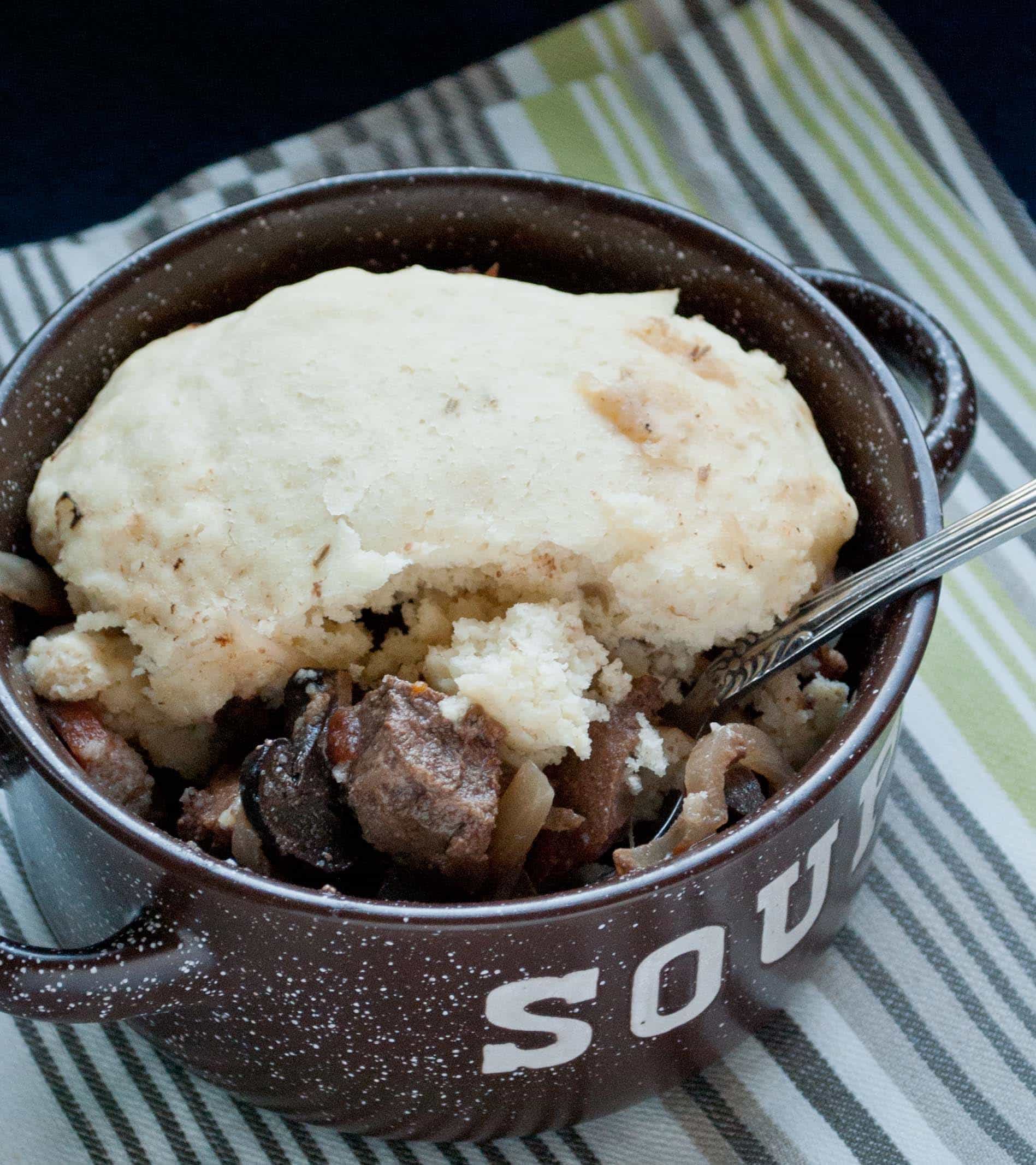 This stew is amazingly wonderfully epically delicious. The Mr. said it was probably the best stew he’s ever had.

This stew is meaty, emphasis on the meat part. It does have some broth to it (made out of wine…ummm…AMAZING!), but the focus is really on the meat and veggies.

This stew is the perfect warmer for cold hands. Ladle some into a soup bowl, wrap your hands around it, and just let it do its magic.

This stew is a cinch to make. Once you’ve chopped the veggies all you do is mix them together and let them cook away while you’re at work (during the only hours of daylight that exist anymore. And no, I’m not bitter). When you come home, the house will smell like you have your own personal sous chef who comes and cooks for you all day. And the steak?? The steak will be oh-so-tender. 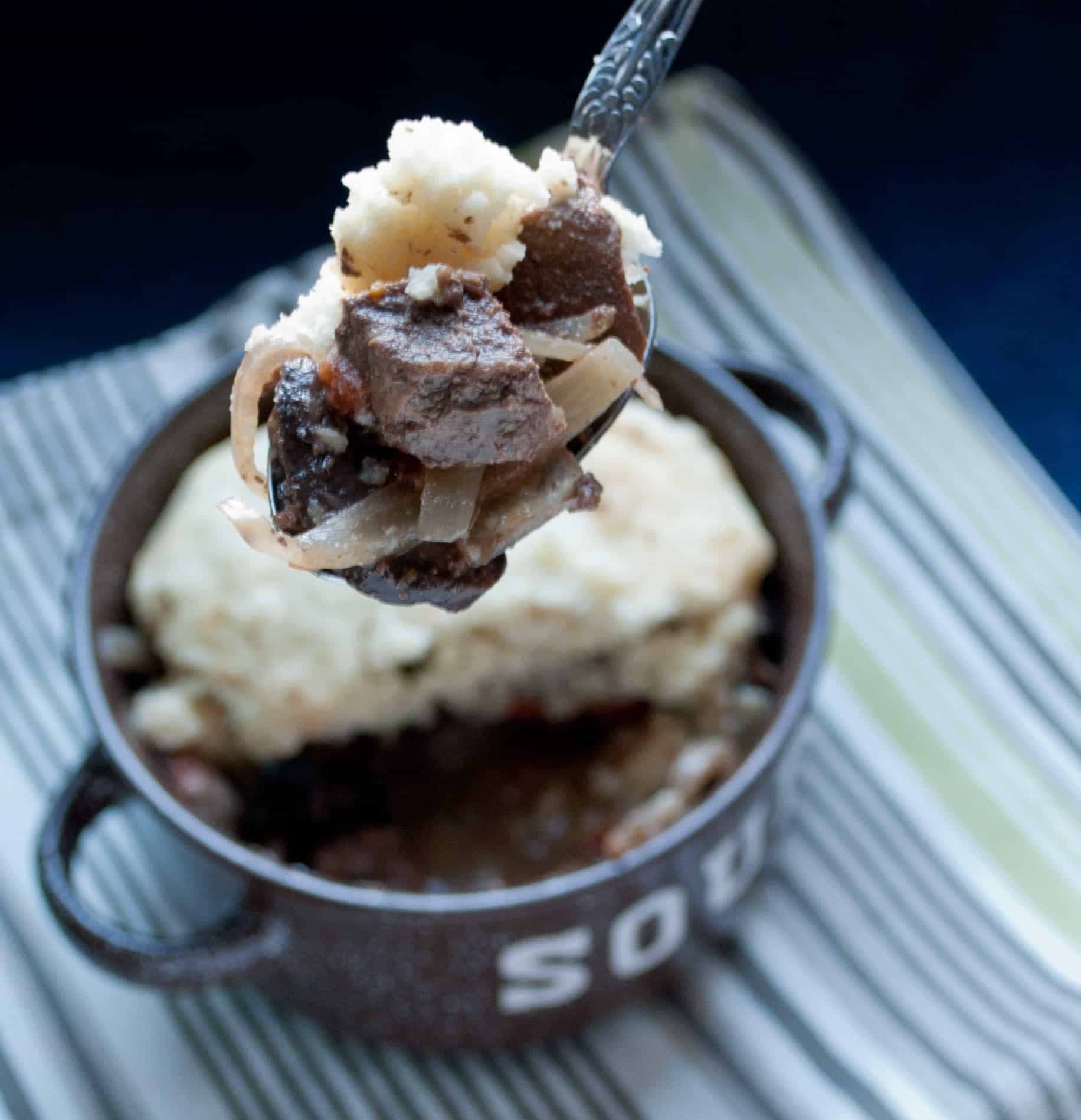 And what about those dumplings?

Those were an interesting surprise. Turns out you can actually cook dumplings in a crockpot. Who knew? You just drop them onto the stew pieces, cover, and let the steam do its thing. I went the easy route and used Bisquick to whip up the dumplings, but you could certainly make them from scratch as well. Plus, it’s super fun watching them get big and puffy under the crockpot glass.

To sum up, daylight savings time sucks. Stew is super awesome. Crockpots are magical. The end.