This classic Tabbouleh Salad is so refreshing and a great way to use up garden fresh mint and parsley! 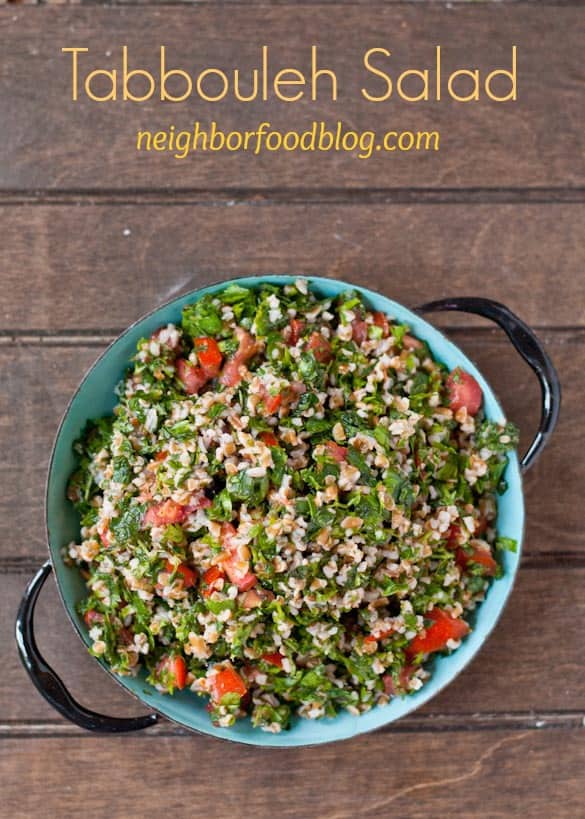 The other day I was watching Family Feud while cooking, because apparently that’s what you do when you’re home at 3 in the afternoon. Or maybe it’s not and I just have no idea what normal people do when they’re at home in the middle of the afternoon. I’m new to this stuff.

It got to the fast money part at the end where people have to say the first thing that pops into their head for a given question. Some people are just not made for this kind of pressure. The poor fellow on this particular episode was one of these people. To categorize his responses as “a complete and total brain implosion” might actually be an understatement. But I’ll let you decide for yourself.

The first question was, “At what age do most women consider wearing a bikini no longer an option?” Without hesitation the man blurted out “17!”

Seventeen??? Yep, women are basically falling apart by that age. Put that perky, fit, young body away! Nobody wants to see that!

Somehow the guy managed to recover and shmucked his way through the next few questions with decent answers, but it all unraveled with the last question: “What is a topping you would put on a salad?”

The (clearly flustered by this point) man thought for a second and then shouted “Whipped Cream!!” 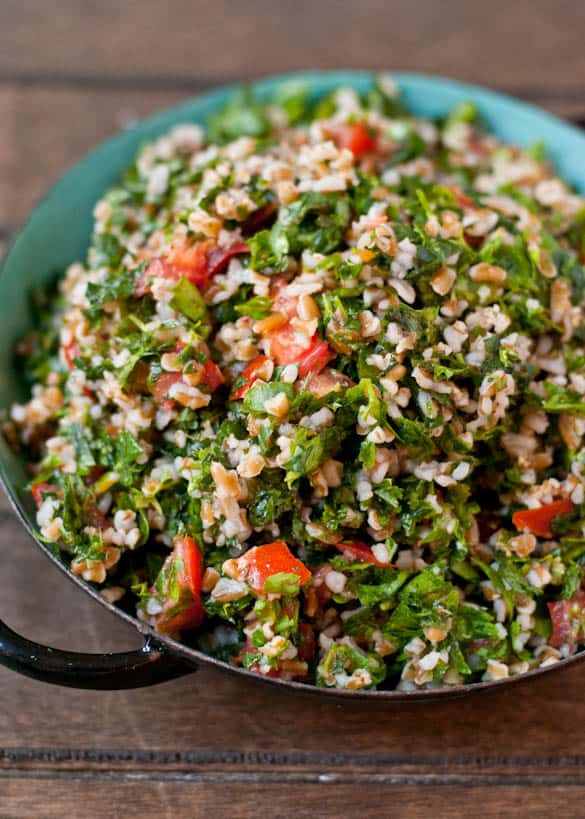 Guys, I lost it. All by myself in the kitchen I was snort laughing like a crazy person. It wasn’t just that the answer was completely and utterly ridiculous. It was that I knew I would be just as bad if I were on the gameshow. I am TERRIBLE in high pressure situations. They would say, “Name something you ride” and I’d be all “KOALAS!!” People totally ride koalas right??

And this is why I will never, ever be on a game show. I don’t need to be immortalized forever in some embarrassing YouTube video that goes viral. No thank you. 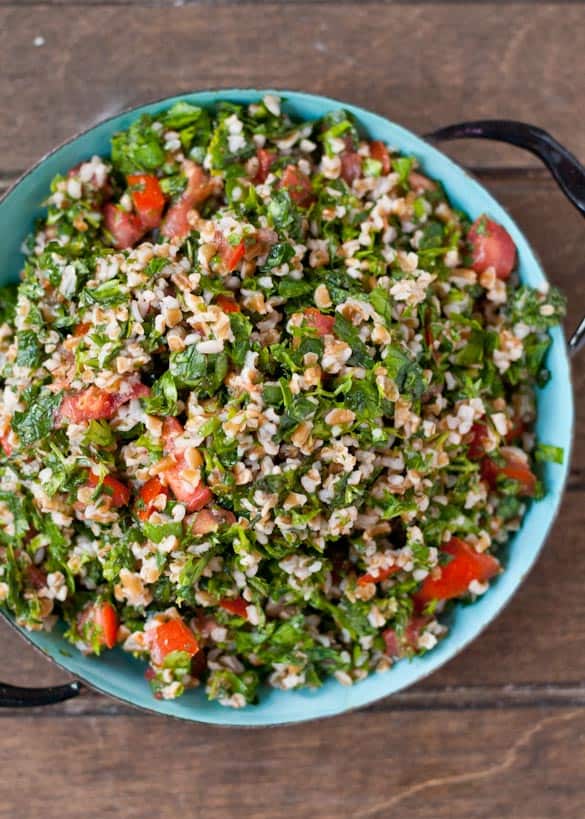 All that to say, this Tabbouleh Salad requires no whipped cream to be absolutely delicious. In fact, I actually advise against the whipped cream. Tabbouleh is a classic Mediterranean salad made with chopped fresh parsley, mint, lemon, and bulgur. It’s super refreshing and great as a side dish alongside hummus and pita or vegetables for dipping.

There’s no big trick to making great Tabbouleh. This is a fairly standard recipe. My only advice is to use the freshest herbs you can find and to make sure you dry them before chopping them. Otherwise they’ll just be in a giant clump. 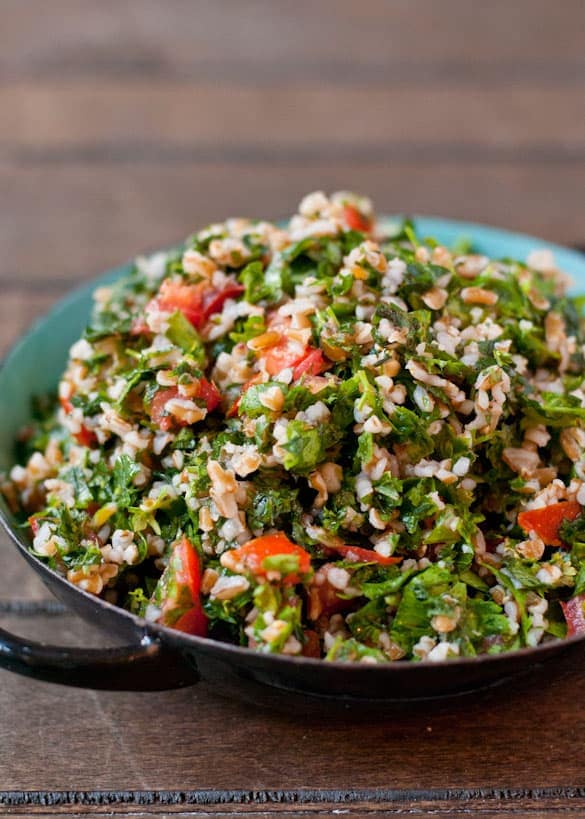 I’ve been keeping this stuff around all summer for healthy snacking purposes. I recommend making a big batch to munch on all week. Plus, I’ll have a recipe for you on Sunday that’s begging for a side of Tabbouleh. Stay tuned to see what it is (but hold the whipped cream)!


Recipe adapted from The Kitchn