Have you taken my reader feedback survey yet? It only takes five minutes and will be a great help in making this space more helpful for all of you! To take the survey, click here. I’ll wait here until you get back!

Heeey you’re back! Now let’s talk about this bright, beautiful Tomato and Corn Chopped Salad. It’s layer upon layer of summer ‘s bounty piled on a plate and drizzled in creamy Cilantro Ranch Dressing. You’re going to want a big bowl for this one. I guarantee it. 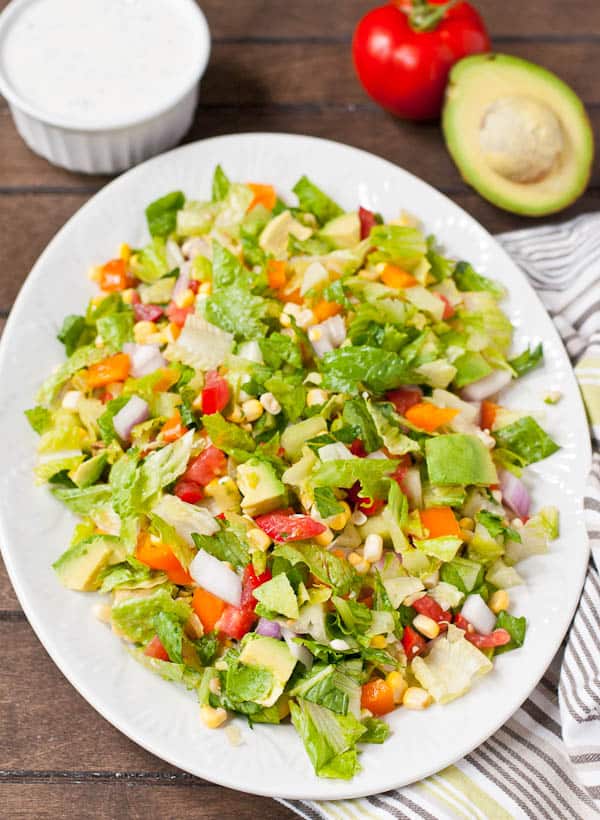 Guys, I really hope you’re not dreaming of pumpkin and apples right now, because they won’t be appearing here on Neighborfood for a little while yet. I know the kiddos are back in school, football talk is circling the airwaves, and you just saw Halloween decorations at the grocery store, but IT’S STILL SUMMER. Really, we’re just getting started! August is summer’s golden hour. Nearly every vegetable and fruit is in season this month, with everything from tomatoes and zucchini to peaches and blackberries looking bodacious and beautiful.

With summer produce looking this good, I had no other choice but to throw together a giant chopped salad. Truthfully, I tire quickly of salads, but chopped salads are a different ball game. Each ingredient gets chopped to a similar size so every bite has the perfect balance of flavors. You’re never left with a giant, unruly piece of romaine or a bite that consists only of a fat slice of watery cucumber. 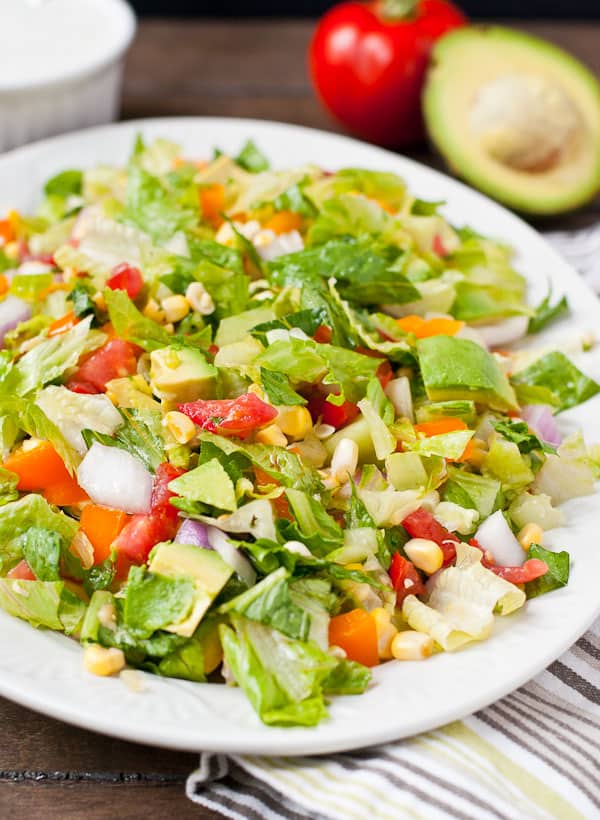 Sure, the chopped salad might require a little extra prep time, but trust me, it’s well worth the extra work. This salad is bursting with summer flavor in every bite. The stars of the show are, of course, the August tomatoes and corn, which are almost candy-like in their natural sweetness.

But the wonder of this salad doesn’t stop there. I also added some yellow bell pepper for extra crunch and color, red onion for sharpness, avocado for creaminess, and a cilantro ranch dressing to tie it all together. 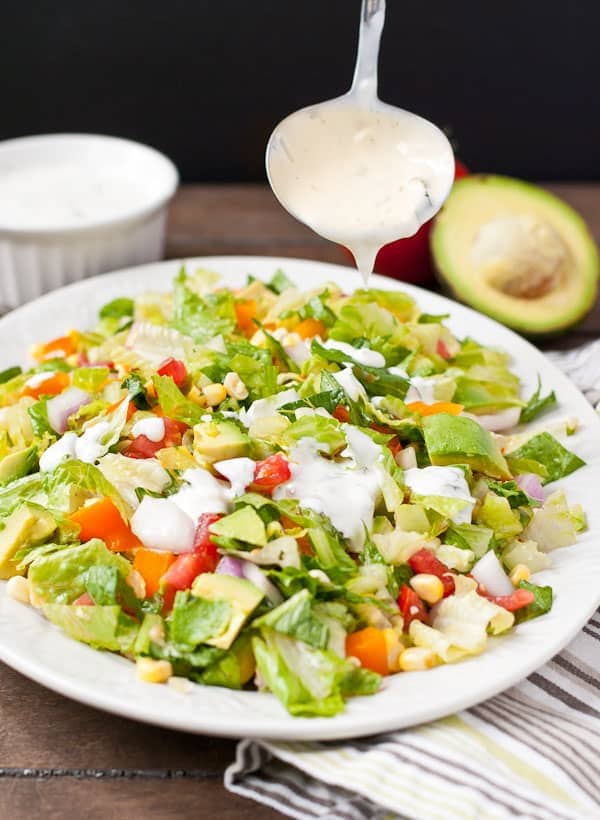 Let’s talk about making your own salad dressings. I used to be so intimidated by it, but I promise it’s way easier than you think. This citrusy lime and cilantro ranch can be whipped up in about five minutes and tastes dreamy. I’m always amazed when I manage to make something from scratch that I’ve previously only bought in a bottle. I was skeptical if it would actually taste like ranch, but sure enough, the Mr. gave it a blind taste test and immediately proclaimed, “That’s some good ranch dressing!’ Score one for the homemade stuff!

All together, this salad is a one-plate summer wonder. It was a big hit with my family, and I found myself craving the stuff even after eating it for lunch several days in a row. I served it as a side at a summer BBQ, but you could also add some grilled chicken and make it the main attraction. So grab a knife and get ready to chop, because summer’s not over yet! 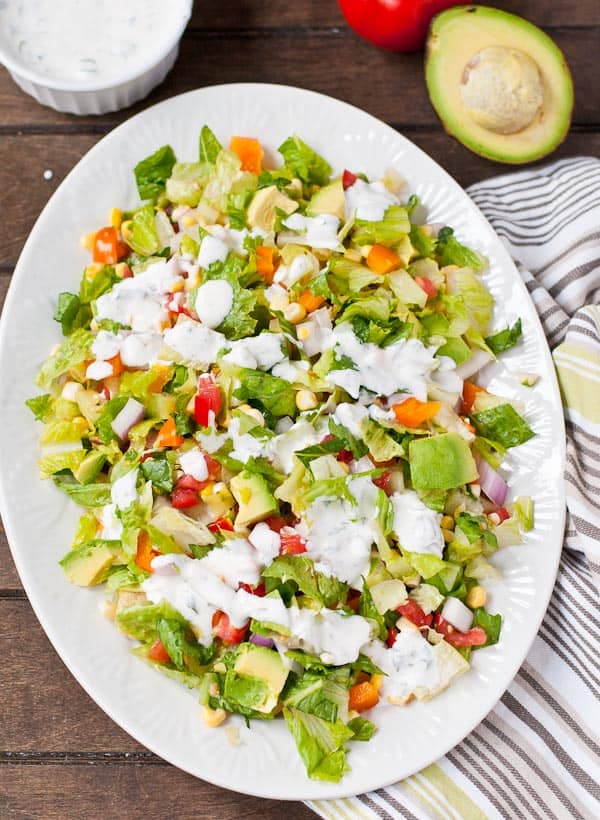 P.S. Thanks to all of you who read and commented on my post about the events in Ferguson. The situation is still tense, and much conversation and change still needs to take place, both locally and on a national level. Please continue to educate yourself, and take time to have conversations with friends and neighbors.