This Easy Apple Dumpling recipe is not exactly what I would call my norm. It calls for 2 cans of refrigerated crescent roll dough, more butter than I care to mention at this moment, and a can of ginger ale.

They’re not exactly what you’d call “from scratch.”

But gosh darn it, if these aren’t the easiest, tastiest apple dumplings I’ve ever had. 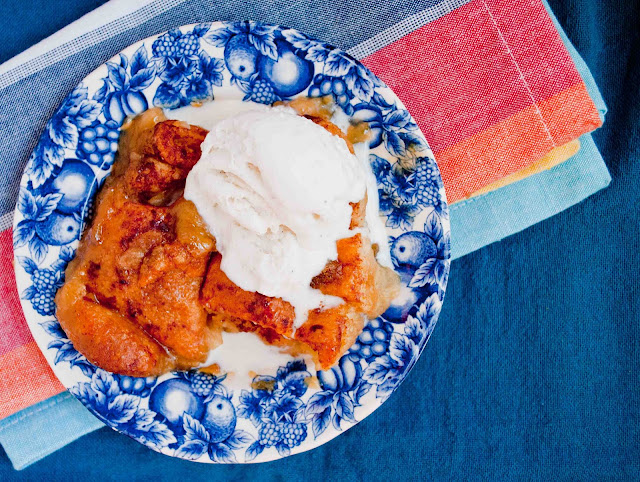 This recipe is an adaptation of one that’s been floating around the web and in kitchens everywhere for who knows how long. I haven’t been able to find an original recipe anywhere, but it appears many people have discovered the magic of crescent wrapped apple doused in a can of pop.

You think I’m simplifying don’t you? The crazy thing is, I’m not. You literally take slices of apples, roll them up in crescent dough, then pour a mixture of butter, sugar, and pop all over it.

The original version of this recipe calls for Mountain Dew.

Yes, you heard me right. Mountain Dew is the secret weapon in the easiest ever Apple Dumplings.

Unfortunately, we no longer have all night slumber parties, so we don’t keep Mountain Dew in the house. What I do always have in the house is Vernor’s ginger ale. It’s the Mr.’s favorite and since I have an unhealthy obsession with making caramel apple cider floats, we have to like to keep it on hand. I simply swapped the Mountain Dew for ginger ale and lowered the butter and sugar just enough to  make my pants fit at the end of the day.

You’ll be scared putting this into the oven. I know I was. The crescents were nearly drowning in the ginger-ale mixture and I honestly expected to pull out a bunch of wet, soggy dumplings in 20 minutes.

Instead, I got this: Perfectly golden and crunchy tops, soft baked apple centers, and a to-die-for syrup on the bottom. 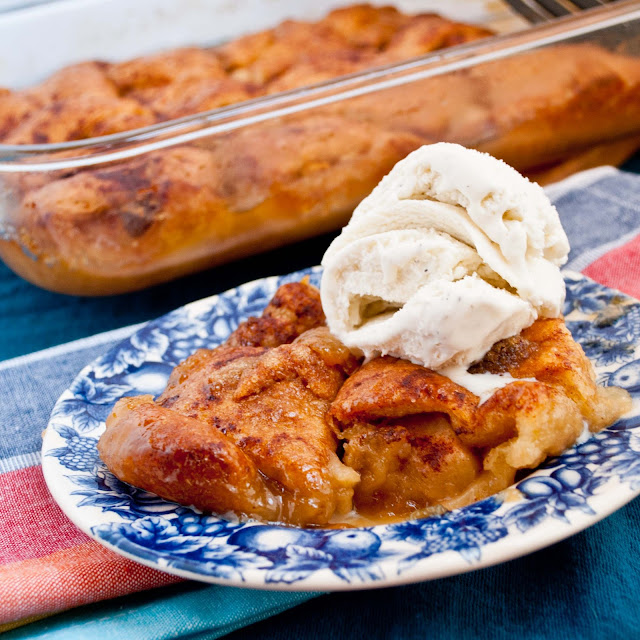 You know I had to put vanilla ice cream on it.

The whole thing is in and out of the oven in under an hour (only 15 minutes of that is prep time!), making it a great last minute dessert. And the best part is, no one ever needs to know how crazy easy it really was.