Loaded with tomato, cucumber, radishes, sprouts, and herbed cream cheese, this is the best veggie sandwich I’ve ever made! 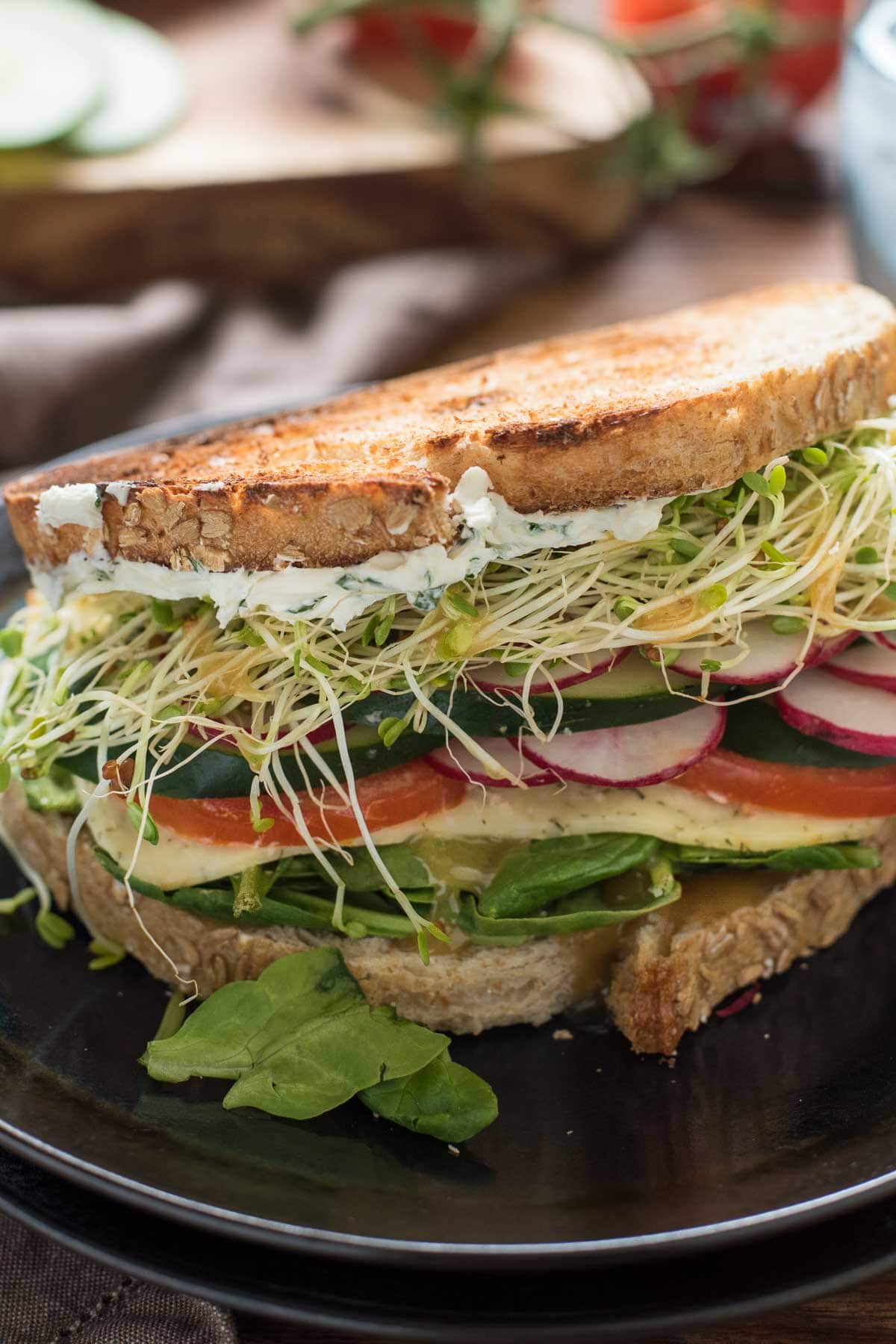 If you want to know where to find me over the next few weeks, I’ll be sitting on the couch eating ice cream and watching the Olympics until midnight every night.

I don’t have an athletic bone in my body, but if the Olympics ever adds sandwich making to the list of events, I just might be able to earn myself a spot on the podium. I come from a long line of sandwich makers. My dad was the king of scrambled egg sandwiches, and my mom could make a mean melty bagel sandwich.

Then I met my husband, who made such amazing sandwiches he earned the nickname “The Sandwich Crafter” in college. I learned a lot from him, including the importance of presentation and never, ever skimping on the spread.

The two of us have worked our way around a lot of bread and filling combos over the years, but I have to say, this veggie sandwich might be my proudest achievement. This sandwich rivals and even surpasses its meaty cousins in flavor and satisfaction. After some trial and error, here are the tricks I’ve found to making the best veggie sandwiches: 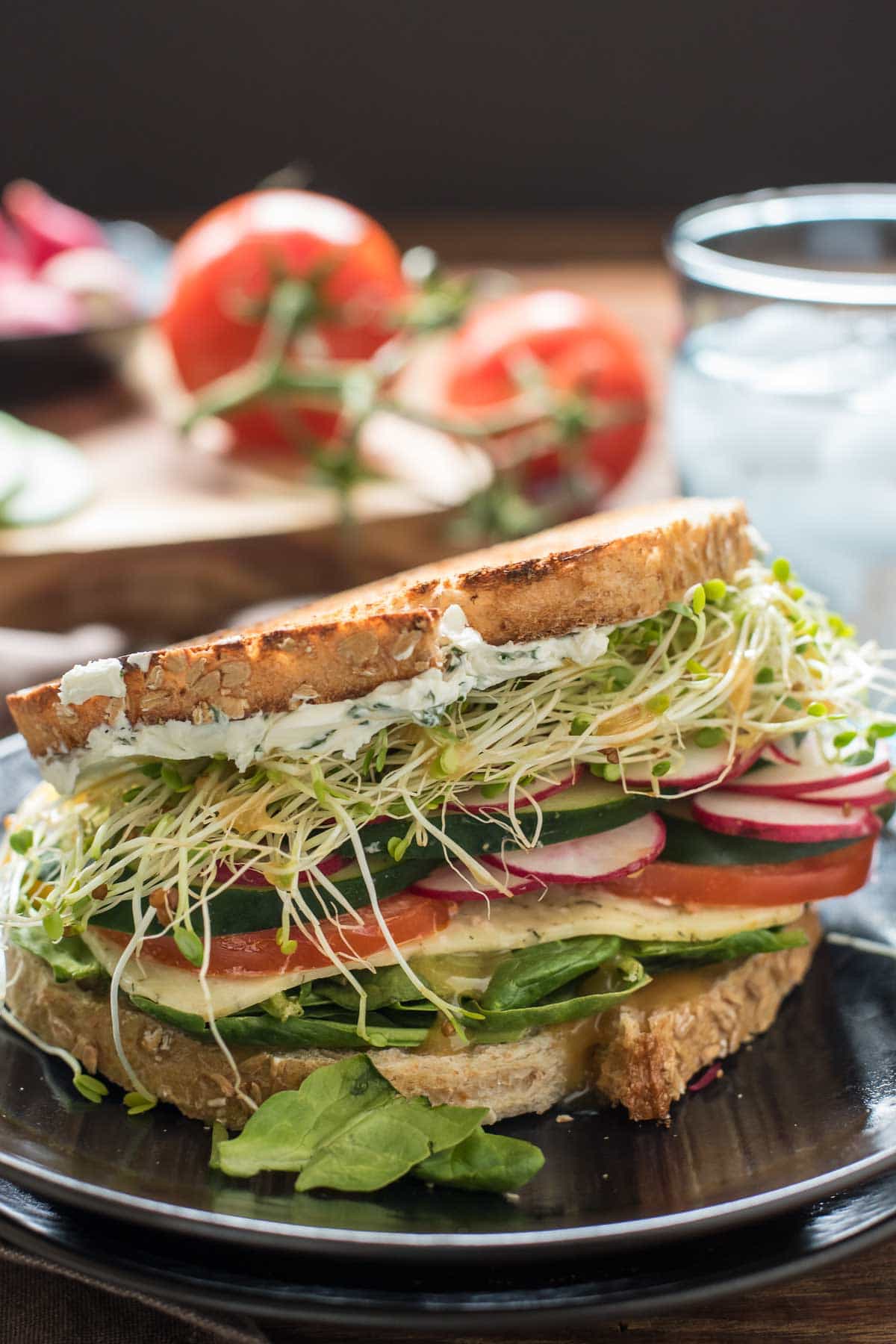 First, use a TON of fresh, flavorful, and in-season produce. Summer time is the best time for sandwich crafting, because there are so many delicious veggies available. For this version I chose meaty heirloom tomatoes, crisp cucumbers, pungent radishes, squeaky sprouts, and fresh greens. Yes, it’s a lot of vegetables, but the combination provides the ultimate in texture, taste, and interest.

Next, seasoning the layers. Most summer vegetables only require a little sprinkle of salt and pepper to bring out the flavors. Seasoning the tomatoes and peppers as you put them on the sandwich makes a world of difference in flavor.

Cheese. Cheese is a non-negotiable in my sandwiches. This sandwich benefits from two cheeses: an herby whipped cream cheese, and a slice of creamy butter cheese.

The last step is a sweet and tangy sauce to pull everything together. You may think the combo of honey mustard and cream cheese sounds strange, but I encourage you to give it a try. One of my favorite sandwich shops regularly employs the combo, and I’ve become obsessed with it since I first tried it. I’m not normally a brand snob, but Woeber’s honey mustard is, in my opinion, the perfect amount of sweet and tangy. A little drizzle on the top of the sandwich  adds the final punch of flavor to this whopper of a veggie sandwich.

Make this to accompany all of your Olympic watching. I promise you’ll feel like a champion.