Soft, chewy Overnight Cinnamon Rolls will make you the rock star of Christmas morning. We like to eat them warm with plenty of cream cheese frosting! 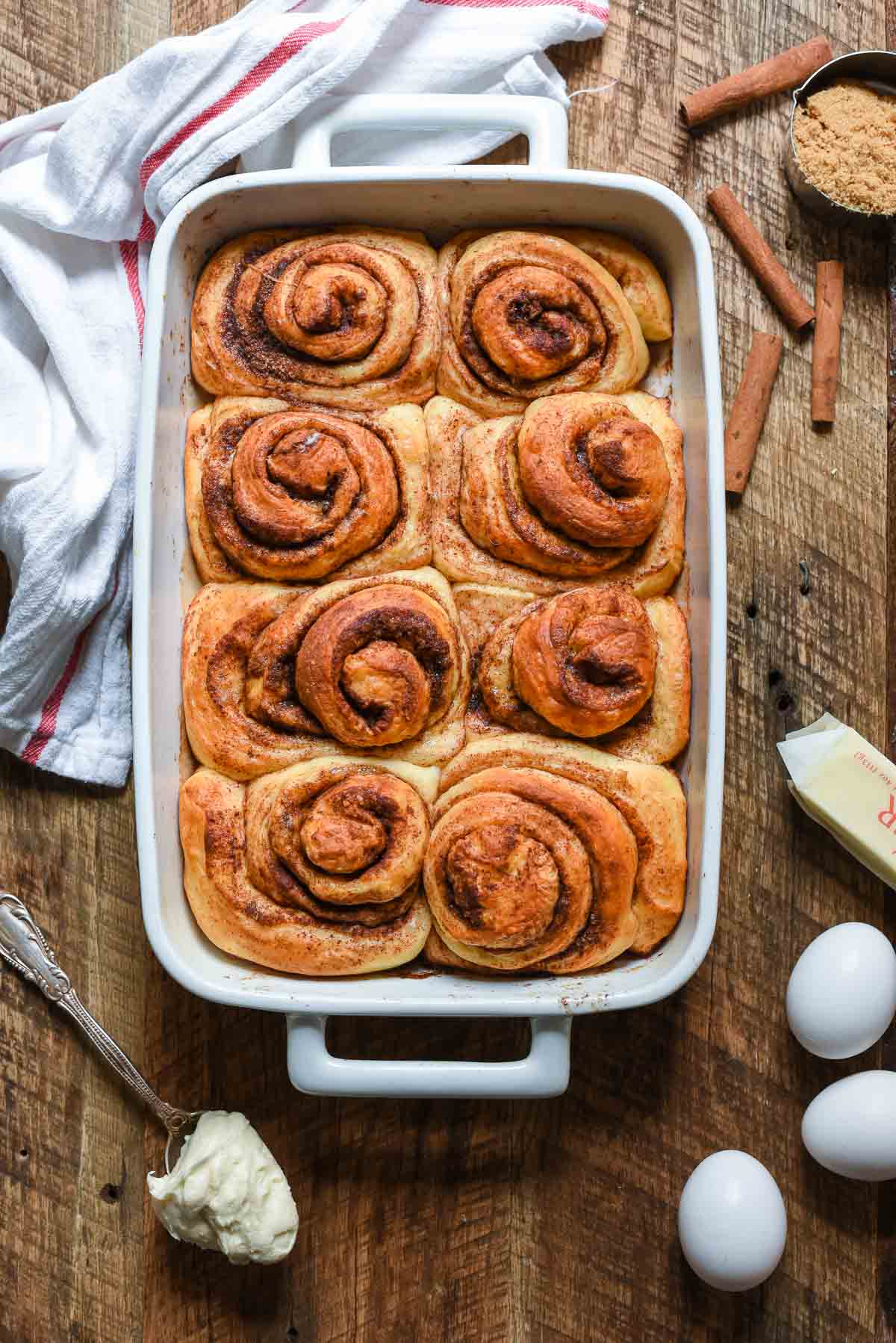 For about a decade of my life, I refused to eat cinnamon rolls. It all started with the stomach flu, as so many bad stories do. I was about 12 years old and was spending the night at my best friend’s house while my parents got away for the weekend.

It had been the most glorious day. We played and ate ourselves silly, indulging in two of our favorite treats: boxed macaroni and cheese and Cinnabons. Everything was going along swimmingly until the middle of the night, when I woke up with the worst stomach ache of my life. I will refrain from sharing the gory details, but let’s just say cinnamon rolls were effectively ruined for me that fateful night.

For the next few years, I always felt a tinge queasy when I smelled the chemical-tinged cinnamon scent of giant Cinnabon rolls being piped through the mall. The strong aversion eventually subsided, but by that point I had convinced myself I didn’t like cinnamon rolls. And just like that, an entire cinnamon swirl lacking decade passed.

In my early 20s, I rediscovered my love for cinnamon rolls, and I now consider that time of my life “the lost years.” Think of all the gooeyness I missed in those years! The last few months I’ve been trying to make up for lost time by testing out ALL the cinnamon roll recipes. Someone should come test my blood, because I’m pretty sure it’s just rivers of cinnamon and butter by now. I’ve tried a copycat Cinnabon recipe, the Pioneer Woman’s cinnamon rolls, and a few “best ever” recipes from cookbooks I own. 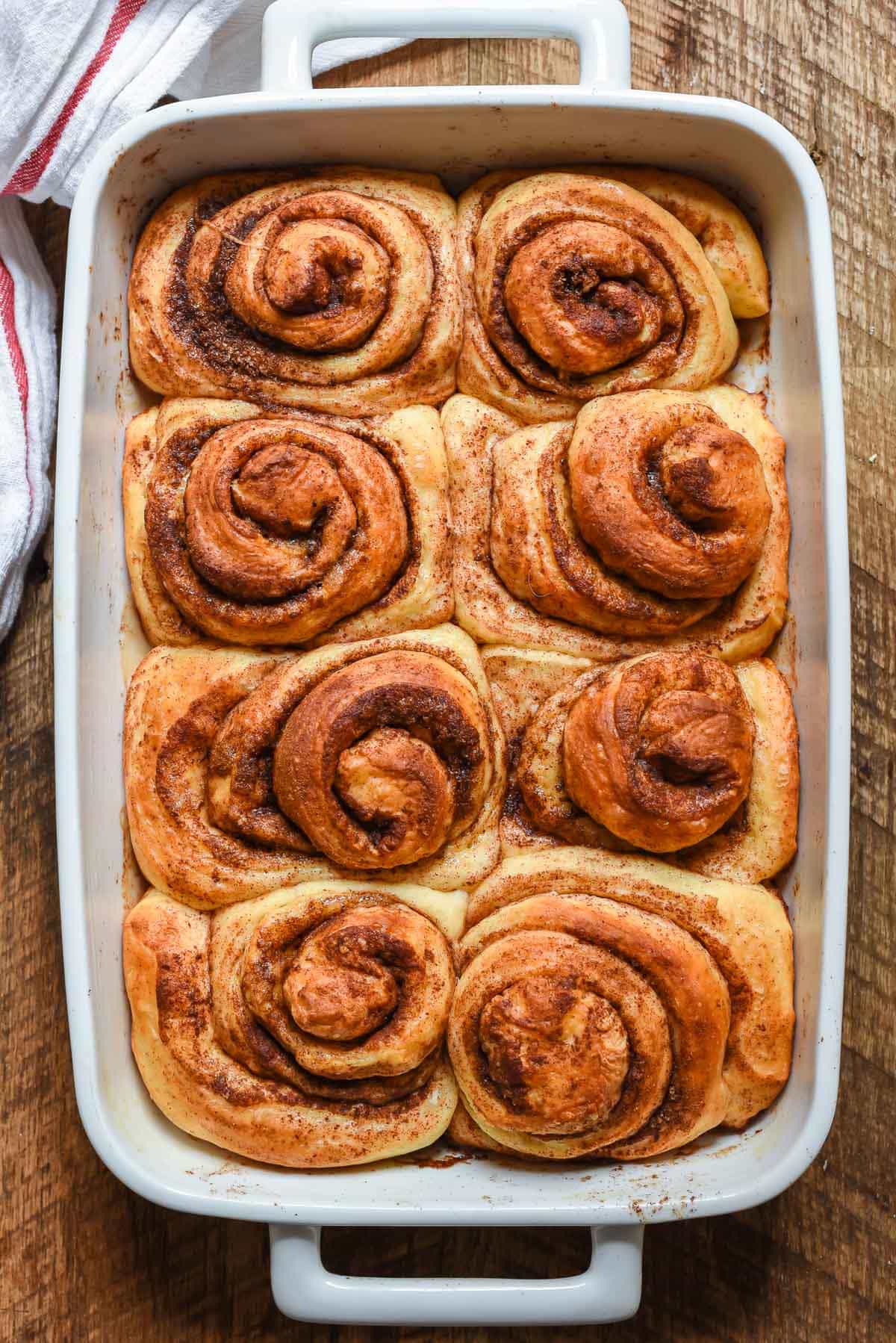 Of course, the ultimate recipe ended up being in the most obvious place–an old Mennonite cookbook. The recipe intrigued me from the very start. First off, it was made with bread flour. I don’t know why I never thought to make cinnamon rolls with bread flour before, but it makes so much sense! Bread flour makes the rolls extra chewy and gives them that dreamy, pullable texture I was longing for.

The recipe also adds eggs, butter, and milk to the cinnamon roll dough. All of these ingredients help keep the dough nice and soft and also gives the dough a lot more flavor than a simple yeast, flour, and water roll.

The cookbook gave me a great place to start making my own cinnamon roll recipe, but, like most of my Amish and Mennonite cookbooks, it left out some key details, including the quantities and ingredients for the filling!

I eyeballed my first batch, and it was good but not quite right. Luckily, the second batch was exactly what I was looking for–fluffy, chewy rolls around a buttery brown sugar filling with plenty of spicy cinnamon flavor.

No cinnamon roll is complete without frosting, and for me, it’s gotta be cream cheese. I like to keep my frosting on the thick side so it melts a bit into the cracks and crevices of the roll, but you still have a nice slather on top. 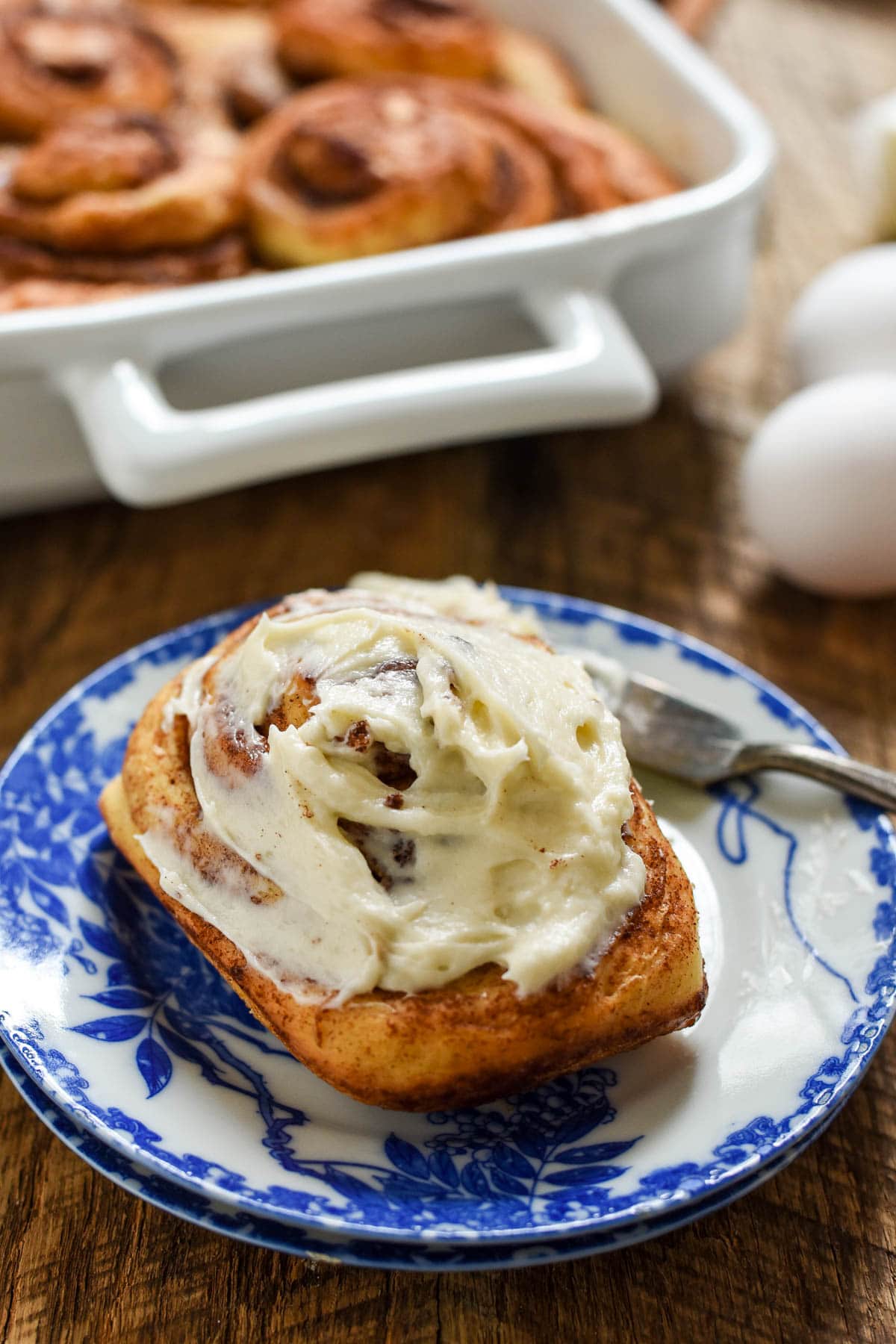 Make Ahead Cinnamon Rolls: A MUST

I know everyone’s taste in cinnamon rolls is different, but let me tell you why these check all of my boxes. They’re chewy and soft, but still have a nice brown exterior. They’re sweet, but not in a cloying, my fillings are begging for mercy kind of way. They have a whole lot of cinnamon flavor, and most importantly, I can make them the day before I want to bake them.

Let’s be honest, this was a must for me. There is no possible way this girl is getting up at 5 AM to make cinnamon rolls. I love you, family, but no. I will, however, make these at a reasonable hour the day before Christmas and then look like a rock star when I pull fresh cinnamon rolls out of the oven on Christmas morning.

You can thank me by making Christmas Morning Punch and doing all the dishes.

One last note about these rolls. They make A LOT. Approximately 2 dozen generously sized rolls. This is fantastic if you’re having everyone over for Christmas, but perhaps not so wonderful if you’re making rolls for your tiny family of 3.

Luckily, you can also freeze pans of cinnamon rolls to pull out whenever the craving hits. OR, you could become the best neighbor/coworker/customer ever and distribute pans to everyone you know. Either way, no one has ever thought having too many cinnamon rolls is a problem. 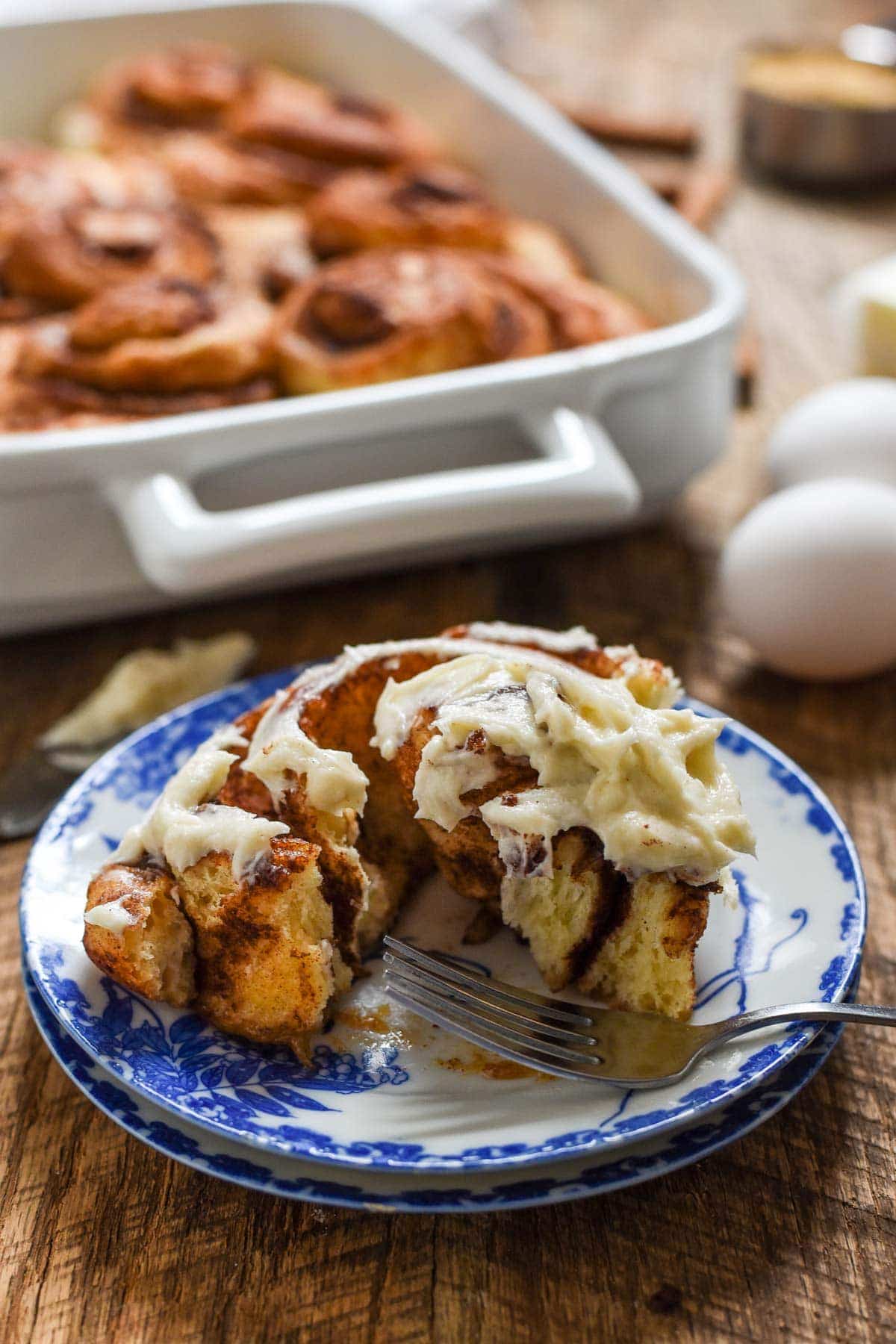 Need more make ahead breakfasts for Christmas morning? Try these:

I developed this recipe in partnership with Ohio Eggs. You can see the original Overnight Cinnamon Rolls recipe on their site!

To make the frosting:

**You can substitute regular yeast for the fast rise yeast, but your baking time may increase by up to 40%.

**If you would rather bake the cinnamon rolls right away instead of leaving them to set overnight, follow the instructions through step 6, then instead of refrigerating, immediately set the rolls in a warm place to rise for 40 minutes. Preheat the oven to 350 degrees and bake for 20 minutes or until golden.