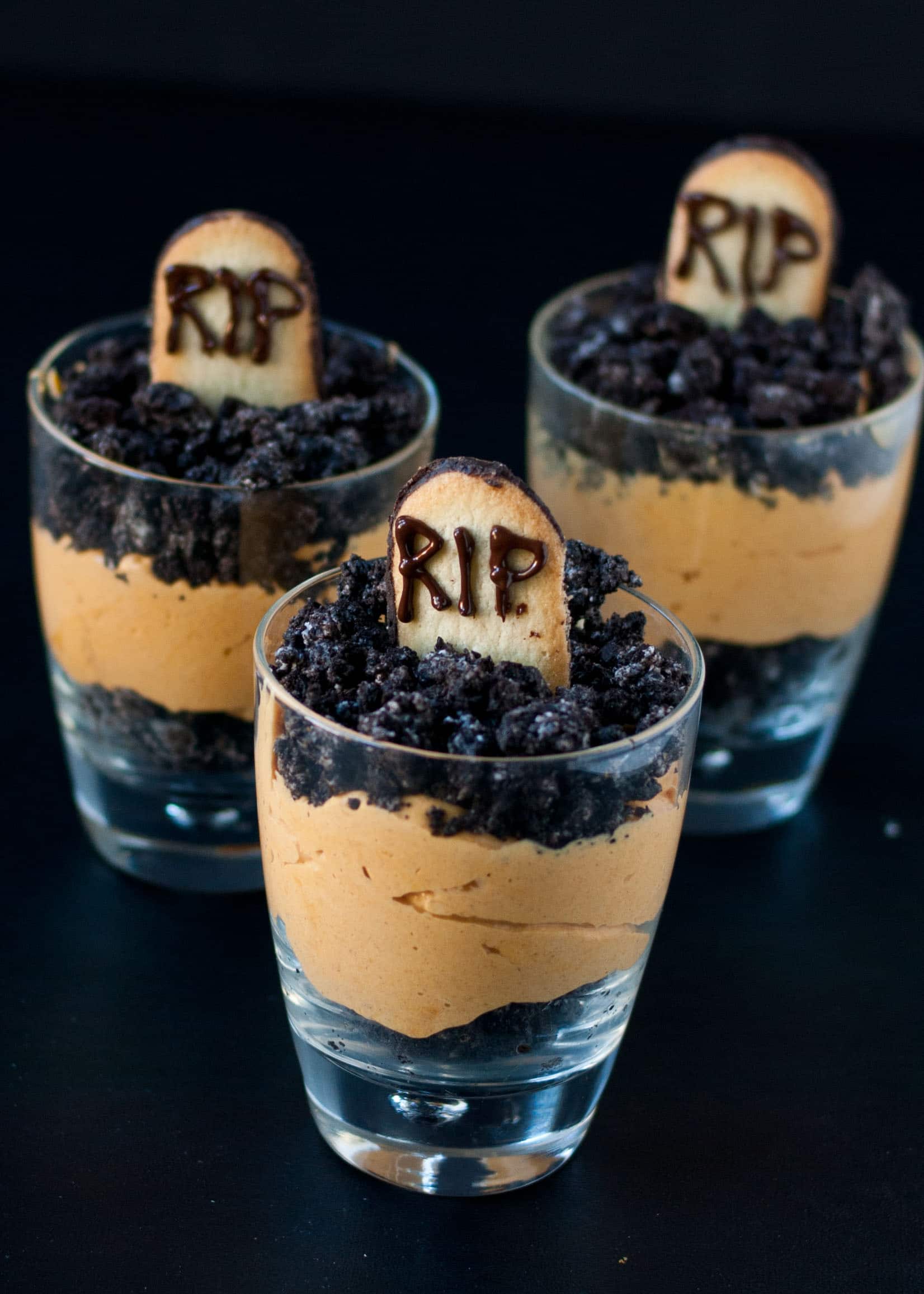 The church I went to as a kid had epic Sunday potlucks once a month. It was always my favorite Sunday. I’d sit anxiously all throughout the service as the smells of cheesy casseroles and lasagnas and crockpot meatballs filled the sanctuary. As soon as the final AMEN crossed the pastor’s lips, all of the kids rushed to get in line for the food. There were always dishes we looked forward to– Aunt Betty’s Chicken and Noodles, hashbrown cheesy potatoes, taco salad, and all sorts of unidentifiable dishes lurking under a cover of melted cheese. 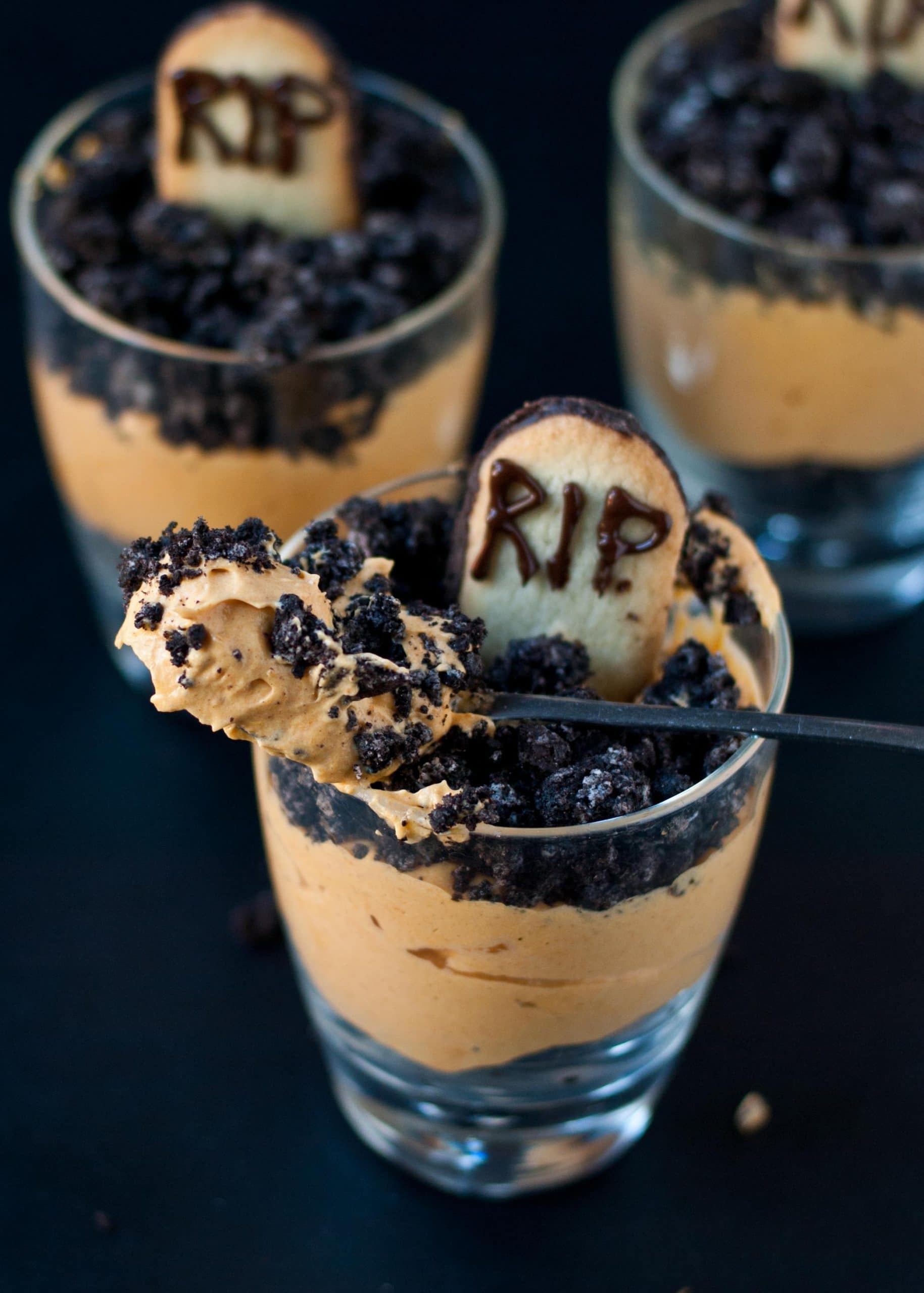 But the real rush was for dessert. At the end of the food line sat an entire table dedicated to the sweet stuff. There were chocolate chip cookies and custard pies, fudgy brownies, and cherry delight. But we only wanted one thing: dirt pudding. A mixture of crumbled Oreos and creamy chocolate pudding, dirt pudding is pretty much every kid’s dream. For potlucks, it was often piled into a plastic flower pot and finished with Oreo “dirt”, gummy worms, and a big plastic flower for effect.

I’ve shared the recipe for classic Dirt Pudding before. But with Halloween right around the corner, I decided it was time to update this dessert and give it a spooky fall makeover. 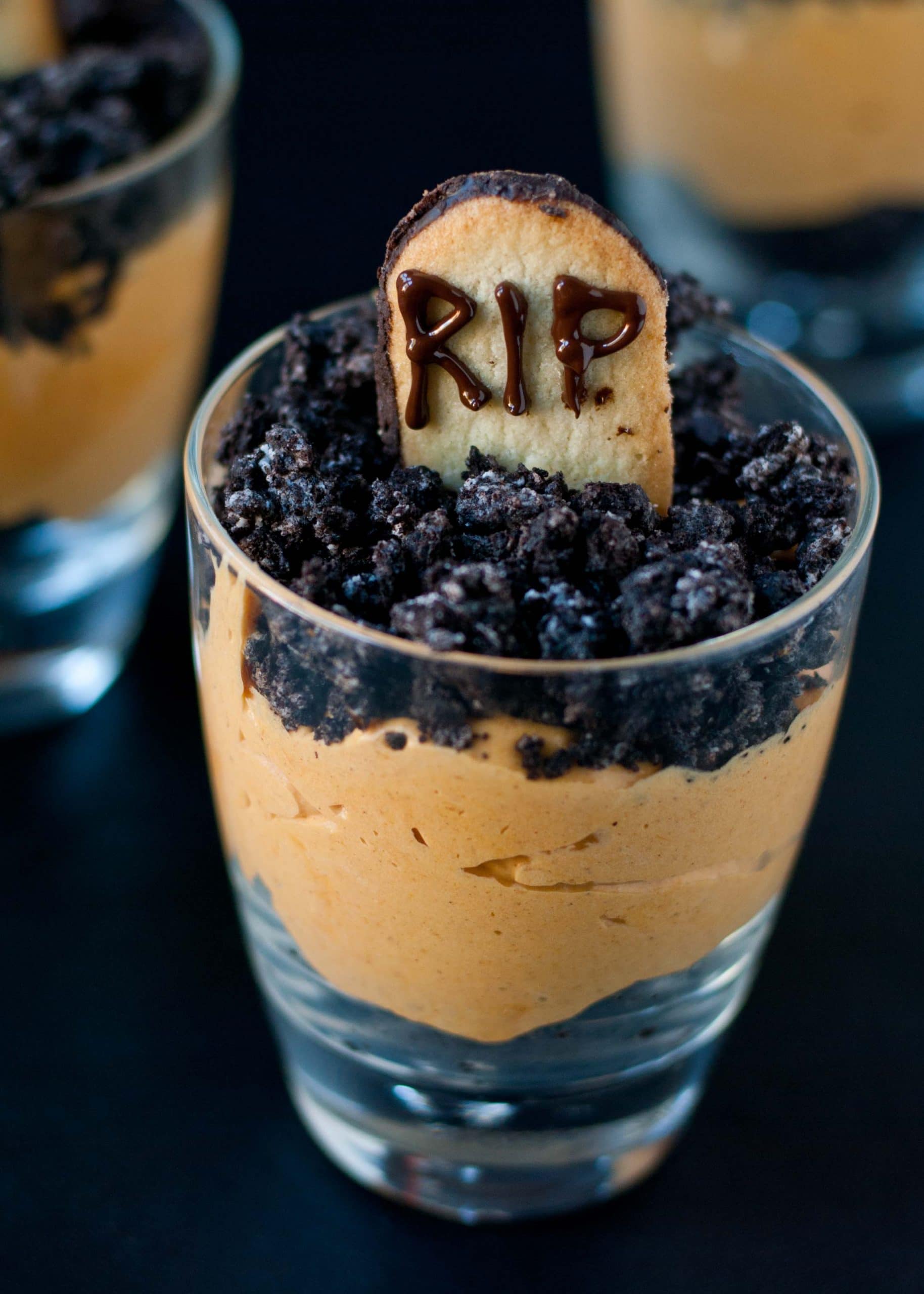 First step? Pumpkinize it! Obviously. This pumpkin pudding is as easy as tossing a can of evaporated milk, a can of pumpkin puree, and a box of instant vanilla pudding into the mixture then blending it until creamy. I added a little cinnamon to bring out the flavors then stirred in some Cool Whip to make it nice and fluffy. Guys? There is a time and place for instant pudding and Cool Whip. This is one of those times.

Third step? Tombstones. Have you ever noticed how much Milano cookies look like tombstones? Yeah, me neither. Until I saw these Fudgy Graveyard Brownies over at Picky Palate. Eerie isn’t it? A little bit of melted chocolate and a plastic baggie is all you need to pipe a few creepy “RIP”s on the stones.

Last but not least? Parfait it! Of course, there’s nothing particularly Halloweenish about parfaits, except that they’re awesome and infinitely more adorable than giant bowls of pudding. 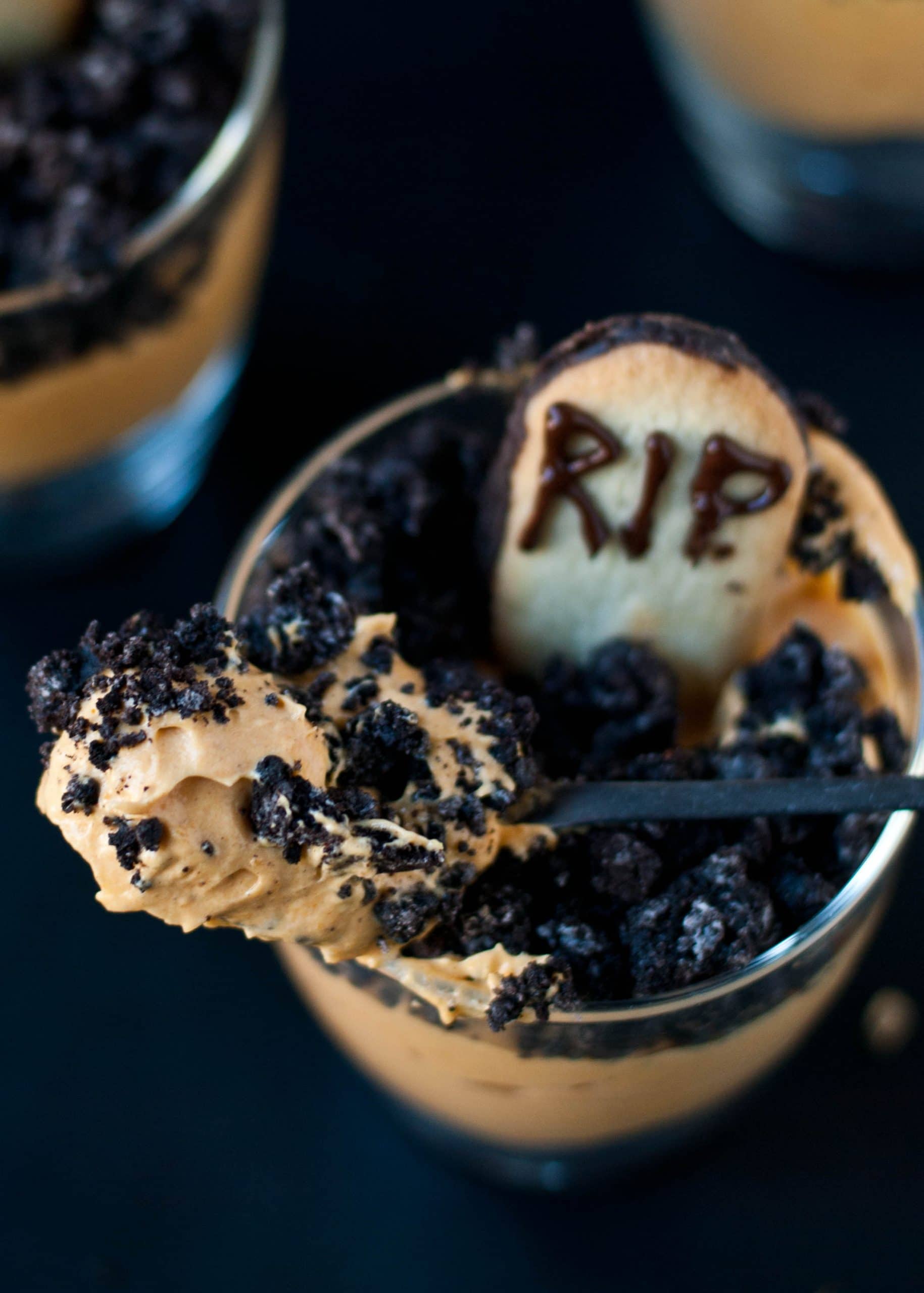 As cute as these little guys are, the best part about them is the taste. Pumpkin and Oreos are a surprisingly delightful combination. Except reaaaaally, it’s not surprising at all. Pumpkin spiced pudding and chocolatey cookies? This stuff was bound to be good.

I’m so excited to see all the other Halloween recipes my fellow Sunday Supper contributors came up with this week. Whether you’re looking for creepy, cooky, fun, or just plain delicious ideas for your Halloween party, you’re sure to find them in the list below!