This Caramel Apple Pecan Tart is warmly spiced and begging for a scoop of ice cream. It’s my belly’s preferred method of welcoming October. 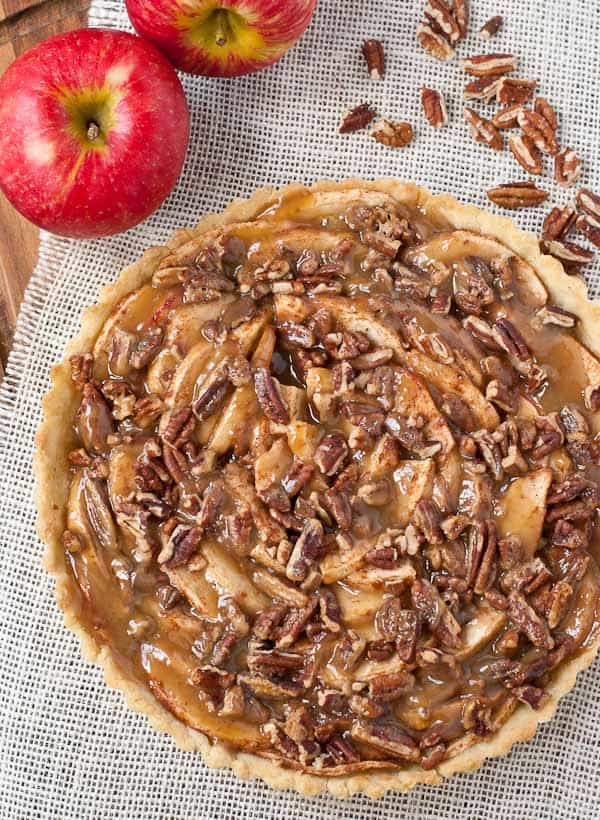 Is it just me or does fall trigger a baking fever in you too? As soon as the weather starts to cool, I’m ready to fire up the oven, cover myself in flour, and fill the house with the scent of cinnamon and nutmeg. I think I’ve baked more in the last two weeks than I did the entire summer. This is very good news for you if you have a sweet tooth. Not as great of news if you’re on a diet. My apologies in advance.

The latest in my baking ventures is this simple, elegant apple tart. There’s so much I love about this recipe it’s tough to know where to begin. It tastes like apple pie, but it’s a lot less work. The crust is DIVINE, and easy to boot! And the caramel sauce is so good, you’ll want to eat it with a spoon (or a straw, whatever’s fastest). 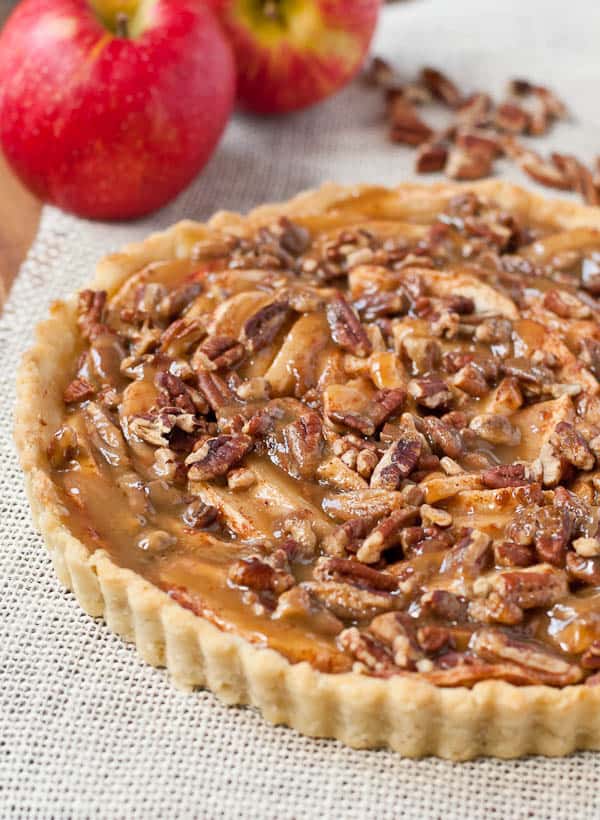 But let’s start at the beginning. This crust. I am so stinkin excited about this crust. I’ve already found the best homemade buttermilk pie crust, plus these three fabulous pie crust recipes, and I rotate them based on the time I have and what I’m looking for. But when I saw David Lebovitz‘ recipe for a French tart crust made with melted butter, I knew I had to try it.

The method for this crust is a little unusual. It starts with butter, vegetable oil, water, and sugar, which gets melted together in the oven until the mixture is bubbly and the butter is just starting to brown. 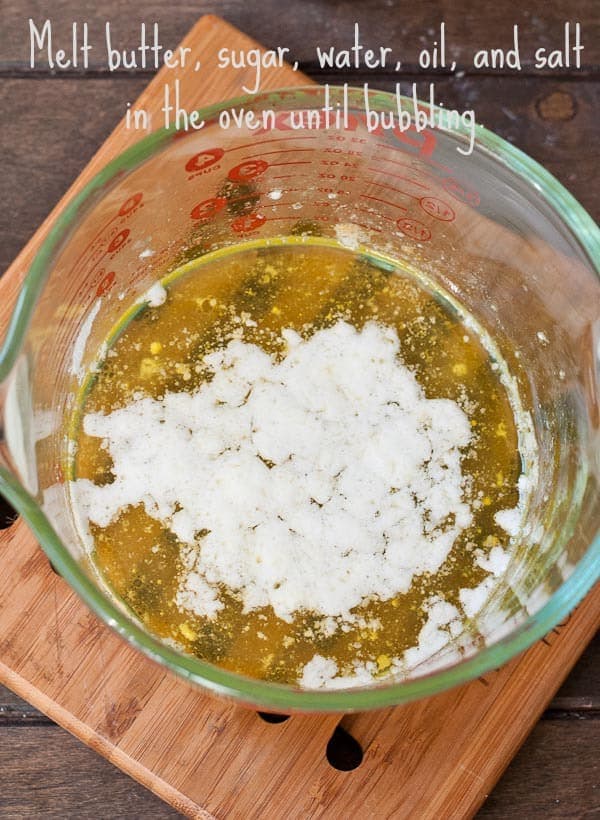 You then remove the (caution:HOT!) bowl from the oven and dump a rounded scoop of flour on top. A quick note about the flour. David’s measurements are all in grams, but if you don’t have a scale, your best bet is to scoop the flour out of the bin or bag leaving it with a slightly rounded top. I measured the flour several ways, some with spooning the flour into the cup and others with scooping, and the scoop with rounded top is the most accurate way I found. The important thing is to pay attention to the consistency. After you dump the flour in, stir it together until a ball forms. The dough will be slightly wet, but it should be moldable. Think warm play doh consistency. 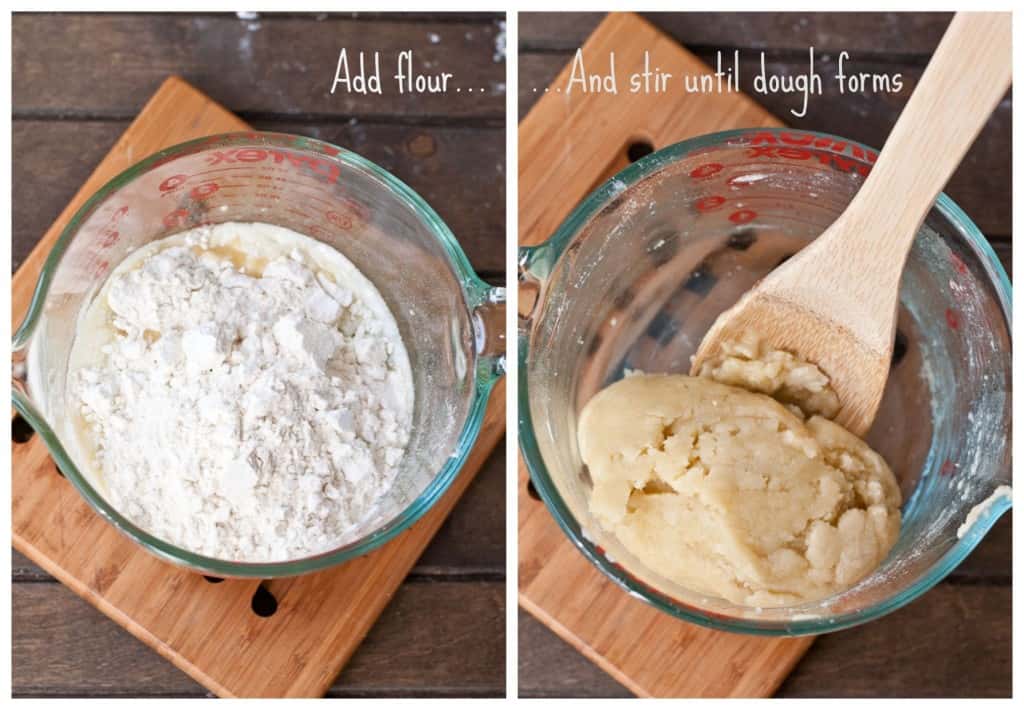 This makes me ridiculously, ludicrously happy. Who knew amazing tart crust could be this easy??

Once the dough has cooled enough to handle, you can press it into the tart pan, using your fingers to press it against the sides. The tart is baked for 15 minutes, which gives you just enough time to peel and slice the apples and toss them with some cinnamon and cardamom (cardamom is a divine fall spice–I definitely recommend picking some up, but you can omit it if you don’t have any on hand). 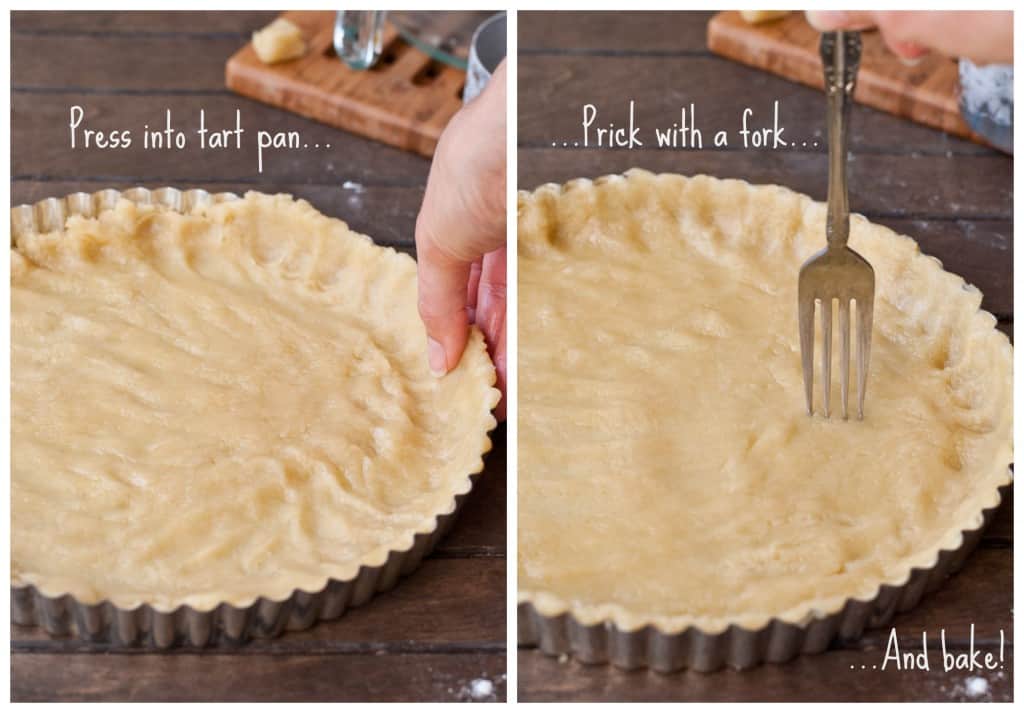 When the tart crust is done, arrange the apples in the pan as prettily or haphazardly as you like and sprinkle them with chopped pecans. Then pop them back in the oven for another 20 minutes. 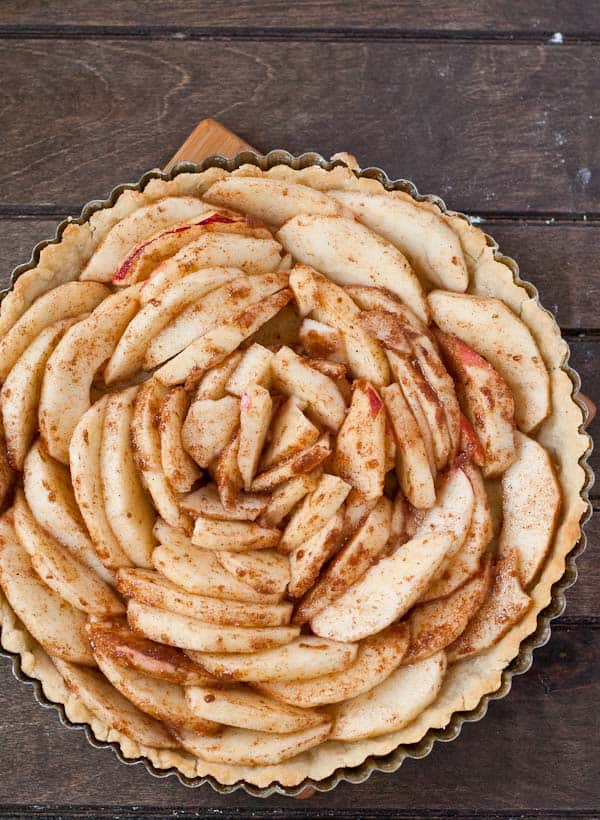 In the meantime, you can make the caramel sauce. You may recall this Maple Caramel Sauce from the Peach Slump I made back in August. I cannot get enough of this stuff. It is so easy to make, and it tastes incredible. A million times better than anything you can buy in the store. And that’s not an exaggeration. 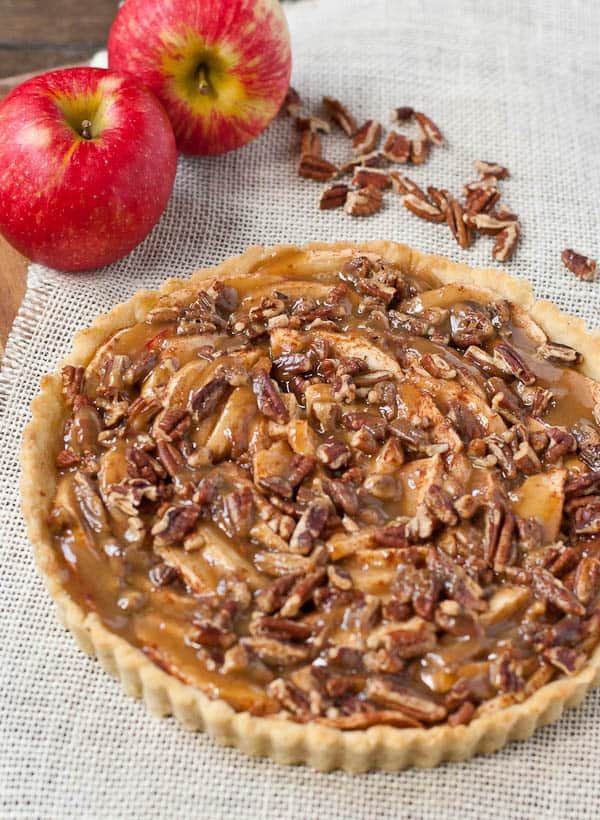 After 20 minutes I pulled the tart out and drizzled it with all but about a 1/4 cup of the caramel. Then I popped it back in the oven and baked for about another 10 minutes, which left the apples soft but still with a bit of crunch.

This recipe would be a great twist for your Thanksgiving table. I served it warm with ice cream and an extra drizzle of caramel sauce. I like this tart because it’s a little less “soupy” than traditional apple pie. The apples aren’t cooked before they go into the tart, so they retain some of their firmness and bite, which I love.  If you find yourself dipping the extra crust pieces in the maple caramel sauce,  you’re in good company. We should definitely be friends. 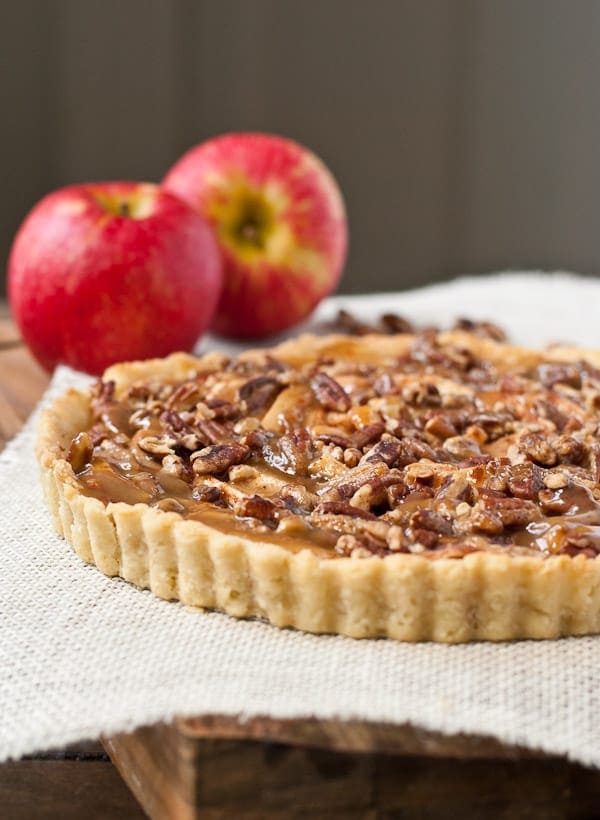 For the Maple Caramel: