This easy, no bake Scotcheroos recipe is for folks who love chocolate and peanut butter! 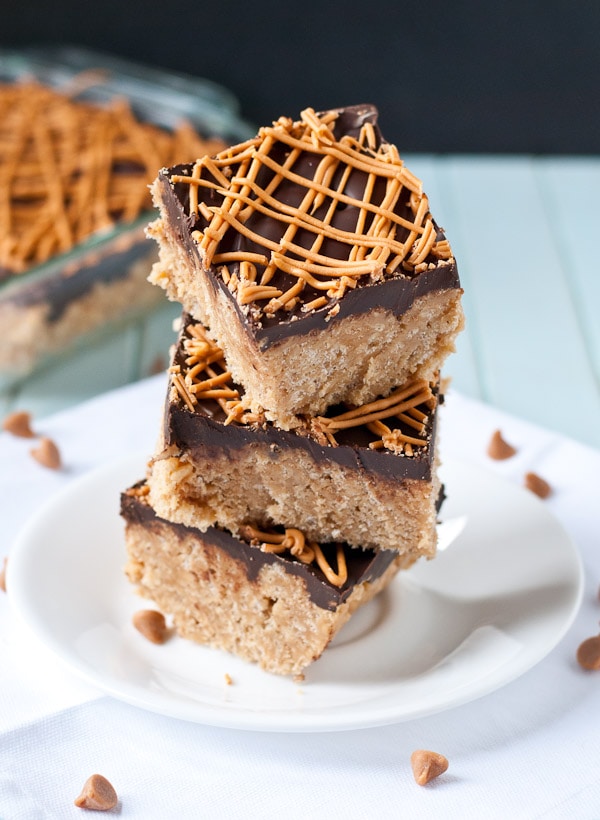 I’ve had Rice Krispies sitting in my cupboard for…ever. I don’t know what possessed me to buy them. Neither of us eats them for breakfast and I haven’t eaten a marshmallow Rice Krispy treat since I was seven (approximately). So there they sat, taking up precious cabinet space with their snap, crackle, and poppy uselessness.

Finally, I decided enough was enough. The Krispies would be used one way or the other. So I got the box out and turned it on its side to reveal the Rice Krispy treat recipe I knew would be printed there. But alas, too my surprise, a different recipe has made it’s way onto the box. A recipe called Scotcheroos. I vaguely remembered trying this treat as a child, but couldn’t remember if I liked it or not. I decided it was worth another go. 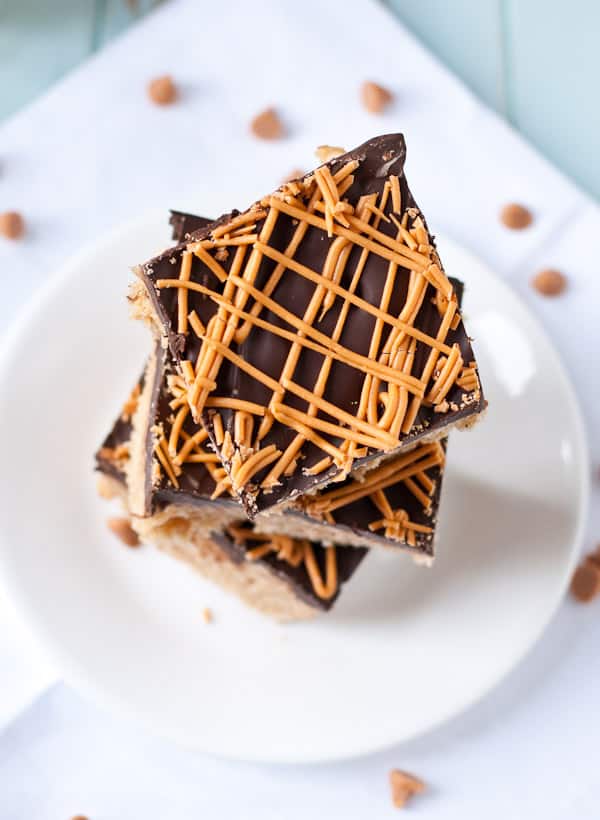 Here’s my adult assessment of this ooey gooey knockoff. Basically, Scotcheroos are Rice Krispy treats with peanut butter instead of marshmallow and a chocolate butterscotch frosting. In other words, pretty darn good, especially if you’re a fan of chocolate and peanut butter.  I myself have never been a huge fan of the combo (I know, I know I should be banned from eating dessert for all eternity, blah, blah, blah), BUT I actually enjoyed these quite a bit. And others in my family, especially The Mr., really loved them.

Not surprising, since he once ate a Fluffernutter sandwich, washed it down with chocolate milk, and in the same breath requested that we make Reese’s Pieces Cookies again soon. He’s a big fan of just about any combination involving peanut butter.

A quick note on this recipe: The recipe for Scotcheroos calls for the butterscotch and chocolate chips to be melted together and poured on top. I decided to keep them separate and pour the melted chocolate on first then pipe the melted butterscotch on top. This made for a prettier bar, but when they were cut, the butterscotch crumbled and some of it fell off the top of the bar…

So if you’d rather be utilitarian than pretty, I recommend sticking with the recipe and mixing the two together before pouring them on top. Just for fun, I’ve included a photo of these bars I took over three years ago so you can see how it looks with the two mixed together. 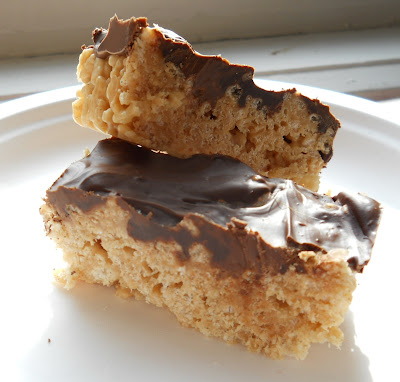 If you happen to have a box of Rice Krispies whose existence in your cupboard remains a mystery, I recommend you try this twist on a classic. You just might feel like a kid again.

Take 5 minutes to mix up a batch of this dippable Amish Peanut Butter Spread!