This Copy Cat Max and Erma’s Chicken Tortilla Soup is cheesy, has a nice strong kick at the end, and is filled with hunks of tender chicken. 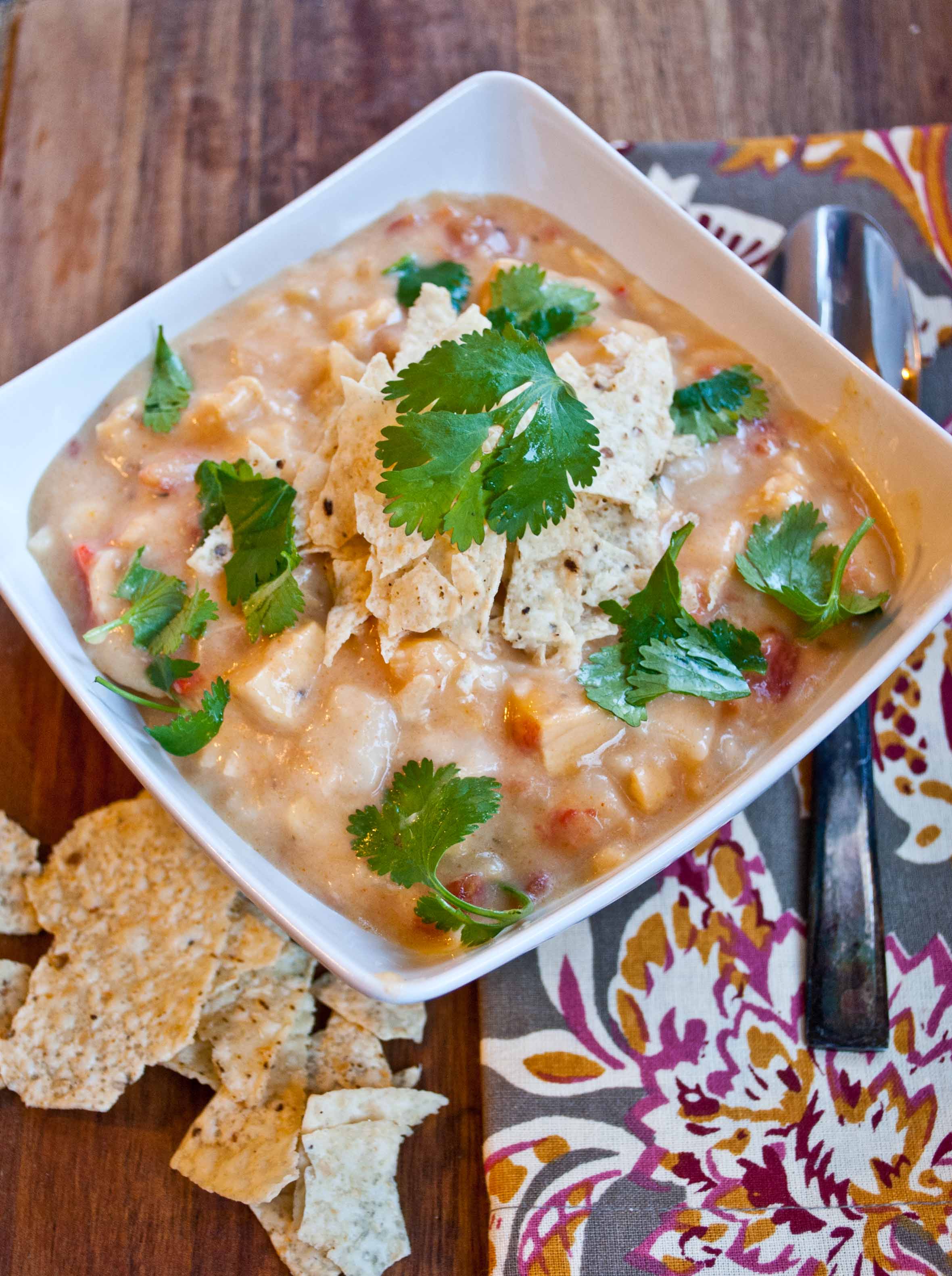 Have I told you before how much I love soup?

And Chicken Tortilla Soup just so happens to be one of my all time favorites.

But there’s this problem. You see, I have this thing with tortilla soup.

And only Max and Erma’s Chicken Tortilla Soup.

Max and Erma’s is a chain restaurant that started right here in Columbus. We live about 5 minutes away from the original location, which is a great place to catch a football or basketball game. The Mr. loves the burgers. I love the chicken tortilla soup. We both love the warm, gooey chocolate chip cookies.

They even have a burger based on the tortilla soup which is served with, you guessed it, a bowl of the soup for dipping. That’s right. They take a juicy burger loaded with spicy pepper jack cheese and tortilla strips then give you a bowl of spicy, cheesy soup to dunk it in. 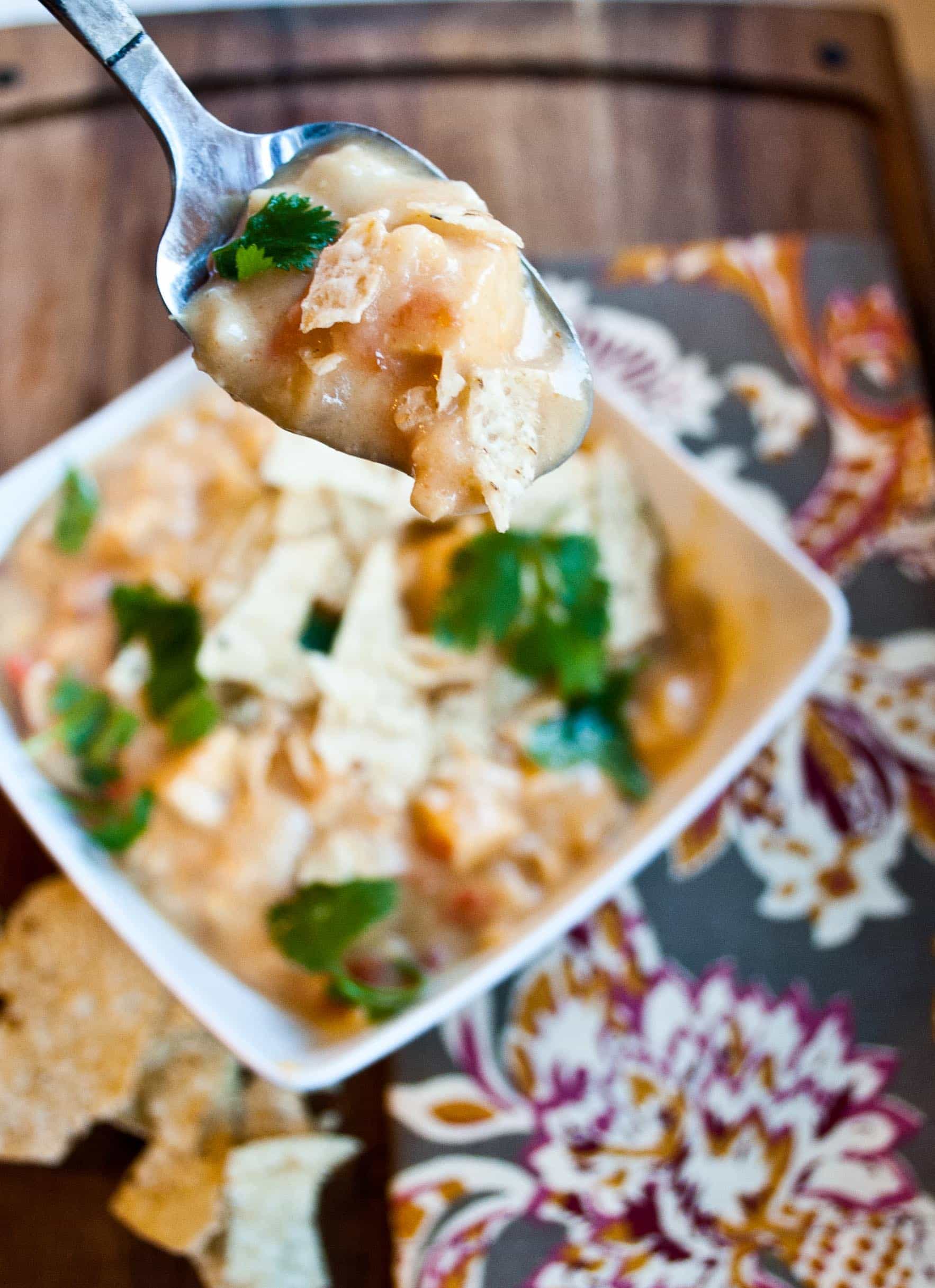 But here’s the thing. I’ve never wanted to make tortilla soup myself. In my mind, if it wasn’t Max and Erma’s, it wasn’t worth eating.

But then I found a Copy Cat Max and Erma’s Tortilla Soup recipe on Brown Eyed Baker.

This was fantastic news for several reasons:

A. This soup tastes remarkably close to the original. It’s cheesy, has a nice strong kick at the end, and is filled with hunks of tender chicken. I might even go so far as to say it’s better than the original. (Forgive me Max. And also Erma.)

B. I learned that chicken tortilla soup actually has tortillas in it. (Imagine that!) This soup owes at least part of it’s thick, creamy texture to the bits of tortillas that are cooked right along with the veggies.

C. It’s easy to make. If you have an extra chicken breast or rotisserie chicken around, this soup can be made in about 45 minutes, and most of that is hands off simmer time. That’s less time than it takes to drives to Max and Erma’s and order it yourself (even if you do only live 5 minutes away).

D. I can make this stuff by the VAT. No more being limited to a bowl here and there. This stuff can be made en masse then enjoyed for days on end.

Menu for the week? Planned.