These Wonton Apple Pies are a super fun way to get your apple pie fix. Great for parties or Thanksgiving day snacking! 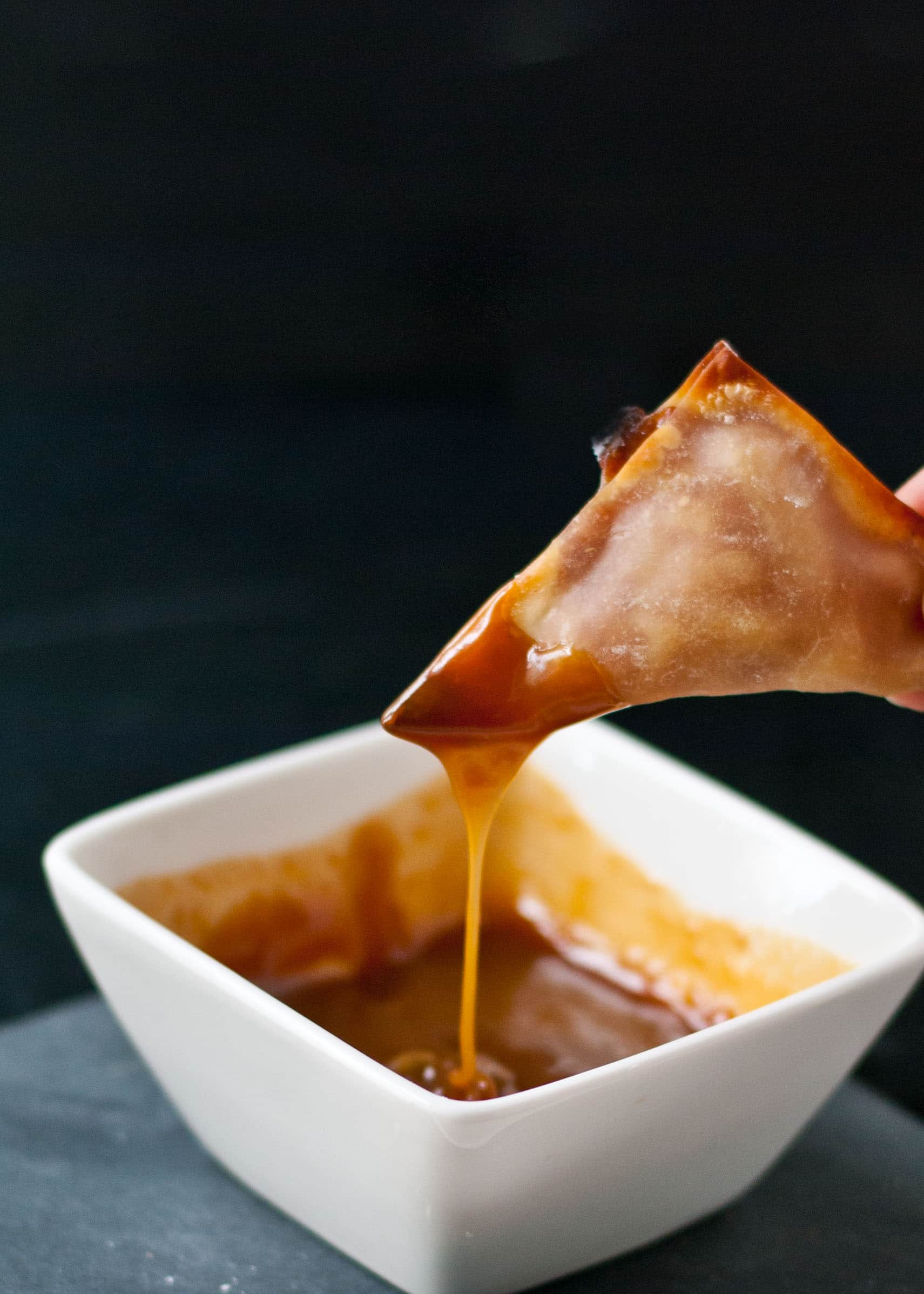 Well guys, it’s November (whaaaaat?), which means its officially pie time. Truthfully, pie isn’t my favorite dessert. I won’t turn it down, but I actually prefer a good cobbler or crisp over a pie.

But there’s something about November. The leaves fluttering from their limbs. The colors. The wind.

There’s something about big, crowded tables, and a house warmed by a rusty furnace and an oven that’s been cranking all day.

There’s something about pie. This time of year, it just feels right. 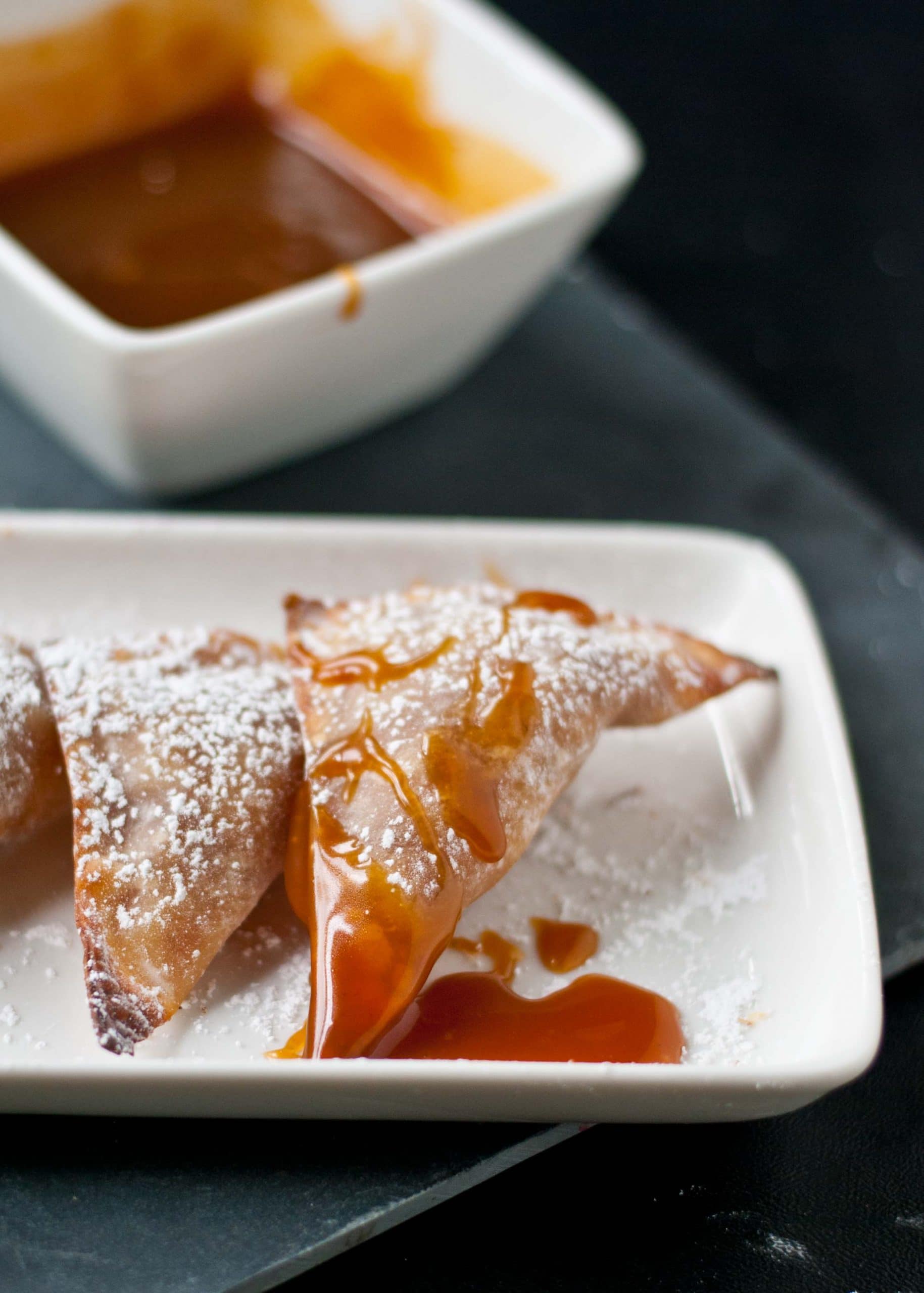 I think pie develops some kind of gravitational pull this time of year. It sucks us in. It draws us, zombie style, to the dessert table, even after we’ve stuffed ourselves silly with turkey and gravy and dressing. MUUUST….EEEEAT…PIIIE.

A few weeks ago, I felt the pull start to itch at the corner of my brain. Mmmmm…..piiiiie.

At the time, I didn’t have an extra pie crust in the freezer, but what I did have was a bunch of leftover wonton wrappers. I remembered the Wonton Mozzarella Sticks and thought, Heeeeey…why can’t they be dessert?

And that was that. Apples were chopped and cooked with cinnamon and brown sugar. They were carefully spooned onto wonton wrappers, sealed up tight, and baked until crisp and golden.

Those warm, crispy, gooey apple pies were then dunked in salted caramel sauce. And a girl in sweatpants and an apron (who shall remain nameless) died a thousand happy deaths at the first bite. 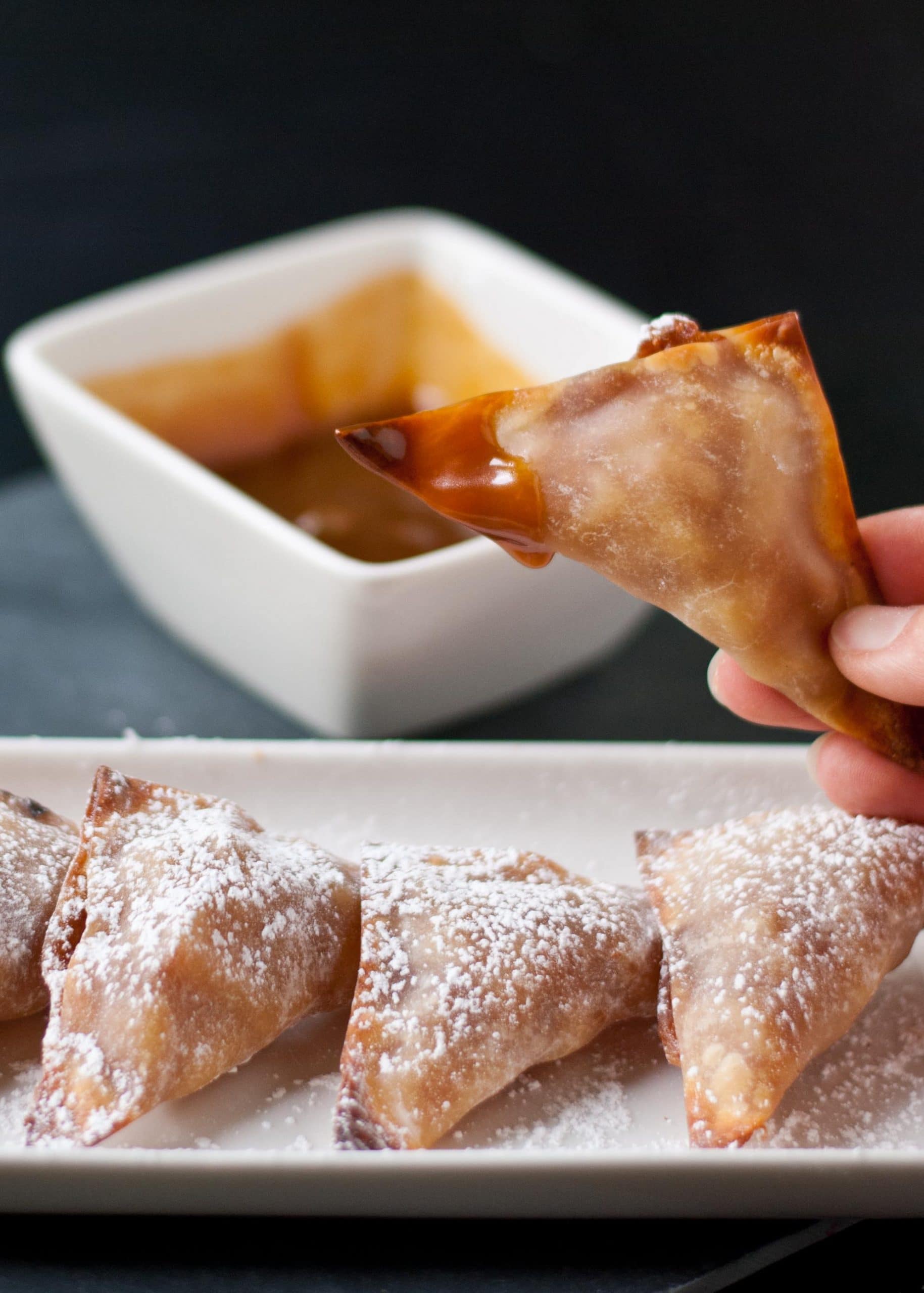 These are so fun, and soooooo GOOD! All the flavor of an apple pie, but wrapped in crispiness, and covered in salted caramel. The Mr. declared these one of the best desserts I’ve ever made. And that’s saying something, because I’ve made a LOT of dessert.

While not exactly a classic, these wonton apple pies would be as comfy on your Thanksgiving table as they would be at a party. I do recommend serving them warm if possible. You can make them ahead of time and just reheat in the oven right before serving. Give them a little sprinkle of powdered sugar, put out a big (BIG!) bowl of caramel sauce and let people go nuts. Trust me, everyone will be congregating around these babies. It’s the gravitational pull. 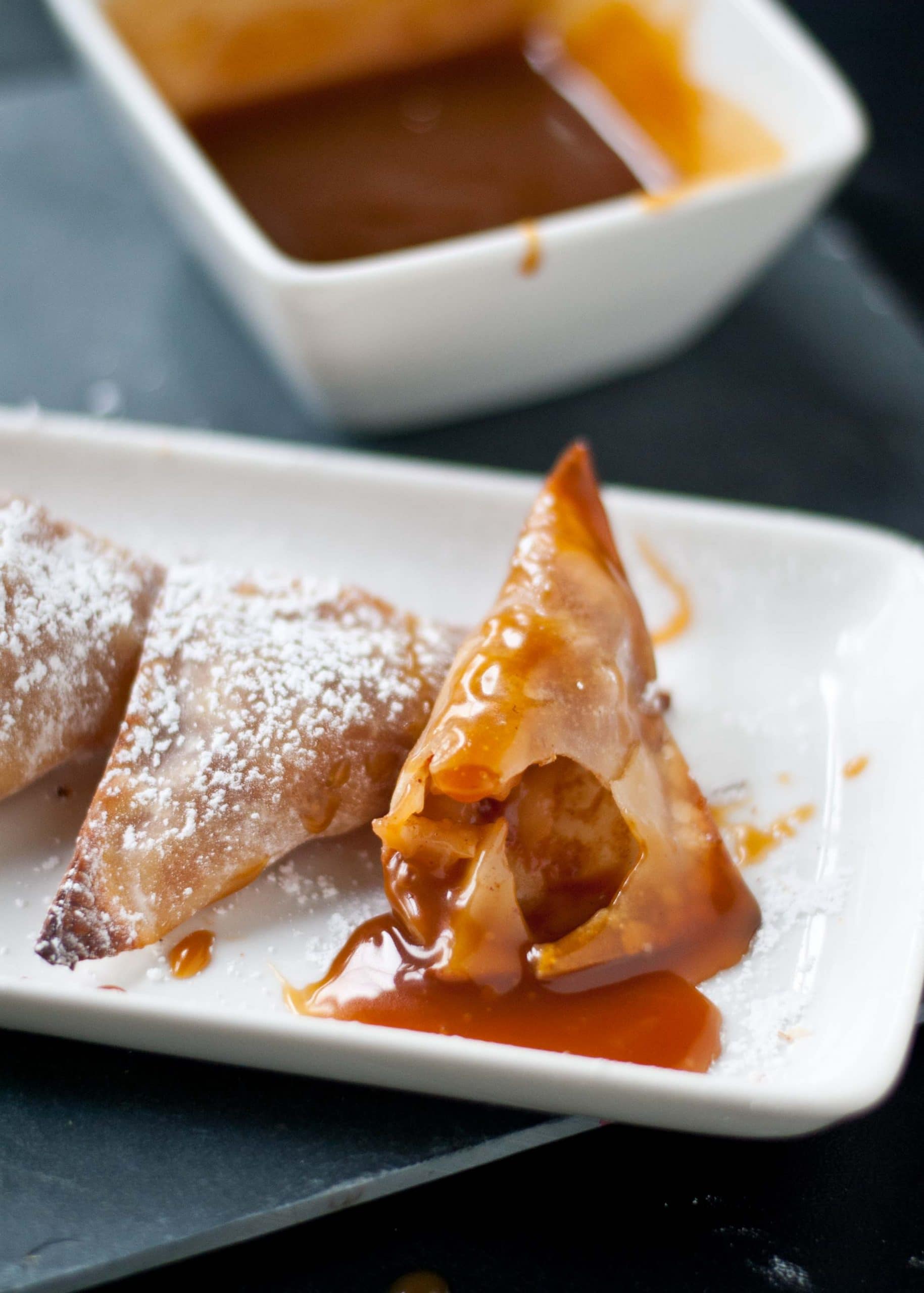 Need more Apple Cinnamon goodness? Start your day off with a slice of my delicious Apple Crumb Cake!