These Frankenstein Rice Krispie Treats are an easy Halloween treat the kids will love! 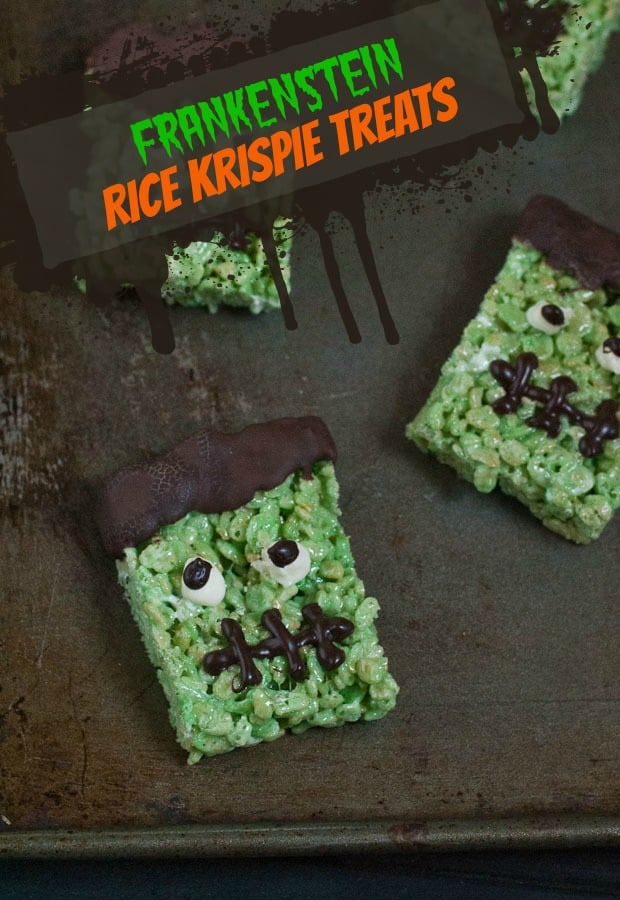 I’ve said before that I’m not really a “cute food” kind of girl. I worked in a bakery for awhile where I learned some decorating techniques, but after trying my hand at a few wedding cakes, I decided it was way too tedious for me. I don’t really like fussing over my food. I’d rather just eat it.

There are two exceptions to my anti-decorating, anti-cute food stance. One is holiday cut out cookies, because OBVIOUSLY Christmas isn’t complete without some stars and mangers covered in colored frosting.

The second exception is Halloween food. I don’t know why, but I can’t resist the hot dog mummies, dirt pudding graveyards, and spider web casseroles. It’s way too stinking fun not to join in. 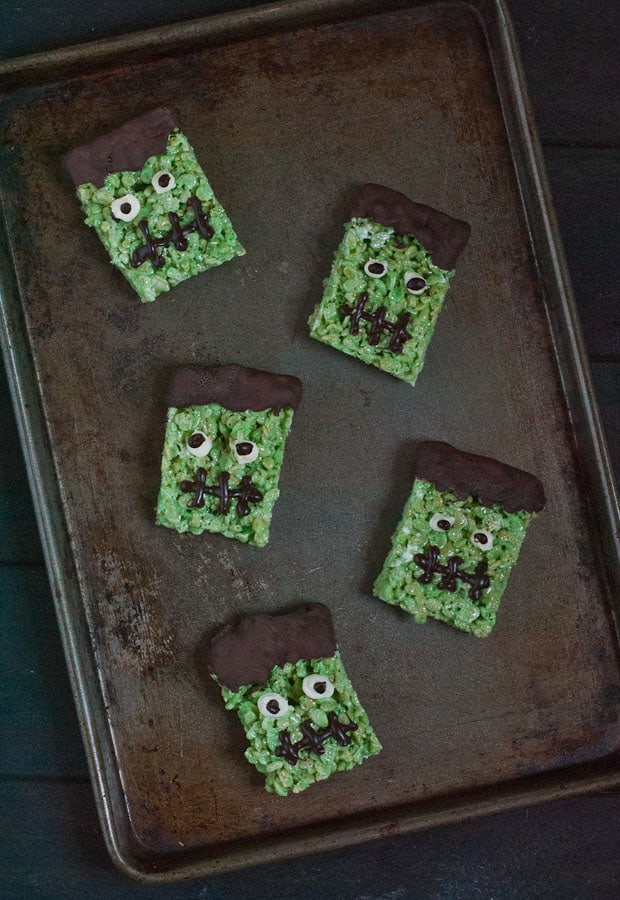 I’m working on a tight nap-time schedule these days, so time consuming treats are out. Instead I went straight for an old favorite: the rice krispy treat. Universally loved and ridiculously easy to make, rice krispy treats are basically a blank canvas for Halloween fun, starting with these Frankenstein treats.

I discovered a long time ago that chocolate dipped rice krispie treats are amazing, but it wasn’t until recently that I realized they’d also make the perfect Frankensteins! This is so simple, even you non-decorators can pull it off, I promise! Add a couple of drops of green food coloring to your usual rice krispies treat recipe then dip the ends in melted chocolate. Boom. Instant Frankenstein hair! I used a zip lock bag with more melted chocolate to quickly pipe on the mouths and a dab of white chocolate for the eyes. In about 10 minutes time, you’ll have a parade of adorable little Frankenstein monsters everyone will love. Here’s to easy Halloween treats! 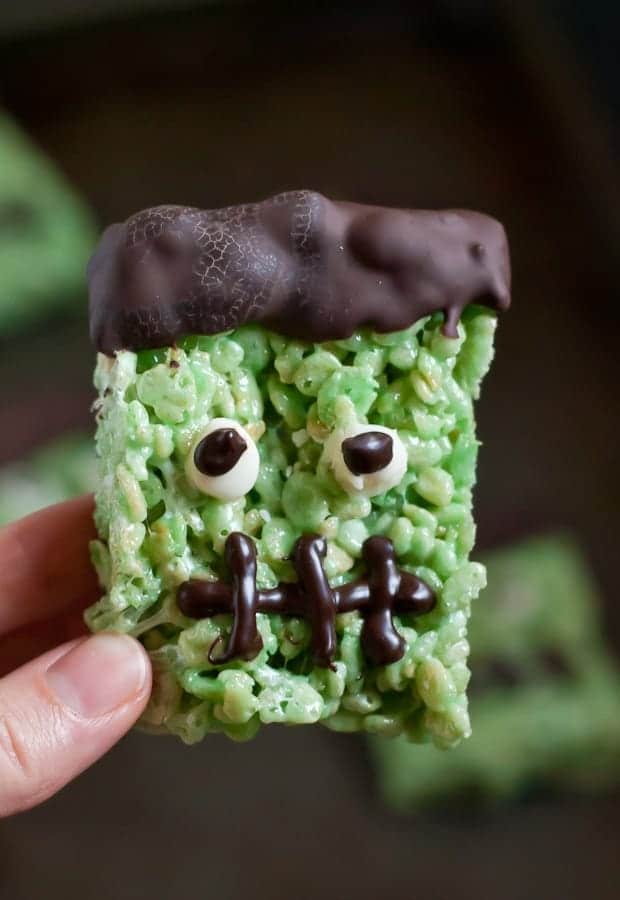